You are here: Home / Suspense and Thriller / A beautiful Menace 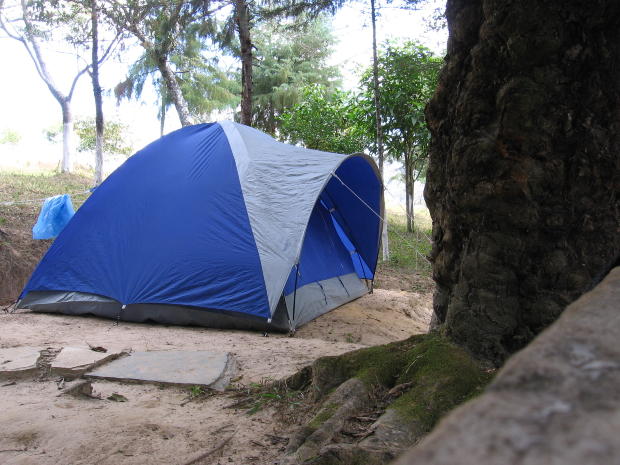 It was some years ago, I remember, that I went for trekking with my friends in the hills of Dehra. Mountains, where the gods gently speak to the lonely heart, have always fascinated and lured me with its utter charm. Hills of green and grey rock, misty at noon, hazy at dawn, molten at sunset; where fierce torrents rush to the valleys below.

As much as I remember it was chilling winter going on at that point of time. Indeed, there was snowfall in that area for quite a few days, so we were more than thrilled to go there. With full zeal and preparation, we six of us-I-Bunny, Petunia, Ralph, Laura, John and Virgil, went there. We were spellbound reaching there early at dawn when the sun was just peeking out from between the dancing clouds to twinkle the white dew snow covering like a blanket, the handsome hills, by our night bus from Kathgodam. Such a tranquil scene was that. The bus journey was so cozy that I couldn’t quite understand when the night fell and the light came

“It feels like I’m in the seventh Heaven”, said John with increasing his chest by taking a long breath, his hands on his waist. Then suddenly a crow came and eased on his head. We all burst out into laughter.

After searching a lot for an open area for our camp we found one, open and serene. When we finished the structure of our camp and lit the fire, I remember, it started falling snow. We all saw for the first time the white balls falling in front of us; it was such a calming experience. When I was lost in my thoughts, John broke the silence.

“Yeah, It’s gorgeous”, Laura said in a low voice with exhaling the breath.

“Guys, you see, it’s an unknown place…. let’s say, a weird place for us. So be careful and stay close to each other. It’s far away from our homes, so be in the best of your manner”, said I, in a superior voice.

“Here you go; you again started your lecture. Come on, we have come here so far for trekking and you are saying don’t enjoy.”John said in a sheepish manner.

I frowned, “Well, well, well, I am not saying don’t enjoy, I am just warning you all to be a bit careful, as I have heard of stray animals roaming around in the night here.”

I saw the fear in the eyes of them expect in John. He said, “Okay chap, I will.”

An hour or two before the sunset, we all went for our first climb around 2000 meters up the quite hill. It’s quite unusual that in the morn the birds sing and when the dusk arrives or is going to arrive, they become silent as if they have become dumb and then the hill seems desolate and dreary, and the animals start singing their their different tongues, which to us seemed very exciting.

We were all moving up, gossiping and smiling. We took a break in between half the climb for some snacks for we were starving like hell. Then we heard the voices of bats- the most dreadful birds to me.

Their hooting was very scary and every time they hoot it raised the hairs at the back of our necks. For that, we didn’t stop much and continued our climb. It was not even 100 meters up that suddenly I heard some footfalls following us, perhaps that was a bear, I don’t know. I stopped and looked back. “Wh….who’s th..there?”, I stammered. Silence.

“Who the hell is there?”, cried the strong boy John.

Again silence. Sweat started trickling down our red faces. “Let’s quickly run up from here, it seems it a bear”, I said in low voice.”What, exclaimed Laura, You didn’t tell us earlier that there can be a bear here.”

“Don’t panic I beg you dear lady, I know they ‘r afraid of fire”, I said, making a mashaal and when it was ready, we started running up. The sun started falling. It seemed that we under the control of a devil.

“It’s the most horrific experience I have ever had in my life”, cried Petunia.

“Oh, shut up and quickly move”, I said. She mummered something and then became quite.

The footfalls became more intense and we started running faster. Then again I moved back and shouted, “Go away you jerk, otherwise no one would be worse than me, you little creep”.

It started coming more nearer. And then its face was visible in the shining moonlight. It was a bear.  We were dumbstruck.  John said,” Hush, hush, go away; otherwise, I will smash you”.

But it was of no use. Then I threw my mashaal on him; he screamed and ran away. We sighed an air of relief.

“We won’t stop on our second spot, okay?” I said. Everybody nodded. “We will take the bus from Pahalgam which is some 800 meters up from here and reach back home”, I said by my voice stopping every time after three words, perhaps, for the chilling weather. Everybody nodded hesitatingly.

“But what about our trip, there was so much left, how can we miss that?”John said in a reluctant voice.

”Oh! Damn you and your bloody trip, John”, groaned Virgil, “Just forget about that now, and sometimes be serious”.

“But-“, said John but was interrupted by Laura, “That’s it, John”, she said in an angry voice. He exhaled a deep breath of unsatisfaction but was forced to accept.”Okay”, he said.

As we were approaching there, a river came in between. Fortunately it was a narrow one. It was frozen.  We crossed it in few minutes time.  We were all shivering in fear and cold. We could hear the hooting of the wild animals every now and then.  There was complete darkness, expect that the moon was glistening bright in the clear sky and the clouds dark smouldering. We reached the bus stop of Pahalgam after about half an hour.

“God’s gracious”, said Petunia in a soft voice with her eyes closed and a small grin in her face.

We all hugged each other in relief seeing the stop.

“Is there any bus to Pahalgam for today?” I inquired at the office.

He said, “Sorry, there’s none for tonight but you can get for tomorrow morning at 5”.

Such a dreadful experience was that, still it’s fresh in my mind till today. The bus journey was so cozy that I couldn’t quite understand when the night fell and the light came.

That day I realized if the hills are beautiful, they can be a Menace also.