You are here: Home / Suspense and Thriller / THE CRAZY GYPSY 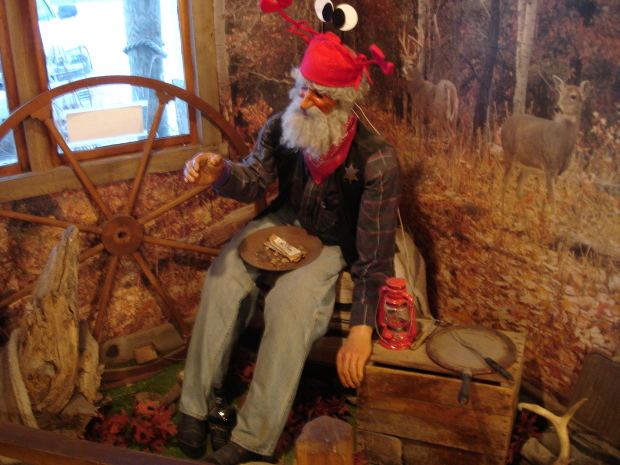 The drive on the highway seemed to be never-ending and the destination looked unreachable. The GPS in the car showed a two hour route to the city. The road looked desolate with few vehicles driving past once in every twenty to thirty minutes. The pine forests covered the sides of the highway and rarely  a side road led from the highway into the forests. I wondered how dense the forests could be and what lay beyond them.

I opened the thermos and drank the water remaining. Six hours had passed since I had started from my home. The new workplace demanded a shift to the new city. The whole car looked more of a warehouse (if it were not for my last minute preparations) stuffed with  bags, clothes some of them lying astray on the seats, my laptop on the front seat and my phone on the dash .

I drove fast maintaining the speed limits on the ‘highway speed boards’. A man stood on the side of the highway waving hands at my car signaling a halt. I applied the brakes to stop a little ahead to where he stood. The man walked to my vehicle. He was a tall, dark, black eyed, middle aged man with shoulder length hair. He looked like a gypsy from what I had seen of them. He was dressed in a white creased cotton shirt and a faded blue jeans. He had a backpack which was half his size.

“Can I get a lift to the next town?”The man sounded less frightening than he appeared.

He moved the laptop and occupied the front seat and placed his backpack on his lap. I felt it needless to inquire his name and particulars. I drove silently but the man seemed to blabber too much . He talked about roads, forests, cars, phones and what not during the short span of drive from the point he had boarded the car.

“Can we play a game young man?”The question was unpredicted and before I could reply the man started reciting some counting rhymes which I had last heard on a school playground.

Daddy had a donkey

“What  are we playing?”I was still confused about the game he intended to play.

“Stop the car..” I stopped the car wondering if the stranger was planning on an outdoor game. I was here in a hurry to reach my new home.

The gypsy got out of the car and before I could know what happened we had exchanged seats.

“This is going to be fun. I love car racing….” He put all his power on applying the accelerators and soon we were flying on the road.

I looked at the gypsy and the speedometer in a manner that would signal him to speed down the car. But he seemed to ignore. I kept quiet all through the journey thinking how crazy he could be.

“Where are you heading to?” I asked the man as he steered the car into a side road that led to the pine woods.

“There is a short cut here through the woods to the next town. “ He steered sharply through the side road into the woods. The pine forest looked less dense as we drove through them. I was relieved as we were travelling at  a comfort speed through the trees.

The side road was a narrow path for a single vehicle to pass through the woods. The road had many curves and I felt like my head spinning.

Before we could know what was happening the car had hit on a huge pine tree and the front of the car was trivially damaged. The engine would not turn on.

I expected an apology from the gypsy. But this one crazy man instead laughed lightly at the damage.

“There is not much of a damage. Let me see what can be done.”The gypsy inspected the damage and after about an hour he came out and looked at me. He looked dirty and I said to myself “the black devil”.

“ We will have to seek professional help. There is one garage in the nearby town.”The gypsy added.

We walked among the tall pine trees. A small brook flowed amidst the trees. The water looked clear with small fishes swimming in them. The gypsy washed his face. He splashed the cold water on me. Though I was a bit reluctant at first, soon we were throwing water at each other. The cold water seemed to soothe my anger. I felt refreshed from the tiredness of the journey.

The gypsy opened his backpack and took out an aluminium foil cover. It  contained sandwiches and some cookies. He started to dine on them.

“This man was not only crazy but also had no manners left in him.” I could hear my stomach growling. I was madly hungry.

“ How can I get to the garage?” I asked the man who was still feasting on the tuna and spring onion sandwiches and the smell coming from the food seemed to overwhelm my hunger.

“ This way to the next town. The garage is located in the heart of the town. ” He pointed to the grassy pedestrian path on his right .

I was angry with myself. The whole scenario rewound in my mind from scene one – the gypsy waving his hand to stop the vehicle till now me walking in this forest to find the garage while the “devil” sat enjoying his early dinner. The evening was getting over and the early dusk had started to set in. I wondered if there were any wild animals in the forest.

I walked hurriedly through the trees in the dusk light and after about twenty minutes I could see the small town. The street lights in the town looked like fireflies in the distance.

In less than fifteen minutes the mechanic and myself in his car reached the woods via the highway roads. The car was repaired in an hour.

I looked around for the gypsy in the woods. He was nowhere to be seen. I had seen him last having his dinner.

The night had begun and I thought it would be best to drive back to the highway and continue my journey. The possibility of wild animal attacks in the forest at night could not be overlooked. Besides the route was unknown to me.

I had just driven the car out of the woods when suddenly I noticed a small note on a crumpled paper lying on the front seat beside me. It looked like a page from an old telephone diary.

Thanks for the wonderful ride in your car. Sorry buddy I am taking your baggages and other stuff with me. Don’t worry I have left something for you too.”

I looked around the car. The car which had looked like a warehouse till now looked like an isolated island. My laptop, my baggages, my phone everything was gone.  What remained in the back seat was the backpack which the gypsy had been carrying. I opened the bag to find some old clothes and some stale food which the rude gypsy had left for me.

I drove the car to the highway in the light of the headlamps. My mind was crammed with the stories of “highway robbers” which I had heard from fellow mates. Alas now here I am left with a “bag of old underwear boxer briefs ”.