You are here: Home / Suspense and Thriller / MAN OF PLASTIC 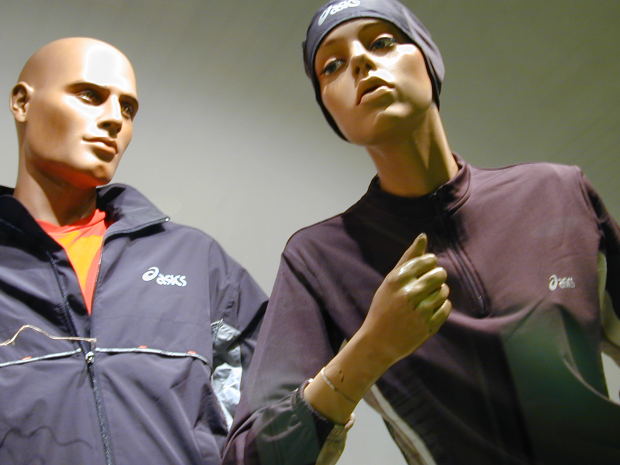 Our nature lies in movement; complete calm is death.

He then feels his nothingness, his abandonment, his insufficiency, his impotence, his emptiness.

I was doing documentary on Eric Malkovich, whose singular disappearance has been one topic of conversation through the length and breadth of nation. The tragedy had been so uncommon, that we were suffering from a plethora of surmise, conjecture and melancholy.

It was one of those cases where the art of reasoning should be used rather for sifting details than acquiring evidence. We had exhausted everything we knew about him. Even after 37 days of rigorous search and investigation, we could not arrive at any unquestionable result. The man just vanished like a fart in the wind. The overwhelming likelihood was that he would die.

Things started to lurch towards crazy, and final outcome was so horrible that it has been baffling authorities ever since

Eric was a successful man in most of things, he was happy and content. We have been married for five years and have a kid.  But the sweet world is often plucked too soon. I don’t see how I can go on living my life the way I have lived before. How can you detach from something that you have invested so much of your soul in?

It was indeed an inhospitable evening, which brought Mr. Malkovich to my doorway. His visit was unexpected. As he was feeling uneasy, I prescribed some regular sedatives to relax him. The thing that still haunts me is that I was the last person to see him as himself; I cannot help blaming myself for his present state.

His sight made us flee in terror. He was not exactly human; he resembled something close to a mannequin. His face was as flawless as mannequins, devoid of eyebrows and smeared in cosmetics. His jaws clamped so unnaturally tightly, that no teeth could be seen. He was completely calm, expressionless and motionless.

We thought it was best to restrain him until the doctors and experts arrive. He had blank expressions on his face, but for a moment he turned his emotionless eyes towards us, as if he was scanning and did something unusual. He smiled.

Eric Malkovich had evolved into mannequin. His skin was smooth and bright as porcelain, but it had the look of flesh. The cleft in his chin would disappear upon closer inspection. His lifeless eyes were reflecting his soul. But how can one render emotions to such a face, frozen in a single moment? There is a strange power that Eric exudes.

He is neither man, nor mannequin; maybe a bit of both.

This is a very odd thing. It is supernatural, for lack of better word. It raises all sorts of biological and philosophical questions about the nature of self, about the existence of soul.

Adaptation is a profound process. What I came to understand is that change is not a choice. It happens and you are different. Survival of the fittest is the law of the land. It is a journey of evolution, adaptation. The journey we all take; the journey that unite us.

What if all the mankind that ever lived on this Earth evolve into some mannequin? Time is not far when mankind will be doomed and ‘Artificial people’ will take over the charge of world.

It is curious the paths life can take, dead ends to which destiny can lead a man.

In nature there is no death, just reshuffling of atoms. Eric is not dead; on the contrary, he is immortal. Consciousness is a terrible curse; I think, I feel, I suffer. But things are different for Eric, he will not age, he will not decay, he will seduce people to pursue him. It is hard for me to believe that the man who had so much life in him turned into lifeless dummy. I feel like a walking cliché, Eric being gone.

Mannequins have fascinated mankind for centuries. Indeed, these glorified coat hangers have a genealogy that goes back to ancient times.

When Howard Carter opened King Tut’s tomb in 1923, he discovered an armless, legless, wooden torso, made exactly to the pharaoh’s measurements, standing next to the chest that held the ruler’s clothing. Dating from 1350 B.C., it may have been the world’s first dress form. Nero’s wife had an inanimate surrogate modelled in her own image to help her review her clothing choices.

People have always loved fantasy versions of the human figure. We are brainwashed this way from early childhood with dolls and toy soldiers. Such was the allure of the then-wax figures that window shopping quickly became a form of entertainment.

They stand through the crowded malls of your mighty city, to be in the midst of whirl and rush of humanity, to share its life, its change and all that makes it what it is.

This could all be a hoax, an act of god, or some malevolent being, or simply a conjuring trick. Fear immobilizes people. Most people freeze up when something traumatic or frightening happens, it is only instinct.

As I was standing in front of Eric Malkovich in Mannequin Museum, cudgelling my brains, a sensation swept through me as quick as lightning:

It is very convenient, isn’t it?

A man disappears mysteriously, police failed to find him; his wife was emotionally and financially broken without him; his family doctor was under suspicion. But suddenly he reappears as mannequin and everybody wins. Despair has its own calms.

Eric managed to be representative and ironic at once, straddling the ground between fact and fiction. Sometimes illusion is the only reality.