You are here: Home / Suspense and Thriller / My Magnum Opus 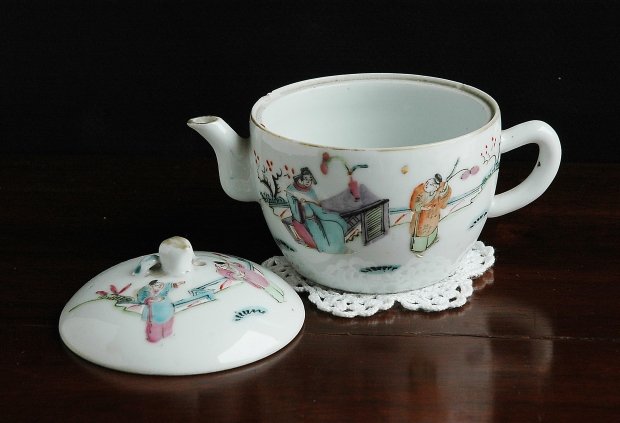 I met him for the first time at an Alcoholics Anonymous meeting. He was seated right next to me; we glanced at each other visibly ashamed of our current predicament. I then smiled at him weakly with my right hand outstretched. I introduced myself and told him how alcohol had ruined my life, distanced my family from me, resulted in my divorce and how my boss had fired me for always being hung over in the office almost every morning. He sympathized with me and shared a similar story, of how he too had been divorced recently and was facing problems at work.

We soon became good friends. We met every Sunday at a little cafe adjacent to the Plaza hotel. After three weeks of attending AA, we had both made progress. We were doing better professionally, but our private lives were still a mess. He spoke a lot about his research in cloning, and the advances he had made. I too had a background in biology and could relate with him, though my current job was in another field.

Every time he tried calling his family, they hung up without even listening to what he had to say. He smiled at me,slightly embarrassed, whenever this happened. I smiled back and assured him that in time, everything would fall into place and we would both win our families’ trust back. We had grown to learn each other’s likes and dislikes. He gifted me a beautiful Swiss army knife one day, and I gifted him the book “The Collected Short Stories Of Roald Dahl”.

We met again on a Sunday, as usual ,at the little cafe. We placed our order: two cups of coffee, ham and eggs for him and a tuna sandwich for me. He remarked that he had read the entire book over the course of one week and really liked the tale of “The Hitchhiker” and “The Landlady”. I replied that they were my personal favorites too and smiled mischievously. The waitress started serving freshly prepared coffee from a kettle. There were three other patrons in the café, besides the two of us.

The waitress approached our table towards the end and poured our cups to the brim. He started sipping his coffee first, after the first sip his face turned ghastly pale. He looked at me wide eyed. He screamed at me to stop,as the cup touched my lips.He felt that he had been poisoned. I looked at him in what I hoped was disbelief. Then, the other three patrons fell to the floor after sipping their cups of coffee. I called for ambulances immediately. He was now profusely sweating, but was still conscious. I asked him to try and induce vomiting to eliminate the toxins from his body. I sat beside him and with gentle pats on the back, I got him to eliminate his most recent meal into a bowl. The ambulances arrived and took all four of them to the nearest hospital. I told him, I would get to the hospital and meet him as soon as possible in my car.

After they left, I returned to my seat. I took out a brown envelope from my pocket. It had his initials on it. It had already been opened. I went through its contents. It was exactly what I was looking for. He had progressed a lot more with his cloning trials, than he had led me to believe. I took a couple of photographs of what my employer needed. I picked up my cup of coffee and sipped it.It was perfect, just as I had dreamed it to be. It had a really nice aroma to it and faint smell of bitter almonds.

Everything had gone according to the plan-from the book I gifted to the café we frequented, and now my magnum opus – the coffee. Everything so far had been a build-up to the coffee. I winked at the waitress as she was clearing away the evidence. I complimented her for the coffee and hiring the three actors for our little skit. The day before, I had prepared a concoction of dark chocolate and crushed almonds to give our coffee a faint scent of bitter almonds, like a potent lethal drug, I knew too well.

I punched a familiar number into my phone and whispered “I am coming home, baby” and smiled to myself. I now had the simple task of going to the hospital and slipping the envelope back into his coat pocket, undetected. My accomplices at the hospital would tie up all loose ends. The three other patrons would have been treated for an allergic reaction to peanuts, from a dish they had consumed just before the coffee and my dear friend would be advised to rest for a few days after his panic attack.

I was soon transferred to another city, but I still kept in touch with him from time to time, because you never know when your employer may ask you for an encore.
__END__