You are here: Home / Suspense and Thriller / Shivering 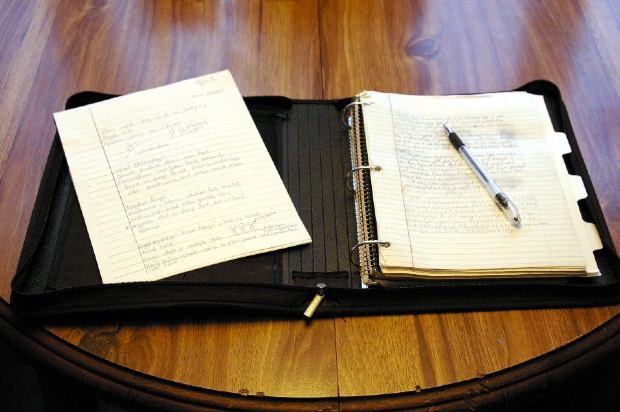 My 10 years of career as a psychiatrist, I have seen many cases like heavy depression, acute mania, schizo’s etc.. I have given them all my love and care. Most of these conditions need caring and affection than medication. Most of the psychiatric medicines have many side-effects and they can bring negative effects in patients. So personally I prefer counselling for my patients than medication if possible. But some of them need medical assistance. And, this medical assistance alone won’t work. The patients must be treated with love and care, not just by the doctor, but by his family and friends.

I have treated and cured most of my patients. I don’t remember most of them because I am not good with faces and names. But I will never forget that boy who came to see me on my 38th birthday, that is exactly five days before. He was short, thin and have a cute face. But what I noticed first was not his physical appearance. His whole body was shivering. Shivering like he was standing in kulu manali without a coat or a sweater. I was very frightened to see him shivering. I was even more wondered to hear that the boy came here alone. I ordered tea for him to make him warm and gave him a coat, but he rejected the offer. He told me that he is not shivering because of the temperature. Yes, that’s right. I was pretty sure that he wasn’t shivering because of the temperature because google was showing that the temperature was 38 degree Celsius. And, I don’t think google is wrong because I was sweating like hell. I can see that he was sweating too.

To start a conversation, I usually use a deduction technique. Like guessing my patients age and the reason that he or she is here (of course, only when my patient is in a conscious state), but at that moment I was helpless. I was just looking at his condition. Maybe because he saw the helplessness in my face, he started talking. I can even sense that shivering in his voice. He said, “Doc, maybe you are wondering why this shivering freak is sitting in front of a psychiatrist.”.

Actually, that was exactly what I was thinking. Then, he gave me his medical reports. I took my time and carefully went through them. It was actually a full body checkup which says that he is perfectly all right physically. I kept those files on my table. Again, he was the first to talk. He asked me “Now doc what do you think”?

I tried to talk, but I was feeling something heavy in my chest. A 17-year-old boy with such mental pressure. Yes, it was mental pressure. Sometimes in anxiety disorder and severe depression the patient will have this kind of effect in the body. But I haven’t seen anything this extreme. The boy was moving like a 90-year-old. I cleared my throat and started talking,”Ajay, I don’t think we should discuss your condition without your parents’ presence. So I will be more comfortable if you bring your parents with you”. He smiled. I could feel the pain in that smile. He slowly rose and walked back trembling.

I called him back and asked him to sit. He was again the first to speak “Doc, I am a person without many problems. My parents love me a lot. So, I don’t want my parents to know that I am psychic”.

I was very proud of that boy. Usually, a person who has such disturbances never agree and turn up to a doctor themselves. Ajay continued “Doc, I will do whatever you ask me to do. But you must give me the word that you won’t inform anything about this to my parents”.

I sighed and started talking “Ajay, I give you my word. But you should also promise me that you will share everything, every single problem of your life with me.” Ajay took a deep trembling breath and started “Doc, as I said earlier I don’t have many problems in my life which affects me. I was always very sensitive even when I was a child. But the last one year I could feel some change occurring to me. In the beginning I thought it was my youth that’s playing. But..”

He again took a deep breath. I can see that he is still shivering. I kept my hand on those shivering hands and made him feel that I can understand. He continued “Doc, I can’t control my emotions..”

I took some time and started talking “Ajay, I can understand”.

“No one can understand me,” he said furiously.

I was little stunned to see that sudden change in his voice. I was wondering whether that furious sound came from this trembling ba**ard? I again started speaking calmly “Son, I am a person who hears about, hundreds of problems, verities of problems a day and I am one of the best psychiatrists in the country, if I don’t understand your problem, then no one else will”.

From his expression I could understand that he was convinced by that. I actually did understand his problem. He was bipolar. Bipolar 1 disorder. Very rare in India. It’s common in America. I prescribed some antidepressants and lithium. And asked him to come back a week after. He rose and walked back still shivering. When he reached the door, he turned and asked me “Doc can we meet somewhere else? I am not comfortable with the atmosphere here. I am feeling like I am mad”.

I smiled and gave him my address and asked him to come a week later. I wasn’t able to stop thinking about the boy. He was just 17 or 18. I must help him. I will treat him like my son and give him all the love and care. Hoping to see him soon.

Ajay closed the dairy, still shivering. He kept the dairy on the table. He kept it near the name board which, says Dr. Sunny DeCruz. He took the knife covered with blood and slowly walked toward the door. He turned, came back and took that diary, kept it in his bag and walked away, still shivering.