You are here: Home / Suspense and Thriller / The Sniper 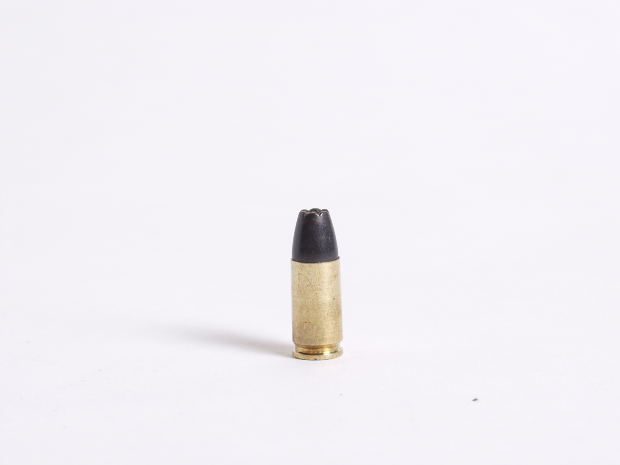 The sniper took careful aim and fired, the bullet hit the target directly in the chest and he lunged forward. Before anyone could realize what had happened, the yuppie standing next to the blue suited gentleman, the target, had caught him as if he was hugging him and dragged him away from the scene. The yuppie carried the gentleman to a car standing in the parking where another man hauled the target inside, including his satchel. “Ok, mission accomplished, lets go” said the yuppie, and pumped the air with his fist. This was a signal to the sniper.

A few hours ago, Althaf had positioned himself on top of a building overlooking the parade ground. It was 26th January and the governor and chief minister would be there to take the salute for the Republic Day parade. Armed with a telescopic rifle with a range of 200 mtrs he was sure not to miss his target. He never had. Today would be his 50th assignment, a half century as he liked to call it, something that he was immensely proud of. Not many were aware that he was an excellent marksman until that fateful day when they took him into their fold and his journey towards today had started.

Around 24 years ago, as a kid of 12, Althaf had seen his father gunned down in his own house in the town of poonch  in the Kashmir valley, by the security forces. His mother had tried to intervene but had been hit by a bullet and succumbed to injuries. The only son of his parents, he had not been able to fathom why his parents had been gunned down and that too by the security forces. The grapevine had it that his father had terrorist links and was involved in the killing of a few jawans in the valley. Althaf never really believed it, at 12 he really didn’t care. The stark reality that faced him was that his parents were killed by Indian armed forces. A few months after the incident, just after his 13th birthday, Althaf disappeared from his town. Nobody in the town had heard from him after that.

Where were you all these years? Salim had asked him when he had surfaced in the city 4 yrs back. .. “and this is how I reached dubai, around 10 years back, thanks to Adil bhai. By Allah’s grace I have made enough money so I decided to come back and right some wrongs” Althaf said.

“Insha allah” said Salim .. but he couldn’t help noticing the fire that was burning in those hazy blue eyes. He had tried asking Althaf what he really did, who Adil Bhai really was, but the chirpy kid was now a sullen, serious and reserved character. Salim decided to let it go at that.

Althaf used to disappear for days together and then return, also money was never a problem with him. The life he lived was lavish and the gifts he gave were generous. “Are you sure you are not with the wrong set of people or doing something wrong?” Salim had once asked him.

“Do not worry , brother, I am only serving Allah” he had said and suddenly those eyes were veiled behind a steely expression which had pre-empted any further questions from Salim.

A few later months he had moved out of Salim’s house when Salim had got married. He now used to live in a simple 3 room flat in the heart of the city in a pretty plush locality where he had been living for the last 3 years since he had moved out of Salim’s house. He paid his rent on time, was cordial to the neighbors and hardly mixed with anyone, nor was seen with anybody frequently. Every morning a car would come to pick him up and drop him home in the evening. HP call center was what he had told the people. Anyone in his building would have vouched that he was a good guy, albeit reserved and with nobody to call his own except a few people who visited him sometimes.

“At the parade ground, he’ll be there; our people have got the information. That’s when you’ll have to take him out” a deep voice from the other end of the phone said.

The next few days were days of incessant activities for Althaf. Though nothing seemed amiss to the people of the building where he lived. Every morning the car came to pick him up and drop him back in the evening, and on days when his shift changed the car used to pick him up at nights and drop him back in the mornings. He knew he had a façade to keep, he knew he had a target to achieve and towards that he kept working incessantly for the next couple of months.

The morning on 26th jan 2008, Althaf got up early in the morning, offered namaz to pray to the almighty for success. This he did when he went to every assignment; he trusted Allah to take him through every trail of his, for was he not acting as per the command of the lord.

At 5:00 AM he perched himself on top of the building and set his sights. He had articulately cleaned his telescopic rifle so as to ensure a smooth working of the machine on D-Day. The first set of people started to trickle in at the venue, Althaf had to keep himself from feeling sleepy, but the predator that he was, he knew well enough that lethargy would spell doom for him, so he kept himself active and awake. The police were beginning to scan that area but fortunately for him, they never came where he was. Althaf thanked his stars for that.

7:15 AM, there he was, wearing a blue shirt; Althaf put aside his binoculars and pulled out a photograph from his case. The photograph was exactly the man who now stood with a small group of people in the parade ground waiting for the governor to arrive. The target located, he readjusted his binoculars, and scanned the ground. He soon heaved a sigh of relief. There was the yuppie, nearing the target, nobody even noticing him as he mixed with the crowd. There would be no communication between them after this, except sign messages and that too if needed. The yuppie was accompanied by a girl , who looked much like his girlfriend. Althaf saw this and frowned. Silently he offered a prayer hoping that the yuppie would not screw things up.

7:45 AM, the governor had unfurled the flag and the crowd as clapping. The march past of the state police would begin in the next few minutes and the dignitaries would be proceeding to their seats.

8:05 AM the march past had begun, the dignitaries were seated at their places. The blue shirted man was talking to the one of the secretaries of the dignitaries. Just then the yuppie walked upto him and engaged him in conversation. He drew him back a few rows where he was seated. The gentleman in the blue shirt clearly seemed to be disturbed by something and it looked like he did not liked to leave his place away from elite company. He turned to go back and that was when Althaf fired. The silencer had muffled any noise and the only voice was a muffle which was drowned in the cheer of the crowd that was watching the parade. The yuppie, pretty much quick for his stature, showed that he was a professional and before anyone could notice, with a smile on his face had caught the falling gentleman in the blue shirt. A couple of people turned but he just dismissed them with a wave of his hand saying all was well. The girl joined and together they carried him to the parking lot where a car was already waiting. The car took the 3 of them and sped off.

Althaf looked at this watch. 8:13 AM. 8 minutes and the work was done. The sniper had struck again. One more mission accomplished. His 50th, all of it for Allah and he was proud of that. He left the premises, and nobody noticed as nothing untoward had happened. The parade was ending but Althaf was in no mood to watch it.

ATS Deputy Chief Adil Siddiqui was smiling; he had just received an SMS which said. “Happy Republic Day”. As soon as he had entered his office. He went to the communications room, where he called up a hotline number meant especially for the deputy and the chief of the ATS. “Mission accomplished Sir. The bomb has been defused. And no sir, we’re sorry, the carrier is dead. You can take charge of the body and the belongings whenever you want.”

With a smile on his face Adil Siddiqui walked out of the communications. He took in a lungful of fresh air and looked afar onto the traffic that was starting to buzz on the roads of the city. Today was going to be a wonderful day after all.