You are here: Home / Suspense and Thriller / Up To Scratch 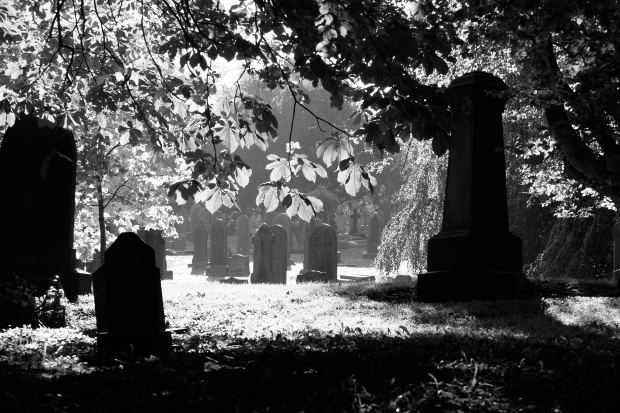 It’s been seventy years since my great-great grandmother died. She had been ill for some time and her body had wasted away until she was little more that and scare-crow: tatty, dark clothes draped over a stick-thin frame. Her collar-bones were as fine and fragile as a birds. My great-great grandfather was devoted to her until the very end, and when she dies he was devastated.

There was no careful preparation of the body in those days. Corpses where put into coffins and then put into the grave as quickly as possible. Funerals were conducted with a haste that we today might think undignified, but at least my great-great grandmother had a decent strong coffin.

Even at the grave side my great-great grandfather sobbed and pleaded for his wife to come back to him. As the rain fell and the first shovel full of soil was thrown onto the lowered coffin, he half jumped, half fell into the grave and draped him self over the coffin lid hugging it and begging us to let his wife out. In the end a doctor had to come and give him a sedative. In the night he had a terrible nightmare in which he imagined his wife waking up and desperately trying to claw her way out of the coffin. He screamed and flailed his arms around in his tormented sleep, and when the doctor arrived he begged him to have his wife’s coffin dug up. The doctor administered another sedative but my great-great grandfather was revisited by his nightmare every night that week, and every night he begged the doctor to remove his wife from the grave.

The next night he dreamed that he was in the coffin screaming and bellowing to be dug up, suddenly he woke up to the sound of his wife’s voice screaming for help. My great-great grandfather grabbed his shovel and ran to where his wife was buried then threw his shovel into the grave and started digging.

He dug the grave at a snail’s pace. His whole body trembled. He was terrified, he was digging from 2:00am and he only finished around 5:30am. He climbed down to the coffin and tried to haul off the lid. My great-great grandfather just pulled and pulled at the coffin but still couldn’t open it. His nails were all broken and his hands were pouring with blood.

Suddenly the coffin lid flew open, there was dirt all over his face and in his eyes… There was his wife, all pale and dirty just lying there. He climbed out of the grave and walked away the heard a noise, he stopped, ran back and and saw his wife trying to climb our of the grave. He bent down and helped her out and even thought she smelt rotten and she was very dirty he still gave her a hug. He picked her up and carried her back home.

When they got home he asked her if she wanted a cup of tea and she replied “Ooh yes please” in a very croaky voice. He went into the kitchen, made her a cup of tea and brought her two rich tea biscuits. 2 hours later they both went to bed

The next day she woke up and my great-great grandfather was gone. She got up, went down stairs, went into the kitchen and saw him standing there with a knife. “What are you doing” she said, he walked over to her slowly and she started walking backwards into the living room and stopped. He kept walking towards her then he stopped, raised the knife and in defense she grabbed a pen from the nearby coffee table and then stabbed it into his arm and then ran out side, into the grave yard and jumped into the grave that she came out of to hide from him.