You are here: Home / Suspense and Thriller / To the forbidden lands… 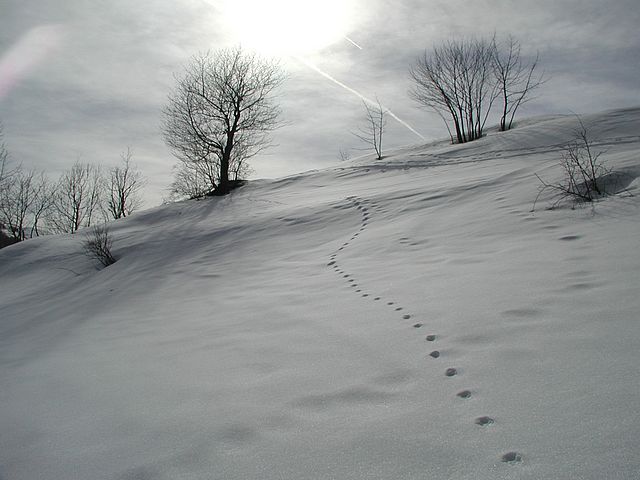 Looking up, his eyes only felt on the tall hazels covered with bluffed coatings of snow. With eyes half opened, the place appeared to be completely different from the one he had to forcefully stop last night. The eastern harsh winds added with stiff snowboards forcefully allowed him to go nowhere but to settle succour to where he was. The body ached and asked for a kind reboot from the heavy tired journey to the top. Samir indifferently tried to move- to succumb out of last night’s tiredness but had failed and instead heard blurry sounds of murmurings from his environment. The murmurs were loud enough to highlight that certainly many lives were present near him. His lamp, that he lit last night for protection was flurried by now that he understood by the disappearance of the light rays. He guessed the time to be around six- too late for continual of hiking.

Visibly, the fogs had disappeared by the time when he was lowly in a condition to get up and go ahead out of the tent to smell the fresh air. For him, it had been a great journey so far- successfully he topped one of the highest peaks of the Everest and that now he was returning back with moments transacted on his Nikon. It was a fun where he enjoyed tremendously unfurling the unknown situations covered with fog that had another story hidden behind it.

Getting out of the small tent, he found men jostling around the base area of the mountain- which was totally empty till the last night. Focusing curiously, a tea stall was buffed with tourists cementing a strong adda on the wooded bamboo chairs and that few were out on skateboards. Several small kids clapped while a few boarders performed dribbles in the snow. Strange was it for him to see hidden things that he didn’t find the night before. Divulging out further, he stopped at the tea stall, and ordered a raw liquor tea for him. While the tea was being made, he looked around the tourist faces and then above at the beauty of the nature’s adobe.

“Strange, isn’t it?” he asked rather to himself though the stall keeper’s face nervously broadened up at him. “Nothing was there till night and now it’s full.”

“Sahib, it is a cold place. Nights are experienced with harsh climatic conditions while the days are mild. We are always open at morning but the entire land is abandoned during night. We stay a kilometre away from here, to a safe place.”

It was what the beautiful woman told him before landing back the tea cup to where it was and probably before he left. The people, who were enjoying the morning hike seemed unusual as to no one even, looked an inch into his face. As if he was invisible to them except the storekeeper. It took half a decade minute to pack up everything that he had and to go back down the rally to the outskirts of the mountain. The certainty of coming back here again next year was fixed for him.

“A long way’s memory had been caught up in this camera” he said boastfully, to a young driver as he merged down to a small valley under the Annapurna Range. From behind, the mountains looked like a silent heaven from where he had finally tracked down.

“You- you went there…” the nervous driver pointed up to the range where he had tented last night. Looking at his face, Samir urged to say him casually, rather boasting, that yes he was there probably for a day after the hike.

“Last month, a mammoth snow storm broke the entire area. Three hundred tourists and shops were crushed. And you say me to stay there, that you really had?”

Suddenly an eerie feeling spiked Samir. He thought the young driver was making fun of him when he finally brought up a news article out from the locker that had its front page printed with a snow –storm from last year.

‘A terrific storm slashed away three hundred tourists and shops yesterday as it had been recorded as the worst case ever experienced by the Nepal Valleys.’ It read. A pale gray face took a minute to create a hue on him. How can it be possible! I stayed there!

“It is remembered by everyone and not a single life lives there until that day.”

Beneath the news article, three women’s photos were printed, who were certainly discovered during the scan. And to add to Samir’s eeriness, it had the same shopkeeper’s photo on it. The shopkeeper, from whom he bought a cup of tea today morning.