You are here: Home / Suspense and Thriller / The Last Port of Call 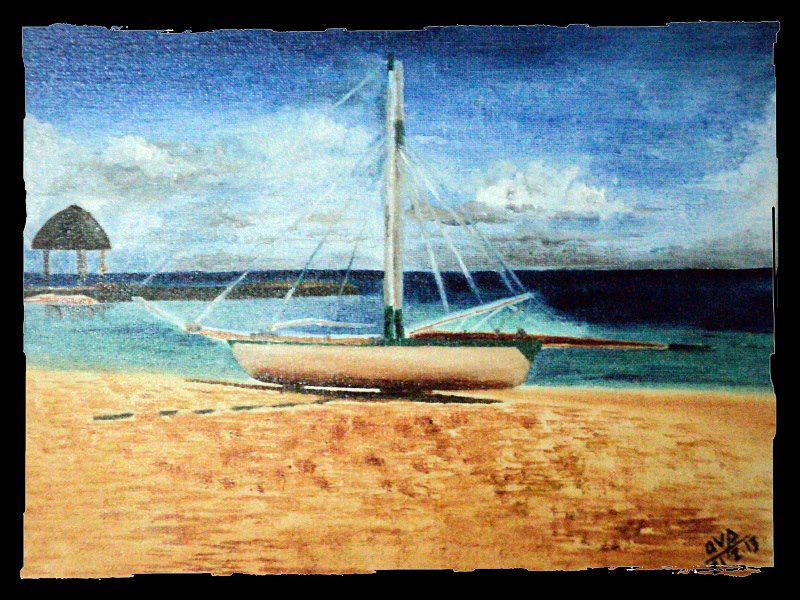 The State of Maryland holds a lot of American history, and it was on the eastern shore of the Potomac where I brought in the year of 1980. Carter was President. Digital and wireless wasn’t available, only cassettes and paperbacks. Terrorism was a joke, and yet the whole country was about to take a swift change without anyone’s knowledge by the end of that year. The 80’s were coming, but I could not have cared less.

The scotch went down smoothly as I settled into my seat. Moments later the Amtrak train was pulling out of Washington D.C.. I thought of how the last 6 weeks of school in Piney Point wore me out. It wasn’t attending class you understand, it was the constant parties I attended almost every night. I was ready to catch a ship, and New York was the place to get one. 2 weeks later The Transcolumbia was coming out of mothballs, and I got a job as an unlicensed engine room watch-stander. This ship was an old “Tramp” as we called them in those days. She had a C4 steam plant and heavy lift boom cranes. We actually carried the wings of the Discovery space shuttle to New Jersey, before setting out on a trip across the Atlantic. After 2 trips to Western Europe the mate set a course for the Panama Canal, and we were to make a 3 month tour of Asia.

A Seaman’s career has a starting and an ending point like every other career. Anything in-between has neither a start nor an end. One event just blurs into the next. Days seem like minutes, minutes seem like hours. This sort of lifestyle is about as unpredictable as it gets. Always in a strange place, always doing strange things. What happened in Pusan, Korea was more funny than strange.

When we tied up there, I was told to slow down. We’ll be there a couple of weeks. I spent the first night on Texas Street. T-Street in 1980 was wild. I walked into a place called the Oasis. After a few drinks, I slept in a room upstairs with a lady I met at the bar. She was fantastic. So, the next day I was at the breakfast table on board bragging to every one about the “Oasis”. The next night, I was in the same room at the same place when I heard some commotion. Glass shattering and shouting soon followed. I wanted to go down to the bar for more beer. The lady with me told me to stay there, and she went to get more beer instead. I thought nothing of it.

But when I walked through the bar the next morning to get a taxi back to the ship, I had to stop and take a look around. The place was in shambles. Stool and chairs were overturned, a big mirror behind the dance floor looked like a few beer bottles hit it. there was class and debris everywhere. I hurried out and went back to the ship.

I had the day watch when the ship was in port. I took that watch since I was the first engine crew member to get on board. That day was hilarious. I ran into the Captain in the messhall. He was drunk and was trying to stay on his feet. When he seen me, he started reading me the riot act about not wanting to have any trouble with the crew. I cut the conversation short and headed to my cabin, laughing my head off. But the following day after bragging about the Oasis bar, I noticed that one guy had his arm in a sling. Another guy had a black eye. Someone else had a few bandages on his arm. No one would talk to me. It wasn’t until dinner time when someone told me what happened the night before. Another American ship was in port, a nonunion ship. And they crew just happened to be hanging out at the Oasis that night. Needless to say, some heated conversations started and it was an all out brawl in a matter of minutes. Ho well, sailors will be sailors. Enough of Korea. After a few more ports, we pulled into Subic Bay, Philippines.

Speaking of strange places, it doesn’t get much stranger than this country. But to define strange, one would have to have grounds for comparison. I had none, save the fact that I couldn’t understand why, during Holy week they deemed it necessary to crucify themselves on a cross, wear barbed wire around their heads, and flail themselves with tree branches after being cut with razor blades for the blood splattering effect as they marched down the street. Who was I to judge anyway? I was never the religious type. In fact, I was a stone cold alcoholic.

The only thing I did religiously other than drink was to find the closest brothel. That was one part of their culture I found very interesting. And those people knew how to party. So, the one month I spent there convinced me that the Philippines was by far the most mysterious place I will ever visit. I vowed that one day I would return, but not in the fashion that General MacArthur did. So, return I did. And of course that is another story.

Ferdinand Marcos was the countries President then. I had no idea of the turmoil which ensued his reign, but again what did I care? A celebration was taking place in Olangapo. It was Mardi Gras, and the party was just getting warmed up. Traffic was closed off. Platforms were being set up for rock bands to play all night. All I had to do was to find a hotel room with an air conditioner. The heat and humidity was almost unbearable, and it seemed that every hotel was fully booked. Finally, after a couple of days I got a room with not just an air conditioner, but a small fridge as well. I filled the fridge with San Miguel, and found a lady to bed down for the night. If this was heaven, I would have been glad to die that very day. But when I got back to the ship the next morning, I realized that all I had was a key. I couldn’t remember where the hotel was. I must have passed that place a dozen times ever the next couple of weeks to no avail. That lady had a free room with beer for a week. good for her. She deserved it.

The Navy hated us, because we made more money back then. And I wore long hair, cut off jeans and sandles when I went out the gate. The Navy guards always gave me a hard time. So one day I filled a plastic bag with about 20 bars of soap. As I went through the gate, the guard went to stop me. I ran through and he gave chase. After the gate there’s a bridge going over the river. The first time crossing that bridge was an experience. If the stench from the river wasn’t enough to make my gag, seeing the kids standing waist deep calling out to toss some coins down did the trick. this particular day was the last day ashore for me, so when I approached the middle of the bridge i waited for the Navy guard to catch up. just when he was a couple of footsteps from me I emptied the bag of soap into the river where the kids were swimming. Soap was a big commodity then and there was a black market for it. I didn’t care. I just wanted to piss the guards off one more time.

Our trip ended in Port Huemene, California. I got off of the ship at the very same pier that I would working on many years later. Yes, that is yet another story. I’ll never forget the Transcolumbia. That ship was the same vessel that Christopher Buckley made a trip on and wrote a novel about. “Steaming to Bambula” it was called. He made a few technical discrepancies, but over all a good sea story. My hat is off to you Christopher. You sure picked the right ship.