You are here: Home / Suspense and Thriller / The Girl in a White Dress 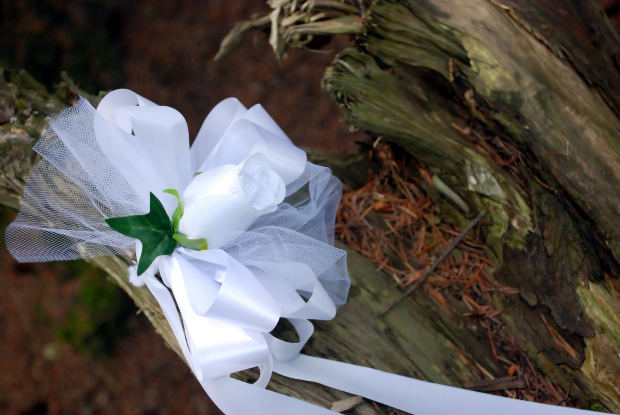 I heard the sound of a girl screaming. Surprised by these sudden horrifying sounds, I had to wake to see what was going on. I hurried towards the next room of the hotel in which I was staying. I looked through the keyhole but to by dismay I found nothing. I decided to go back to sleep although the whole night my mind was struck with the single thought that was it my imagination or I really heard someone scream….

Next morning I woke up, had a cup of coffee and got ready for my next office task. Actually, I am a Journalist who has to travel many places to give instant update to the public via news channels. Exactly like my everyday routine, I came back tired, had my dinner and went to sleep. I was trying to close my eyes and fall asleep when I again heard the familiar sound. This time again all prepared, I hurried to the next room of my hotel to see what the hell was happening there. I saw through the eye hole and everything appeared white inside I was amazed so I peeped inside again.

This time, I saw everything red. Unable to understand what it was, I came back to my room. The next day, I was scheduled to leave the hotel as I had to visit an another place for the next shoot. I decided to share my experience with the lady who sat at the reception. I narrated my entire story and the reply from her side was-‘5 years ago a girl locked and room and she killed herself inside by hanging herself. Since then, nobody has ever tried to open that room. The girl was wearing a white dress that day and she had bloody red eyes’

I became horror stricken. My heart palpitation became fast. Now I understood what I saw through the keyhole first time was her dress and the second time her red eyes were peeping towards me. I started to perspire profusely by thinking that the dead girl and I was just a door apart.