You are here: Home / Suspense and Thriller / The last mission 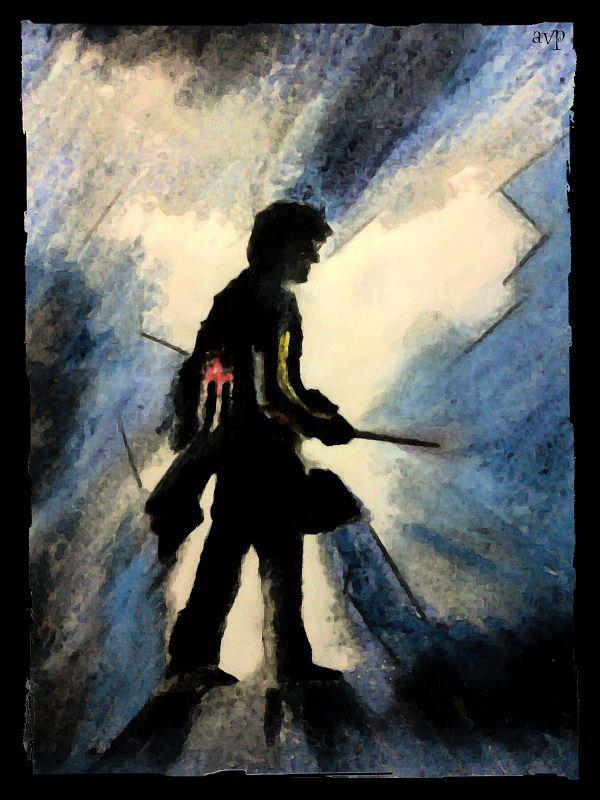 Colonel Andy was killed in action.

The wind was blowing steadily and dark clouds had gathered. It is going to rain cats and dogs tonight Andy thought. But the thought made him happy. He was extremely tired and didn’t want to be baked while he was on the train to his hometown. He was going to meet his family after 14 months.  He was happy almost euphoric. Almost, because there was one gentleman on the train he didn’t wish to see. That particular gentleman had no business being on the train with him. Also it was his ill luck that he was sitting directly next to him.

But the thing that irritated him most was that the with a artless, guileless smile the dear old man (as his wife would have described him)  was pointing a revolver directly at his face.

“The dead shouldn’t mingle with commoners. It disrupts the natural order”, reprimanded the Major General.

“But the non living should be allowed to rest, shouldn’t they”, spat Andy through gritted teeth.

“I have made more enemies than the total number of permutations of the hair on your head (this wan’t very far from the truth considering the fact that the general was almost bald), I am only trying to have a chance at life”.

The general put away his revolver and laid his head back against the hard seat of the train. “I am sorry, but my friend the country needs you – one last time”.

Andy snorted heavily,”I think you are getting senile, my photo is available on every terrorist, antinational website”.

“But it is also the only one which fits our criterion for this mission old chap, everyone else I know is dead.”

Andy was frustrated. He knew he couldn’t get out of it. This was not the way he wanted to meet the General Guha. He respected and even idolized him. Although he had never met him but his late father had spoken great things about him. He had joined the army to avenge his father’s death but the outcome was very different from what he had envisioned.

While pursuing his goal relentlessly, Andy not only became a successful black commando, he had become a threat for the existence of many anti national groups operating within the country. He hadn’t received a single award for his honorable work during his last years in the army but he was venerated by all known seniors and juniors and also by the oppressed people whom he had unknowingly saved.

But Andy had made a fatal mistake. He broke a promise which he had made while shutting his father’s grave.It was only when he received a message from his wife that his house had been broken into and his wife and child had barely escaped that the dreadful reality hit him. For doing his duty towards the country his family was being targeted. He felt the same helplessness he had experienced at the tender age of fifteen when he was orphaned. He couldn’t let history repeat itself. Colonel Sam on his behest had fabricated evidence that he had fallen off a cliff while fighting. This idea might appease his enemies for sometime, at least.

“Yes, and also during the meantime your family will be given top most priority. We have a knack of learning things you know”.

“Probably, but whose fault is that”, replied Guha nonchalantly. The next half hour Andy was briefed about the mission.

Andy reached the small village of bhatewar. It was a dark and desolate place. Andy was a jaded urbanite. This was a new experience for him. Usually his missions were quick and he was surrounded by soldiers. He walked slowly inhaling the deep clean air thoughtfully. He reached his destination lost in his thoughts. Now he had to wait.

Something moved. It was past midnight. Andy was leaning against the century old tree. All drowsiness left Andy in a second. Andy would have turned around immediately, but he decided against it. He was in a unknown territory. He decided against making the first move. Someone was circling him.

“Hands up”. There were around 6 masked men. Andy was searched and violently punched when he tried to protest.

“Where are the papers !”, screamed one of the men.

“Yeah, where are they “, asked Andy wearily.

These men were somehow to tipped off by someone.

You are coming with us. Blindfolded Andy was made to support in a rundown jeep.

After a 6 hour journey Andy was unceremoniously thrown on a hard cemented floor. One of the thugs tied and blindfolded him. He could have easily have united his hands there and then but he decided to wait. His mind was getting increasingly muddled. How could someone have given him away only when two people knew about the mission. He didn’t know when he fell asleep.

“Do you know where you are ?” The question followed the rough kick which woke Andy up. “No”.

“Where are the papers ?”

“The one which tells about our location and the names of the members of our group.”

This is what Guha had wanted, but this was not the time to think about it.

“Listen sir I have no idea about what you are doing. I was just walking around when I was captured by your goons.” After all this Andy started weeping could give any professional mourners (usually found in Indian villages) a run for their money. Saying so Andy started rocking himself to and fro. The men looked at him with scorn and left the room quietly.

The colonel was racking his brains but he still couldn’t understand what was happening. He was supposed to give bring a document which contained the location of a terrorist group called the Anarchist. But he was caught by a pack of goons. While he was lost in his thoughts he heard the door open

Am old man entered carrying a tray of food. Andy looked at the meal with wary eyes. Did it contain poison or maybe some truth serum.

The man must have sensed his thoughts so he spoke gently, “This is going to be your last meal. Have it. You are in the headquarters of the anarchist”, the hoary man said sadly.

Andy was astounded. He remembered the general’s words. You have been chosen because you are the only one to complete the mission with celerity.

” Okay Baba before I die, could you tell me exactly where am I”. He made a mental note of the address. “Okay Baba just one more thing. This light bulb keeps blinking, it hinders my sleep.”

That light bulb was the last think Baba saw before he regained consciousness in the midst of the gang six hours later.

“You know you could just have warned me that I have to give the whereabouts of the anarchist instead of purposely having me captured by that group”.

“Ahh …. but my friend you know my idiosyncratic methods”, said Guha with a twinkle in his eye.” Also before I forget there was a sum which the government had placed on our friend’s head. I think this today sum is sufficient to allow you and your family to go on a long trip abroad.”