You are here: Home / Suspense and Thriller / The Night Before Exam 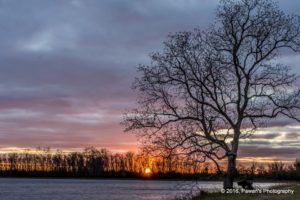 Sagar, a decent, lean boy, and his room partner Kishore were struggling. They were at war. War with thyself. Like all other boys in hostel, they were ramming their brains, reading notes, any material they could get.

It was their first experience in their life. “Engineering is not easy”, a saying by his elder brother came up in his mind. But the will power kept him through. The bustle of the hostel had silenced, again to broken at daybreak. He was going through limits of human body. “To push high above limits is engineering”, he thought.

He had gone through half of the chapter, when his phone rang. The number was unidentified. He thought that it would be some boy calling and asking for notes. He picked up the call. The time was half past two. At first he didn’t hear anything. So he went out, near the balcony to get a better signal.

He saw a girl down. She looked desperate. His attention was drawn at her. He disconnected the call and started glancing her. Suddenly, she started to sprint with scream. Sagar became confused. He was about to turn back when he saw three men running. His mind went grave. His over-stressed brain gave warning signals and adrenaline pumped in his body. He thought of calling police, but thought of chasing them first.

He raced down the stairs. Hurriedly glancing at the checkpost, he jumped above the wall of his hostel. He ran in the direction of last sighting. Hurriedly taking out his phone, he messaged an old friend about his current situation. He raced past a narrow lane. Coming to halt, he thought of going into that lane. At first he felt afraid. The lane looked ghostly at this hour. His brain generated phantoms. Counting on God, he went ahead.

To his horror, he saw three men surrounding that girl. “What will happen to her!”. He felt powerless. Suddenly, one of the three saw his silhouette. The man signalled his colleague about his presence. Two of them pounced on him.

He was awe struck. Nothing came out of his mouth as he tried to speak. The taller of the two gave him a tight slap on his cheeks. The other kicked him in his stomach. He was amid a volley of kicks, on back, on groin. They started beating him mercilessly. Sagar, lying on the dirty road glanced at the terrified state of the girl. He closed his eyes as he writhed in pain.

Suddenly, came a splash of water on his face. Hurriedly opening his eyes, he felt teleported. The bright light hurt his eyes, the same white bright light. Same? He thought. Slowly he heard a familiar voice calling him, trying to wake him up. A voice like his room mate.

Coming to his full senses, he realized that the brain had again tricked him. The war was lost. He was asleep for 4 hours, his room mate reported. A smile stuck on his face, a smile of a virtual adventure before the exam.