You are here: Home / Suspense and Thriller / A Punctured Tyre – Thriller Short Story 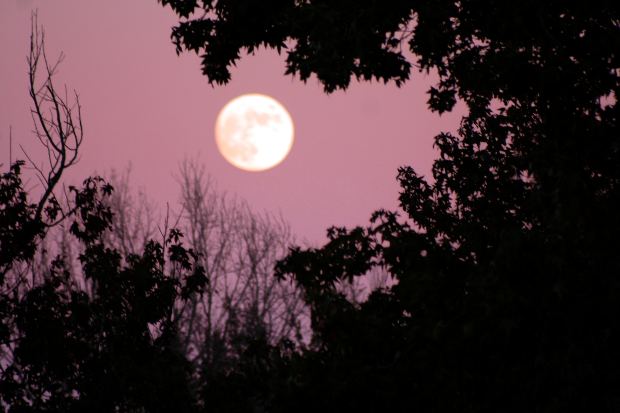 Sujit was in a great hurry. The sun had set and dusk was closing in, too rapidly for comfort. He had aimed at crossing the awe-inspiring open fields of the infamous Thyangarer Maath while there was still daylight. But now it appeared that he would not be able to do so. His ancient scooter was already being pushed to its limits. The old faithful was spluttering along with all its might, as if it, too, was aware of the intentions of its owner. Suddenly there was a fierce “Hiss”.

The scooter wobbled and almost ran out of control. Sujit pressed on the brake pedal hard. There was a screech and the scooter almost keeled over. Nevertheless it came to a stop. Sujit alighted and so did Anwar, his assistant, who was riding the pillions. The rear tyre had gone flat. Sujit put the scooter up on its stands and wiped his face with a grimy handkerchief. Not a soul was in sight. The landscape all around, was drab and featureless dotted about with clumps of stunted trees and occasional paddy fields. The road snaked through this open expanse like a languid black python. The wind rose as Anwar put in the wheels-jack, preparing for a change of tyre, muttering under his breath the old Bengali proverb, “Jekhanei Baagher bhoy, sekhanei sondhye hoy!” (Where there is the risk of tiger, the dusk settles in).

Sujit was a young medic, a Physician to be precise, attached to the Government hospital in a small subdivisional town in West Bengal, about 150 km from Kolkata. As a town it had nothing much to speak about, but the 300-bedded hospital was very well equipped and staffed by young enthusiastic doctors. Consequently it was always overcrowded and the doctors overworked. Sujit’s ancestral village was in these parts. Therefore, in spite of his hectic schedules, he was happy out here as he could identify himself with the locale.

Sujit’s daily schedule did not leave much breathing space for him. His relatively easier day was Sunday. Therefore, when he chose this day to go away for his rural practice his wife had been a bit crestfallen. But these rural visits were needed to build up his practice. So she had given in, with a bit of reluctance, I dare say. Thus every Sunday after breakfast, Sujit wheeled his old scooter out and, accompanied by his chamber assistant Anwar, scooted over the eighty-odd kilometres, visiting his clinics in three different villages set well apart.

Sujit loved this weekly sojourn. These visits gave him the opportunity to see the real face of rural Bengal. He loved the small hamlets set in groves of trees of different sorts, the sparkling ponds with a greenish tinge, the waddling ducks marching in columns as solemnly as if on a funeral march, the paddy fields, everything. He loved his old scooter and loved riding bare-headed as the wind played through his hair and over his face. It was his escape from the rigours of the daily humdrum known as life.

Thyangarer Maath – the name itself sent a chill down the spine. The first village outside the town limits was Sitan. Beyond this village there was an immense expanse of apparently no-man’s land, before one came upon the next village, Madanpur, some seven or eight kilometres away. The fields, for the most parts were arid and fallow, with a few areas of arable land. This was the infamous Thyangarer Maath.  Thyangare was the name given to a specific brand of highwaymen who made life miserable for travellers in the days of the East India Company’s rule in Bengal. They used to hide beside the highways with two sticks. The shorter stick, also known as phabra, was thrown at a lightning speed at the feet of the lone traveller. It invariably brought him down, often with legs broken. Then he was set upon by the dacoits, who often murdered for pennies.  Lord William Bentinck, the Governor General, brought all this to a stop. Possibly the open fields had been the haunts of Thyangares in a distant past. The Thyangares have gone, but the name had stuck.

The fields, however, lived up to their evil repute. In these days dacoits still waited out there to pounce up on unsuspecting travellers and robbed them of all their belongings. Police Patrol vehicles made their routine rounds of the area, but to little avail. On his way back from his rural clinics Sujit had to cross these fields, every Sunday evening, to reach the town of his residence.

It was all Nakur Kaka’s fault.  He had absolutely no business coming over to his Kirtihat chamber, but he had and he also had sat jawing with him, thereby eating mercilessly in Sujit’s time. But Sujit could hardly refuse him.  Nakur Kaka was from his native village and was a distant relative too.  Now he was settled in Kirtihat, a local business centre, looking after his flourishing business in aluminum products. Once he had very close family ties with Sujit’s family. He had come in when Sujit was attending to his patients. Not content with exchanging pleasantries, he had insisted that Sujit accompany him to his home for a cup of tea after he had done with seeing patients.  Sujit could not refuse.

Actually it was Anwar who was more tense about crossing the Thyangarer Maath after dark. Sujit was more secure in his ‘left-right indicator’ schedule. A few days ago, Akash had come to his chamber. He was a young man with a pleasant disposition who used to work in a medicine shop outside the hospital. He came from the village of Madanpur and was very resourceful. He addressed Sujit as ‘dada’ or elder brother.

Akash had come to his chamber just as he was about to leave. He knocked as he entered.

“Dada, I have something to tell you.”

“Every Sunday you come alone across Thyangarer Maath, in the evening. This is a bit risky, you know,” said Akash. “I am a local man and I tell you, the fields there are not a very safe place to travel through after dark.”

“I know, Akash. But I never travel alone. Anwar stays with me.”

“Whatever…” Akash was quiet for a while. His demeanour said that he had something more to add.

“You see, dada, I come from Madanpur and I have to cross the field every day. One has many friends in that area, especially if one is born and brought up there, you know. I bring you a message from those who are your well-wishers.”

“What is it?” Sujit’s curiosity knew no bounds.

“If it becomes dark on your way back, you are to light your indicators, first left, then right, and continue like this for about five seconds cycles, alternately, till you are through across the fields. The people concerned will recognize that it is you who is crossing and there will be no mishap whatsoever.”

On his way back that day, Sujit was religiously applying this ‘left-right indicator’ principle, but he wanted to cross the area at the earliest, nevertheless, for one never knew what could happen in mistaken identity.

As Anwar proceeded with changing the tyre, replacing the punctured one with the spare, Sujit lit a cigarette and looked around. He was tense and rightly so. Light was fading rapidly as the orange of the western sky was being replaced by a more purplish hue. The wide expanse of the flat, arid landscape all around was slowly darkening, as all features were being smudged by the incoming tide of darkness. Incongruously the old fairy tale, heard so many years ago, came back to Sujit’s mind, that Demons became most powerful at this time of the day.

The sudden, sepulchral voice made Sujit almost jump out of his skin. A tall, lanky, middle aged man, with a three-day growth of salt and pepper beard and a bushy mustache to match, was standing beside him. Sujit had not seen him come. Where did he spring from? He wondered. The guy was dressed in a white, once clean shirt and khaki trousers. He carried an ordinary gunny bag in his right hand and had an unlighted bidi hanging from his lips.

“Have you got a light with you?” the man repeated his question in a round-about way. Sujit silently gave him his lighter. The man lit up and drew a deep drag on his bidi, before he handed the lighter back to Sujit.

“No need. Thanks all the same,” Anwar tersely replied on Sujit’s behalf.

“Don’t take it otherwise. I just offered to help because this place is of an ill repute. Especially this second bend of the S-shaped curve.” He drew on his bidi with a vengeance.

Sujit looked about him. True enough. They were indeed standing at the second bend of the road, where the road became S-shaped.

“Why? What’s so special about this place?” asked Sujit.

The man came up closer to whisper in his ear. A whiff of stale sweat, rancid breath and cheap tobacco filled Sujit’s nostril.

“Is that so?” In spite of his bravado Sujit’s limbs had gone cold.

“Sir, it is ready now,” Anwar called out. Sujit nodded with relief and walked up to his scooter.

“But who are you, sir?” Sujit called out to the stranger. “Aren’t you afraid of this place? You are alone I see.”

“I am Sri Nabakumar Sarkhel of Madanpur. No sir. Nothing will happen to me. I am not afraid. Not any more.”

The tone of his voice felt strange in Sujit’s ears. However, he did not pay any heed and mounting his scooter he kicked it to life. Anwar climbed up behind him. Sujit switched the headlight on, although some of the fading daylight still remained. He turned back to bid the stranger good bye, but peculiarly enough, the man was nowhere to be seen! It was as if he had emerged from the ensuing darkness and had faded back into the same darkness.

Akash came to meet him the very next morning.

“Heard that you were stranded in the Thyangarer Maath last evening?” asked Akash.

“Who told you? No one saw us there!” Sujit was incredulous. Akash smiled.

“We have our sources.”

“But who could it be? Oh, of course! Nabakumar Sarkhel of Madanpur. He must have told you.”

Akash almost fell out of his chair.

“Nabakumar Sarkhel! A thin built man with a three day beard! Why? You ought to know him. He is from Madanpur, he said. That’s your own village, isn’t it?”

“But Nabakumar Sarkhel is dead, sir. He was murdered on the road running through Thyangarer Maath, right where it makes an ‘S’ curve.”

“What do you mean?” Sujit was astounded.

“Nabakumar was a cattle merchant. He was returning from market, one Sunday evening, about six years ago. He was murdered for cash. That was the last murder in that area.”

That afternoon saw Sujit at the Railway Station, waiting to board the Kolkata bound train. He was going to book a car.