You are here: Home / Suspense and Thriller / The warning 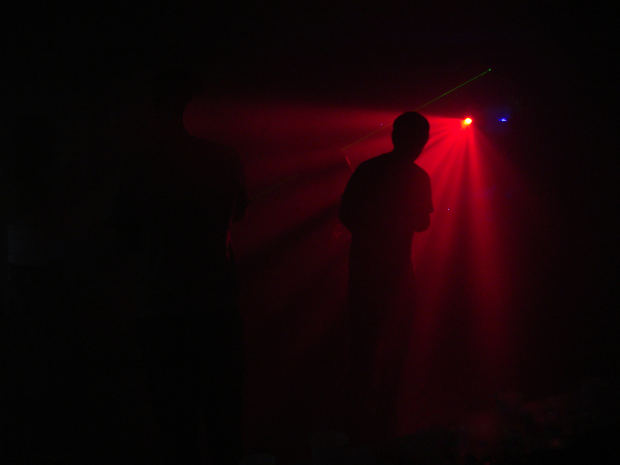 “This is a warning. Please do not go further. Stop and delete this video right now, if you ignore this warning, I am not responsible for what happens to you.”  He was wearing a red T-shirt. He was shivering even in his black jacket and his sweaty forehead were shining in the light. His eyes were pale. Either the man is in great fear or he is a great actor, Rakesh thought.

Rakesh sat in his bed, confused. The only light in the room was the light from the mobile screen. The only sound in the room was the sound of the big clock hanging on the wall. Suddenly he heard a loud sound. Damn, the doorbell. He was scared to go and open the door. The bell rang again. He slowly got up from his bed,and walked towards the door. It was dark everywhere, darker than his black T-shirt.

Rakesh tried to check who was outside, through the window, but it was all dark outside. He slowly opened the door. It was the pizza boy. He forgot that he had ordered pizza just before he started watching that shitty video. Rakesh asked the pizza boy to wait, went inside. He took his purse from the table in the hall and came back. Rakesh apologized for the delay and paid.

He checked the bill and came in with the pizza. He closed the door and started walking towards his room. Suddenly he felt someone’s hand on his shoulder. He started shivering. His legs were glued to the ground. He wanted to run, but he couldn’t. He slowly turned his head. A person was standing behind him. He was wearing a black Jacket and a red T-shirt. His face was covered with blood. He was holding an iron rod in his right hand. Rakesh wanted to scream for help. “I already warned you.” The creature said with a smile, still bleeding.

Rakesh suddenly wakes up and slowly looks around, confused. He tried to remember where he was.

The phone gave two beep sound, the screen blinked and it said Video message received. Pavan opened his eyes and checked his cellphone. It was from an unknown number. He opened the message. The video started playing.

“This is a warning. Please do not go further. Stop and delete this video right now, if you ignore this warning, I am not responsible for what happens to you.”

The person in the video was wearing a black T-shirt. Pavan ignored the warning and continued.

The power suddenly went off. Pavan slowly got up from his bed, it was all dark. He lit the lighter. The light made a big shadow.

A person was standing right next to the shadow, the person from the video, Rakesh. He was wearing the same black T-shirt, his face was covered with blood. He was holding an iron rod in his right hand and he wanted to say. “I warned you.”