You are here: Home / Suspense and Thriller / The Robout 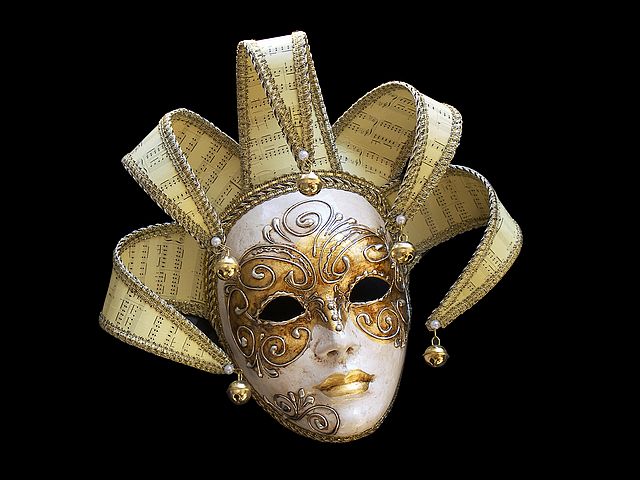 She sat in the Starbucks cafe, sipping her coffee and staring out of the window. The blood stained knife lay next to her handbag, covered with her blue silk scarf. She didn’t flinch even though she could feel her insides quiver in fear. Sophie Woods silently sat there as though nothing happened, she didn’t know what comes next and what she’d be asked to do after what she has already done but she knew one thing for sure. She was being watched.

As she stared out the window a man in his forties came and sat in front of Sophie. He had a half grin on his face as if he knew something she didn’t. He was the same man who gave the knife to Sophie and had asked her to wait here. She was pretty sure he went inside Mr. Gregory’s house to check if the job was done properly or not. He examined Sophie and as his eyes fell from her face to her scarf in the bag she felt a sudden shiver run down her spine.

“Well done. I am impressed. I didn’t quite expect you to have the skills.” Doug finally said.

“Why him?” She asked, yet again she had to portray confidence.

“That’s none of your business Amanda. You would be given a name every now and then and you would be expected to deliver.” The man replied in a stern voice. Sophie’s expression was cold but she now understood who these people thought her to be.

“When do I get to meet the person I am working for?” She asked.

“He has heard of you and once you clear small doubts I am sure he’d like to meet you.” He replied while looking a text on his phone.”

“When will your people stop spying me?” She asked as she took another sip. With a chuckle he replied.

“Standard protocol. I am sure you’re aware of it. It’s not like you’re new to all this is it?”

“Not at all.” She finally replied when she realized Amanda Dahms was not who she and everyone on her team thought she was. Amanda was a hitman.

Sophie was then asked to come along to the hotel, as she had guessed was part of the protocol. She knew that she would be checked once they are at the hotel which is why while Doug was talking to someone on phone she managed to leave her badge out of her pocket onto her seat. As they drove off to an unknown destination she recalled the events of the day in her mind.

Sophie was just having her breakfast when she heard her phone ring.

“There’s been a homicide at the 1694 Manor Drive. Will meet you there.” Officer Allan said and Sophie left instantly.

“Good morning Detective Woods.” She was greeted by the officer on site.

“Tell me the story Allan” She replied after a smile.

“This is Amanda Dahms. She still has her id on along with this bag. Got two shots at the back” Officer told her as they walked to the body. She looked through the contents of the bag. There wasn’t anything unusual in there few random things and a scarf.

“Her id says she worked as a waitress at a restaurant downtown, why would she be so far in this area? Lets try and find anything more we can find about her. Do we have a t.o.d?” Sophie asked as she examined the crime scene.

“Lividity and temp suggests she died about half an hour ago. And we found this note in her hand.” Officer gave her the note after he briefed her.

“Meet on the 515 Cross Street at 10 AM. Do wear a blue scarf.” Sophie read the note out aloud and saw the time on her watch.

“Maybe that’s where she was heading. Ill check out who she was meeting with, maybe they’d shed some light on who did this to her. Meanwhile find the next of kin and see if you can find anything about Amanda.” Sophie left with the bag and the scarf and drove to the address. She was thinking whoever Amanda was meeting hadn’t seen her which is why they asked her to wear a blue scarf. She stepped out of her car wearing the scarf and carrying Amanda’s bag hoping whoever it is they would think her as Amanda and she would find some clue of what happened to the poor girl.

She had walked only a few steps from her car when a man came and started walking beside her. This has to be the one who Amanda had to meet.

“You are Amanda Dahms?” The man asked.

“Yes… who are…” Before Sophie could finish her sentence the man had pulled out a gun expertly putting her below his coat and on to her waist to hide it from the crowd.

“Quietly keep walking and don’t say a word otherwise you know what can happen to you.” He said. Sophie herself was carrying gun but she thought if she wants to find out about Amanda its best to go with the flow. He then made her walk to a blind alley where he checked her for any wires. He found her gun and with a grin he kept it.

“You won’t need it we provide accessories for the job. Now come we have to hurry. Mr Gregory is waiting for you.” He said and before she could comprehend the situation they were walking again. An array of thoughts was swirling in Sophie’s mind. Maybe Amanda had gotten herself in some trouble and that’s why she was murdered. It was clear that he was taking Sophie as Amanda and if she had to find out the truth she had to keep playing.

“Here take this and don’t take long.” He gave her a knife and showed her the way through the porch. Sophie wasn’t sure what it meant. She stood there holding the knife with a puzzled look on her face.

“Go kill the guy we don’t have the whole day.” He said and motioned her to go inside the house with his hand.

What was going on? What was Amanda mixed up in and why is she being asked to kill someone. All these questions and what to do now were making Sophie sweat. She had to think of something and soon because if she didn’t do anything she would be killed by the man outside. This was something bigger than just a random homicide of Amanda but something else was going on. She entered the home and Mr Gregory was sitting on the couch. He was an old man nothing to suggest why someone would be interested in killing him.

“Who are you how did you enter my house?” Startled by Sophie, Mr Gregory asked.

“I am Detective Sophie Woods NYPD and I am in a situation and need you to cooperate with me.” She said as she looked around to see if they were being watched by the man outside. There wasn’t a window and the door was closed so he couldn’t be listening in.

“Do you have a first aid box sir?” She asked. Scared Mr Grogery just nodded a yes.

“I want you to bring it.” Mr gregory quickly went inside. When he was back he saw Sophie had made a cut on her leg and was staining the knife with her blood. He stood there even more puzzled and scared when he handed over the box to Sophie. Sophie then started dressing her own wound to stop the blood from flowing.

“Sir I need you to lay as quite as you can and hold your breath. When I leave from here a man would come and you have to look dead to him. Can you do that?” Sophie explained to which Mr Gregory again just nodded.

“Also when he leaves I want you to call the NYPD and talk to Officer Allan. Tell him everything and tell him Amanda wasn’t who we thought. And….” Before she could talk more there was a knock on the door.

“Down on floor now.” As instructed Mr Gregory laid very still and Sophie left the house. She came out with a bloody knife and that was a confirmation that the job was done.

“Well done. Wait at the Starbucks ill meet you there.” He said. The café was just across the street and as she started walking she took a look back and saw the man had gone inside. She wished everything goes as planned.

As she recalled the events she got more determined to find out who killed Amanda and who exactly she was killing for. Once they reached the hotel as she suspected she was checked and then escorted to a room where she had to wait before she meets Mr Nolton. This must be the man Amanda was working for and this could be a chance to know who he was. She didn’t have any weapon now and if he realizes who she is she sure is dead. There was no way out now.

“It’s time.” Doug said. Sophie although was a trained officer she sure wasn’t prepared for it. What was a mere hunch became an undercover operation with no backup at all. She didn’t know how to come out of this one. The door opened and she stepped inside the room only to be shocked. Murray Nolton sat there in the office. He was a city council man and was renowned for a numerous successful campaigns around the city.

“I heard you are Amanda Dahms” He said to her as he shook her hand.

“And you are Murray Nolton. A surprise.” She said still staying in the act.

“Don’t be surprised. The real Amanda knew who I was.” He replied with a grin on his face. At that moment she was frozen. He knew who she was and her cover was blown now. She was defenseless on the face of the death.

“Do you know why I hired Amanda? That’s because I don’t like to dirty my hands but today they’ll get dirty twice because of her greed and your audacity.” He said as he lit his cigar.

“You killed Amanda.” She said.

“Well I had to. She had come to close and had found out my real identity. I couldn’t just let her leak about my drug empire could i?”

“And now sweetheart whoever the hell you are I am sorry but you gotta die too.” This was it. She couldn’t stop it now. He was about to shoot her when another shot came and he was knocked over. Sophie was almost sure she was dead in that moment. But she wasn’t. She looked towards the door and couldn’t help but just smile in relief. Officer Allan and his team came barging in the room.

“You ok?” Allan asked Sophie. She nodded still in a state of shock. They arrested Nolton and his workers. On the way to the precinct Allan told Sophie how Mr. Gregory called and told him what happened. He also told Sophie about how Amanda blackmailed Nolton about revealing the truth about him. A money trail led them to Nolton and his hotel. Sophie informed Allan that Amanda is not a waitress she was a professional hitman who worked for high profile clients like Nolton who needed to clear their garbage. In some ways it was a poetic justice.

“Next time come a little early.” Sophie mocked as she removed Amanda’s scarf and kept it in the evidence bag.