You are here: Home / Paranormal Experience / The Phantom is Always Around

Unusual Short Story – The Phantom is Always Around 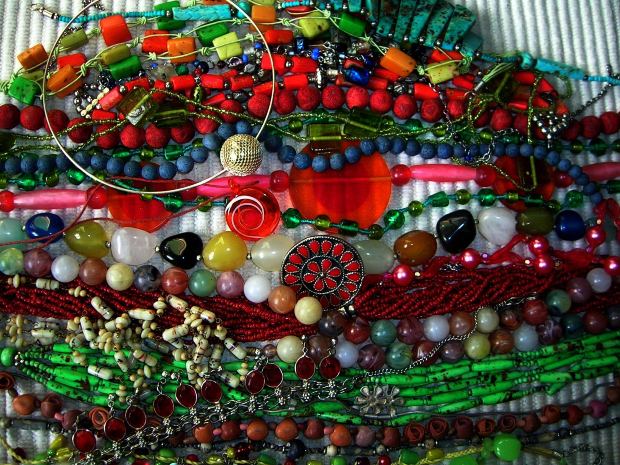 Unusual Short Story – The Phantom is Always Around

“Death can be many things. An imminent ending. Or a prelude to something unfathomable. For some it is the link to a recurring journey, a second chance at life .  Its perception remains varied, which has inculcated even from the remote stretches of the human realm of imagination and faith.  But ingenuity of human cognition has been known to transcend its own barriers time and again. And so it seems for German anatomist Dr.Gunther von Hagens  for whom death is an art , something that he has engineered to preserve in form of an exhibit. Something which gives the dead a refuge from the final depreciation …..”

The narration of the National Geographic program on a LCD screen along with a resonant snore in the background was hindered by a sudden blaring of a disco ringtone.  As the bed vibrated and clamoured, Rohan woke up with a jolt catapulting his cell phone in the air. Luckily it landed just inches away from the edge. With a blinding head ache resulting from the abrupt occurring of events he answered the call hardly opening his eyes.

“Hello”, he uttered with great difficulty.

“Rohan !” a female screamed on the other side. “Are you still sleeping?? The bus leaves in an hour. Wake up son. You’ll miss the bus.”

Rohan tried to open his eyes but squeezed it shut due the intensity of the morning light.  He gathered all his breathe and energy and fumbled.

“Am already awake Ma.  Just getting ready. I’ll reach at four in the evening. Stop call so early in the morning okay.”

With this he shut his phone. After another five strenuous moments of shear struggle, he pushed his languid body out of the bed and dragged himself to the bathroom.

But once awake he easily got into the flow of his ingenious process of “getting dressed while packing bags”, a skill he had honed since early years of his college life. A skill which still remained of immense importance, now that he was already through his eighth month on job.

“I hate it.”, he murmured to himself in irritation. After stuffing his rucksack with two pairs of clothes (and slipping into one himself), he looked around is case he missed something. The room returned a customary tornado struck view with clothes and papers scattered everywhere including on his LCD tv (which was now showing some crude bug mating program) and a pungent stench of sweat and booze. Rohan made a mental note of cleaning his room immediately upon his return. But his intricate neuronal pathways  a bit too rehearsed with the process , casually dumped this thought in a corner space which remained the ultimate destination of all the other thoughts of resolution ever created.

Rohan picked up his bag and was about to close the door of his flat behind him just when he noticed a slight glitter among the heap of filthy clothes dumped on the sofa. Little curiosity  gripped him and he turned back to rummage through the sofa in the secret hope of discovering his ipod which his deranged room seem to have mysteriously engulfed few weeks ago.

Instead his hands clenched on something hard and circular. He pulled it out of the clutter only to find a pair of beautifully carved bangles. After few seconds of sudden surprise Rohan slowly recalled the birthday gift which he had purchased for his mother from his first salary, the birthday he had so nonchalantly  forgotten 3 months ago. Along with the gift.

But he had been so busy! He argued to himself. Who has the time to go and parcel an item?  And it was impossible to miss the weekend office parties too.

Almost as impossible as it had been to take a leave for the next two days in order to visit his mother. The bus took 4-5 hrs and no train connectivity! Can you even imagine? Rohan cursed the railway minister and government silently.

But he had to.

“Mother had to get sick! Why can’t she take care of herself?” Rohan sighed, full of embitterment. He finally stuffed the pair of bangles in his pocket and left.

His wristwatch was already reading 10.30 am when turned up at the ticket counter at the bus station. The entire last moment hustle bustle had left him very parched.

“Where can I get some water?” he inquired at the counter after receiving his ticket.

“Go behind the counter –room Sir. And your bus leaves in thirty minutes.” replied the guy at the counter preoccupied in counting bills.

Rohan hastened into the notified direction and turned behind the counter which was basically a one room establishment. There he saw a series of those auto turn off taps. Just when he cupped his hand to drink some water, something tickled at the back of his neck and he turned around…

Humans have always brimmed with a conviction of being the most superior in the living world. The privilege of a conscious supremacy over our actions and choices and certain clairvoyance in estimating the consequences, might even establish this fact. But with every question answered, we have nothing but elevated ourselves closer to something even more perplexing. No matter how soaring IQ’s we render, we have been constantly overlooking the basic fact that our life is not a separate entity with individual existence. We are but an intricate part of a great design, the essential tools of a clockmaker deity who created the world and set it running for eternity.

What Rohan saw was a dusty compound wall, with a withered and rusty iron gate hinged to it. Over the wall were visible several rows of white cross.

Rohan had never been to a graveyard before. He never had any reason to. Just like today. But today was different. The energy of the soul, the consciousness was stronger today. Stronger than will, stronger than fate. Rohan was never curious about the mysteries of life beyond death. He lived and loved his life. Loved his apartment, job, and also his missing ipod. Death was a concept that happened to others.

But there he stood, staring in the face of perhaps the most veritable truth of all. And a feeble sense of realisation dawned upon him. That people have always been trying so hard to ignore this fact, they simple have pushed it aside, into the corners and outskirts of their cities, their life. The same graveyards which silently harbours the reminder of their inevitable consequence in plain sight.

An odd sense of conversance drew him towards the lifeless patch of land.

Upon stepping inside Rohan saw several crosses posing as headstones which were dug in the earth distinctly symbolising what lied beneath. The image of a raw fleshed, half decayed cadaver flashed before his eyes. A slight chill ran through his spine. He looked away trying advertently to focus on something else. He noticed that the head stones were somehow unmarked, unlike those he had seen in movies. The people lying there seem to possess a single identity. They were the dead.

“Do you need to bury someone, Son?” The voice was eerily mellifluous and jubilant.

Rohan noticed him only when he glided closer in his short smooth steps. He seemed to have emerged from one of the far boundaries of the place without catching Rohan’s attention. Rohan stared at him .He was a man in his mid- forties … or thirties? Somehow Rohan found it difficult to deduce his age. He was definitely well built with grey streaks in between his thick black hair. But the freshness on his face was buoyant and contagious. Not even a slight fold of skin. His deep pitch-black eyes sparkled with life.  His clothes stayed clean but definitely bore the sign of being used multiple times.  He was creating a contrast to everything that the graveyard was drab, dismal and depressing thought Rohan.

“At death?” the man smirked. His eyes glimmered teasingly.

“Eh? No. I was just passing by.” said Rohan awkwardly. He thought that even with his entire demeanour so outlandish with the surroundings he oddly blended in. He seemed to manifest life, hence denoting its deprivation around him

The man smiled perceptively. “Well, man has always been attracted by the abstruse and the enigma. It is his inherent privilege and darkest curse.”

“Indeed.”, replied Rohan. “And irrelevant to anything, everything ends here.”

Rohan had heard people describing their whole life flashing before their eyes in near death situation. But standing in this fortress symbolising the end of life itself, he was blank. Not even a single thought dared to interfere and interrupt the stillness that crept through him. He felt relieved of the burden of his memories, his purpose, of his life.

“This place sets us free. That is what it does isn’t it?” said Rohan, his voice dazed, his mind calm.

“If that’s what you think, then that’s what is true for you.” replied the man , still smiling.
“And you could be free too. You could be a part of it; of us, for eternity. You could stay.” he added apprehensively.

Rohan felt his intoxicating voice .His every word swayed him, caressing his mind. He felt nothing and that filled every gap, every flaw that he ever bestowed in existence.

On his left side, he felt a feeble sensation of something tugging him.

Irritated by this insignificant disturbance in the flawless tranquillity flowing through him, he put his hands in his pockets. His hands rested on something hard, but surprisingly warm and comforting. He pulled out the pair of bangles from the inside of his pockets. It felt heavy.

Suddenly his body grew warm and bits of images jammed his mind. He blinked. His pet dog Snoopy was wagging his tail earnestly, his father was trying to instruct him how to ride his bicycle, his mother gleamed with joy upon receiving his appointment letter, he witnessed the sweet pain of departure in his mother’s eyes when he boarded the bus to leave his village forever. He heard his mother’s voice “Rohan …the bus leaves in an hour…you’ll miss it.”

His entire body shivered. He felt himself gasping for breath as if he just finished a marathon. He might have lived his entire life again, in these few moments. He was tired.

He saw the apprehension on the man’s face slide away. He wasn’t smiling anymore. Instead he looked convinced.

Rohan felt as if some invisible shackles that were binding him to the graveyard release him. He turned around and sprinted. He never looked back. Just ran, with all his might towards the bus station. Upon landing on the counter, panting and trying to get some breathe he asked

“When is the bus arriving?”

The lank guy looked up surprised. “The bus? It left about 15 minutes ago. You missed it?”

Feeling a bit frustrated and disappointed on himself, he boarded the second bus after 2 hours. He could hardly contain his exuberance for finally getting back home after so many months.

He had to knock on the door few times before anyone replied. Finally the door opened. He saw his mother looking insane with tears mopped all over her face. As if she felt a jolt of electric shock, she stepped back suddenly in surprise and nearly skidded .Rohan caught her just in time. “Ma ! what happened to you ? What’s wrong ?”

“Oh Rohan! You are fine. Thank you Lord.” she embraced him in a tight hug .

She looks exceptionally relieved, hiccupping on her own tears.

“Don’t you know? The bus you were supposed to board met an accident few hours ago. Everybody died.”