You are here: Home / Travel / A Historical Trip To Rishikesh 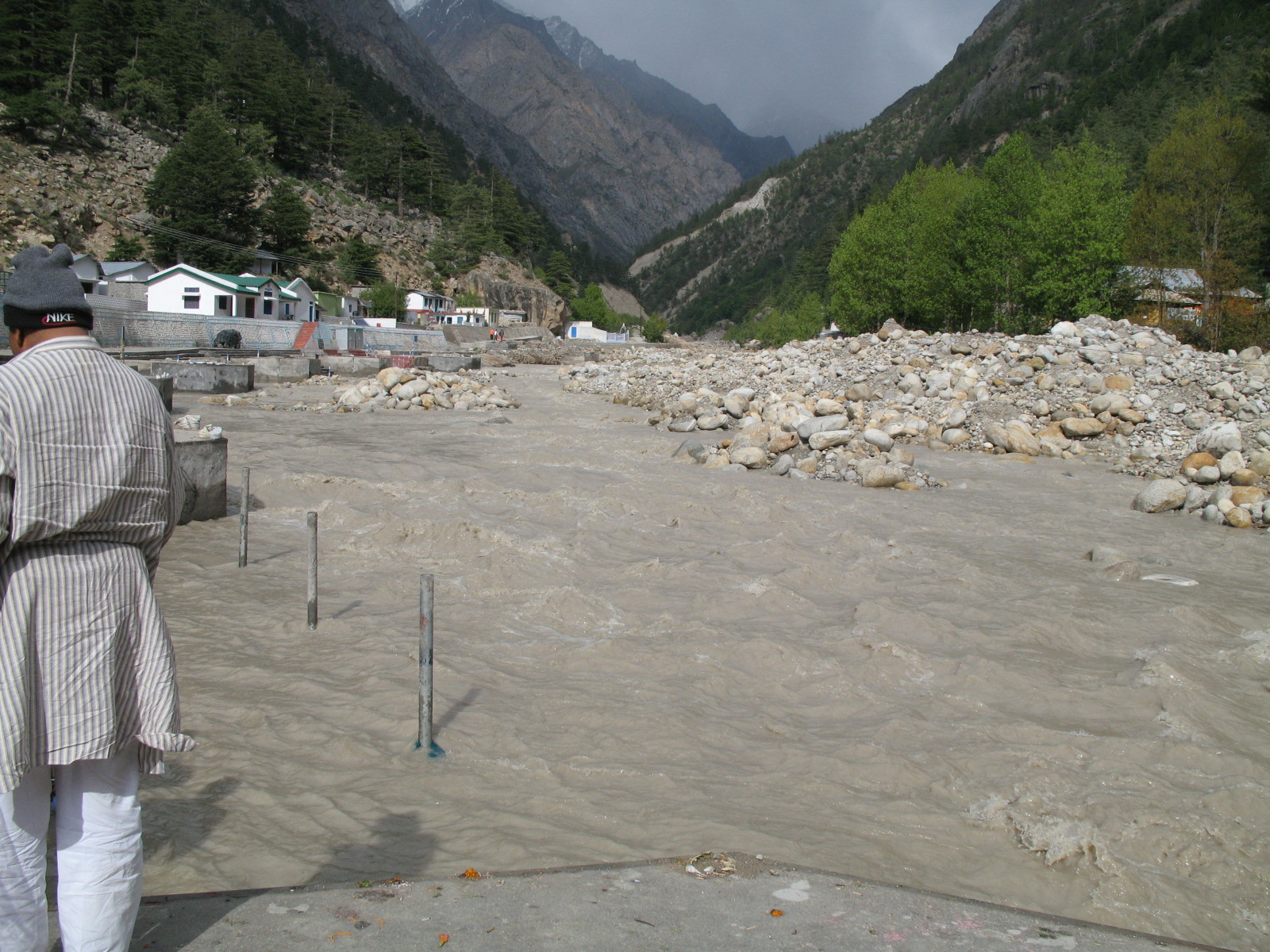 Rishikesh is one of the holiest pilgrimage places of the Hindu Community. It is under the municipal board and tehsil of Dehradun district of the Indian state Uttarakhand. It is located in the foothills of the Himalyas in the northern India.

The most important thing is that it is also reckoned as “The Gateway to the Garhwal Himalyas.”

It is a rare coincidence that it is surrounded by three districts namely Tehri Garhwal, Pauri garhwal and Haridwar if we say in one step one district ends and another district starts, nothing exaggeration to say.
The another feature is the unique gift of nature that the sacred river Ganges flows in its full force leaving the Shivalik mountains into the plains of the northern India.

For the pilgrims Rishikesh is the most sacred place for the Hindu inasmuch as “ Chota Char Dham” yatra – Badrinath, Kedarnath, Gangotri and Yamunotri commences from here itself. Rishikesh is also known as the most important place for yoga and Ayurveda. There are numerous good centres located here for meditation and Ayurveda treatment of chronic diseases.

Hrishikesh is located at a distance of 25 KM from Haridwar and 45 KM from Dehradun, the district HQ.
As it is one of the holiest cities like Haridwar, it is also vegetarian by the law of the land. It is all about Rishikesh and now about us how we reached here and where we lived and visited and what we saw during the period of our short stay here.

We left the hotel in Dehradun and came to the bus station. The gate of the bus station was very narrow and the drivers had to be cautious while entering the bus stand area. I couldn’t mark it earlier but as soon as my wife dragged me from the gate and saved me from colliding to its head, I realized it later.
We occupied our seats in a bus leaving for Rishikesh.

We got down at the bus stop and searched a very good dharmshala just near the main road. We paid advance and desired to stay at least for 3 days. The malkin (Owner) was a gentle woman. She was very happy to know about us. I knew some important things from her so that I could manage the trip effectively with ease.

We asked for some carpets and pillows. We arranged our beds and kept our bag and baggage properly.
After bath we came out to the main road. We took our lunch in a very good hotel where Basmati Dehradun rice with dal and vegetables were served to us. So pure, so tasteful that I couldn’t describe in words, really appreciable!

It was a Bengali Hotel and a Bengali couple was running it nicely. Nearly 20 seats were there inside and some people were awaiting outside for their turn. We also waited for our turn and got our seats after half an hour. Wonderful!

We came to our residence and took rest. We decided not to go anywhere but to take complete rest.
At about 8 in the morning we came out to cross over Lakshman Jhula. We saw a hanging bridge from a distant place over the holy river Ganges. A large number of pilgrims were crossing over it with their family.

We also stepped into the Jhula with the children. It was really a thrilling moment for us to cross over it for the first time in our life. We had heard about its peculiarity but had never seen it so closely. We were walking on it and enjoying our travel. It was very soothing to our eyes when we looked below in the holy Ganges flowing quietly from upper level to the lower one.

Lakshman Jhula is a land mark of Rishikesh. It is an iron suspension bridge about 450 ft. long from one corner to another. It connects two boarder of the Tehri and Pauri districts. It is unique of its kind.
It is believed that Lord Lakshman, younger brother of Rama made the jute ropes bridge over the Ganges and crossed over it from one side to another. The location of the present bridge remained the same when it was properly constructed during the period of the British regime in 1929. As per record it was opened on 11th. April 1930 for public traffic and since then it has been serving a large number of tourists and pilgrims every day in crossing over the holy river Ganges with ease as well as in joy.

In and around both the sides there are very good markets where religious books, domestic appliances, gems and precious stones suitable for different Graha and Nakshatra (विभिन्न ग्रह एवं नक्षत्र), toys of various types etc. We had sufficient time in our hand as we had dedicated the whole day for Lakshman Jhula and the temples located in and around it.

In the Lakshman Temple we were happy to see the 20 ft. height statue of Rambhakt Hanumanji and in the Sachcha Mahadev Temple a Shivalinga of 10 ft long. We offered with sheer dedication and devotion Gangajal to Lord Shiva with belpatra and flowers. We prayed for “सर्वे सुखिनः भवन्तु, सर्वे सन्तु निरामया |” (Let all the people be happy and all the people be free from diseases). It was our first time in life that we did darshan and pujan of such a gigantic shivalinga.

It was about 4 PM. We decided to attend the Maha Aarti of the holy river Ganges in Triveni Ghat. We hired an auto and arrived the Triveni Ghat. The Ghat was located at the bank of the river Ganges. It was very neat and clean. Very spacious in length and width. We noticed two different statues of Lord Shiva and Lord Krishna – very large in shape and size, very beautifully made by some world fame artists of Orissa.

The water was flowing from upper level to the lower with force. The river here was not deep but swift current in the flow of its water. We saw some tourists entering the river catching hold of hands in hands one another. We also did so and came into the middle of the river. Very speedy current we realized in our legs. A little carelessness could be fatal, so caught each other very tightly and cautiously. We noticed a large number of round stones big and small going with the fast current of the water. With great effort we collected one stone of Shivalinga in shape. We came to the Ghat and rested for a few minutes.

While walking from one place to another, my youngest son Tinku about 2 years old was walking himself with his mother. When we took a turn, we didn’t find him with us. We became nervous. We had heard about Bachcha Chor in such places. My wife started weeping. All my boys started searching him all around. My daughter said to me,” Papa! A boy like Tinku, just see up the road is going with a woman in red sari, most probably he was following her as his mother.” I noticed my wife was wearing a red sari.
We rushed hastily and caught him and my daughter took him in her lap and started kissing.

I recollected the lesson I got from my grandmother that God doesn’t take blame on his head He is so … ?
We attended the Maha Aarti with sheer devotion and after it was over we floated a few lamps burning in the Ganges water current as usual. We hired an auto and came back to our residence.

After taking rest for a few hours we came to the same Bengali hotel where we had taken lunch earlier.
So delicious dishes, so pure, so nicely served that we had no words to say anything in appreciation. I recollected the days when I used to take dinner in Anarkali, a very popular hotel of Kolkata in Esplanade (Chorangi). We came late in the night and went to bed. As we were very tired, we had sound sleep in the night.
We got up early in the morning and as decided we went to Triveni Ghat again to have holy bath in the river Ganges. It was neither cold nor hot – the weather was “Natishitoshn”. First of all my wife took the kids with her to knee-up-water level and got them bathed one by one. She came out and washed them with towels and told them to wear dresses they had brought with them. Later on we dived into the holy water and powered argha to the rising Sun in the east. We prayed for peace and harmony in life.

We hired an auto and went to Geeta Bhawan located close to Ram Jhula. It is a very large building with all lodging and boarding facilities for the pilgrims and tourists. It is situated on the left bank of river Ganges in a very calm and quit environment. It is a centre place for religious books mostly published from Geeta Press, Gorakhpur. Ayurvedic medicines are also available for sale for chronic diseases.

We also visited the Ram Jhula. It was another thrilling experience for us. We came back in the afternoon. We had our meal in a vegetarian hotel near to our residence. We came back to our dharmshala and paid the bill in full.
We didn’t waste our time. We hired a taxi for Haridwar. Though we left Rishikesh but its memory was still vivid in our mind.