You are here: Home / Travel / Sojourn 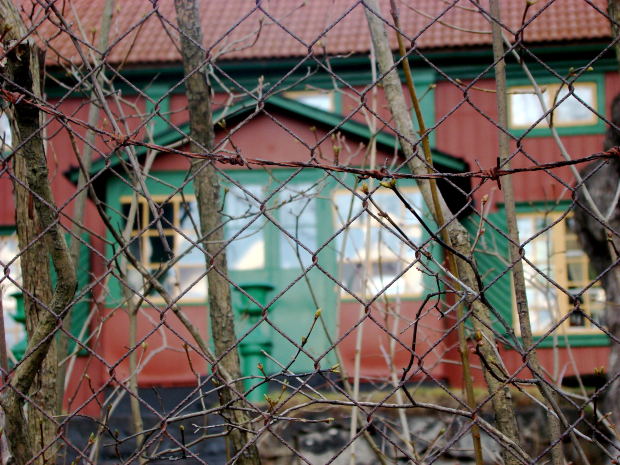 A night before I thought for a travel north. Wake up early morning and proceed to downtown Baguio City where you’ll find the Lizardo trans terminal and queue up with people making some reservation or purchasing ticket . You’ll see sorts of places to go as advertised by the buses in their destination sign. Sagada, Bontoc, Lagawe in ifugao, etc.

I was with a friend and I decided to go to fabled Sagada. The ticket was two seventy two pesos one way at that time and I heard travel time was between 6 to 7 hours . We embarked on one and we took second row behind the driver to have a glimpse of the winding Halsima. As we roll along I readied my camera to record spectacular views along the way. We brushed by some important places like Buguias and to my bewilderment even the roads on both sides are being used by vendors and hawkers alike.

You’ll find some sorts of animal meat and some rotting fish. There vendors are really resourceful . In fact (ukay ukay) used clothing hang everywhere. We had a brief stop on a certain place for a personal need and food in nearby restaurant. Some areas of Halsima are so high that barely see the pine trees down river and which appear heard like as if not moving along. If you look at the window to your side you won’t see the cemented road underneath the buses, so narrow that you think it as single lane only. The view are so beautiful in deep purple and colors of red and Orange waving dramatically. At some point I thought that our bus wouldn’t make the turn in v shape. Our driver is an expert. Lowland drivers as first timers to climb would probably plunged to the deep ravines.

We left Baguio City at 7:00am and arrived at 1 o’clock pm. We disembarked with my friend wobbling due to exhaustion and dehydration. We inquired from a three cart policemen for a place to pass the night. We found one, an old house converted to a sort of hotel which cost two hundred pesos per person so we asked for the key to our room where we can leave our gadgets and personal belongings. We checked the restroom and found the bathroom provided with icy water. This will post some problem. After some minutes of rest we went down the hotel to check our new environment. Downstairs, we found that the small hall of the hotel is littered with ornamental and igorot carvings exquisite and beautiful. I inquired on one particular item and the price? Sky high!

Next thing we did is to find some fast food chain. We found several menus or display on glasses cubicles. No food whatsoever! We asked the attendant smiling to their ears and came to know that they will cook only the menu we chose when we are sure we really like to eat . When we were done we decided to go around the town. We glanced upon a house advertising about the antiquities. I was inquisitive about it. We entered a narrow hallway and dark stairway. When we were about to plant our foot on the first step we heard a faint voice advising us to remove our shoes. We did. When we reached the wide sala at the second floor we were caught unprepared to find an old woman napping on wooden rocking chair . She appeared like an old woman of the 19th century with graying uncomed hair and dressed in native custome.  The material she was wearing was hand woven so I thought . We looked at some articles hanging by the wall; old record of centuries ago; dug out canoe, pistle and wooden grinder. There was also sort of native antiquities. Immediately we left the place spine shivering we thought the old woman was a sorcerer.