You are here: Home / Travel / The Sound of Milford Sound 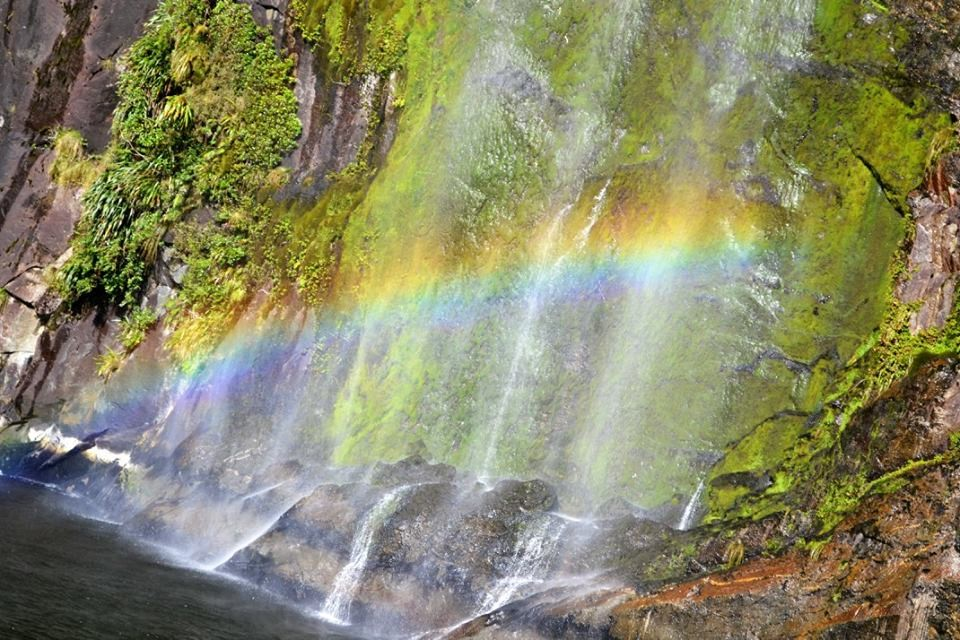 On hearing the first piece of the story from Big Bro about the Tasman Glacier, my interest for listening to other stories about the trip increased a manifolds, I wanted to remain glued to the screen as the entire storytelling session was carried on via electronic media. Big Bro’s next landing was about the Milford Sound. “It must be an enigmatic sound, in the Fjords land”, wondered I! I had heard about the “Dusky Sound” and the “Doubtful Sound” since childhood, so my inquisitiveness regarding the place was at its pinnacle. Even Rudyard Kipling was so elated by this “Beauty of the Nature” that he had greeted this place with the tag “The Eighth Wonder of the World”. The magnificent Milford Sound is the star of the glacier-carved Fjordland, with the surrounding National Park adding an emerald-greenery to its scenic beauty. The waterfall -rich backdrop is just too exciting for hiking and is enhanced by frequent squalls of rain.

Big Bro with a vivacity in his eyes, commented in a rather absent- minded tone “At night when you sit with a glass of one or two Martini Rosso after enjoying a yum dinner from a wide selection of food on the barbecue that included the famous NZ lamb rack, you can see the nymphs from the land of the clouds coming down to earth and displaying their danseuse expertise and the next moment they disappear leaving us enthralled.” I too was enthralled hearing about the dancing of the nymphs! There are not only one or two waterfalls running down the cliffs but almost a multitude of them cascading down the cliffs, like the flowing hair of Rapunzel, reflecting the sun rays in their cascades, thereby creating COLORFUL rainbows. While Big Bro preferred to take a gentle cruise through the lake most nature lovers who are very passionate about the place book in advance to hike the thirty-three mile Milford track. This hiking track is a legendary route making ways through the Alpine passes and the thick temperate rain-forest. Though there are several endangerments on the hiking route however those passionate travelers believing in the popular saying “There can be a no rainbow without a cloud and a storm” take the challenge to venture by foot. 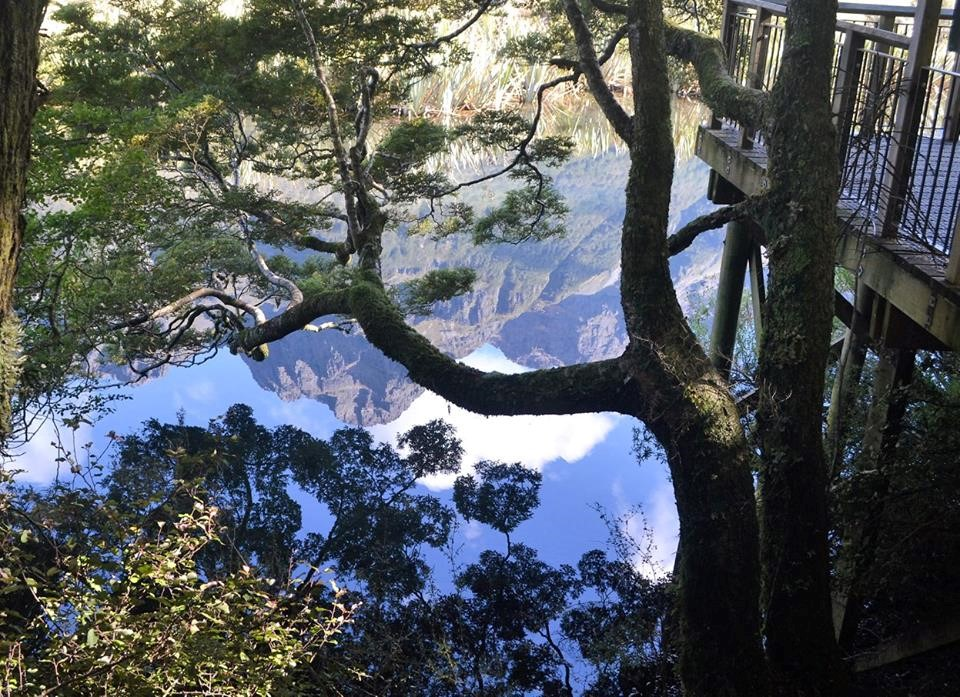 In the local language, the Fjord Land is known as “Piopiotahi”, and along with the Piopiotahi Marine Reserve, and the adjacent National Park, the nature’s rich estate is considered as “World Heritage Site”. It is also the world’s topmost travel destination in New Zealand. In Māori language the sound “Piopiotahi” is named after its local Piopio bird which has a stark resemblance with the much common bird –the thrust. Most unfortunately the “Piopio” bird has become extinct and now can be found in the historical books only. Big Bro’s voice sounded heavy as he was ruminating those pleasurable memories. He said, “While I was sipping piping hot morning tea and my mind was engrossed in the wide range of English Breakfast full with burgers, locally made cheese and other dairy products, my mind still flew away with the thought of the “Piopio Bird”. “The word Piopiotahi means, “A single Piopio”, he continued. “It tells us about the legend of Maui- the eternal yearning of mankind to win immortality, a yearning of mankind since the dawn of sophistication till date – when Maui died in the attempt, a ‘Piopio’ was said to have flown there in lamentation”.

At the end of the cruise, Big Bro for the last time had tried to listen to the song of the “Piopio” singing the song of immortality. I asked him after a pause, “Big Bro, did you really hear it?” Big Bro smiled mysteriously and replied, “Perhaps yes and perhaps no…amidst the symphony of the spilling waterfalls the song of the Piopio, got sunken, though it’s still in my sub-conscious mind. Sometimes when I keep my eyes shut, I can hear the Piopio singing the Song of Immortality.”

Retorting back again to the Milford Sound, Big Bro continued, “Milford Sound actually sports two permanent waterfalls all year round- the Lady Bowen Falls and the Sterling Falls. Can you guess what happens after a heavy shower?” I nodded in denial. “You know, many hundreds of transitory waterfalls come down running the steep sided rock facing that stand in a zigzag line in the fjord. They will last a few days at most once the rain stops. So ephemeral they are and adding to the beauty there will be a bright and colorful rainbow arising out of the water-mists and turning the site into a Seventh Heaven. And if you are lucky enough you can also find out some  not-so-popular dolphins dancing in their own rhythm”. “How exquisite that was! Rainbows, transient waterfalls and dances of the dolphins”! I murmured. He exclaimed, “ You know , the rainbows in the Milford Sound were in a sense had an enticing beauty as they were  spraying water-mists thereby adding an ethereal charm, displaying an exceptional sight to her myriad travelers”. I was lost in my thoughts trying to visualize the scenario and was wondering if my 2D gadget had a 3D screen in order to perceive the best effects.

However, we have to become offline at this juncture of the story and step into reality for the day. Though we were busy with our daily toils, both of us residing on different parts of the world, our minds were preoccupied with the continuing part of the narration, only the subtle boundary line between the narrator and the listener was time. We both realized that the present world in which we are thriving has an acute dearth of time I said to myself, “ ’Haps I lived in that world where there would have been no parameters for time, the hands of the clocks would make movements according to our wishes.” But aloha! We have to wait for the completion of the story till next day.