You are here: Home / Inspirational / Our Start Up Journey 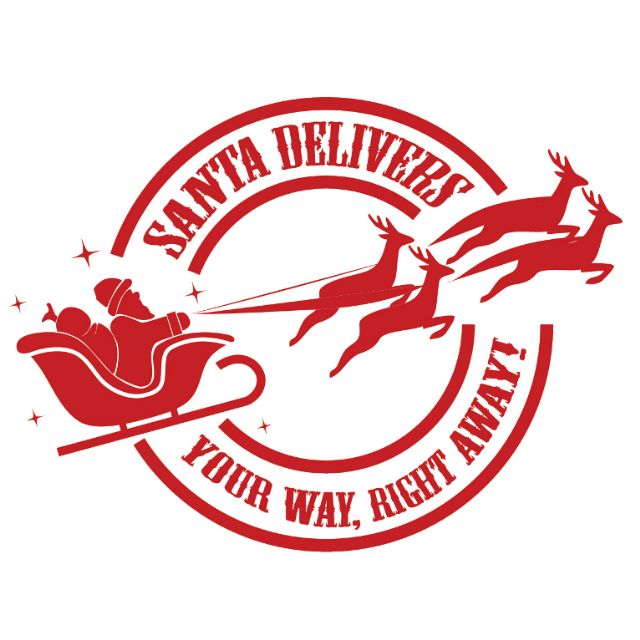 Santa Delivers is a food tech start up, which specializes in late night food delivery in Kolkata. Its operation hours is from 5 pm till 3 am in the night. Currently it takes orders from santadelivers.co.in as well as on phone. Its mobile app is also going to be launched this week. Currently it has a team of 12 members consisting of 3 partners, a manager, 4 delivery boys, 3 chefs and a helper. 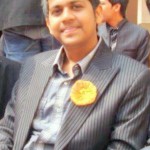 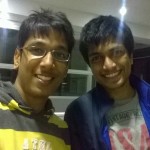 The Startup Journey as Narrated by the Founders:

We were always food lovers and knew the scope of this industry. There was always a drive in us to do something on our own and wanted people to know us for the work we have done. Apart from that we were not much content with running our family business only, so we were always looking around for opportunities where we can step in and make a difference. While preparing for our CAT exams we would always come up with new ideas to work on and would discuss its feasibility and other ramifications. We worked on many ideas but all were scrapped because they lacked in uniqueness and excitement. That’s how we landed up with this idea in August 2014 and after having a thorough research, we decided to start it as soon as our CAT examinations gets over.

Everything was figured out, the mode of operation were in place and we launched Santa Delivers on 28th December 2014. Coincidentally the results of CAT were also out on the very same day and our results were disappointing. We pushed ourselves a lot and motivated each other, expecting that a new beginning is about to take place. On the very same day, we woke up at 4 o clock in the morning to distribute the flyers through newspapers. This was the beginning of our wonderful journey.

Initially it was very tough for us . In the very first month, we used to get about 5 orders a day. We had to continuously work on the marketing, so that the average number of orders is increased. We tapped new customer groups like various colleges and offices and then there was a substantial increase in the average number of orders. Initially there were times, when we had to go and deliver the food to the doorsteps of the customers due to the shortage of delivery boys. Infact we had to deliver for about a month.

In this journey, another life changing event happened in our lives and the event was that we both got through NMIMS Mumbai for post graduation. Now that’s where we were stuck with- Santa Delivers or MBA. We felt that MBA would really help us to take our start up to a another level, so it was a very tough decision for both of us to make.

So we were working out with various alternatives on how to get out of this situations. After a lot of brainstorming sessions with our family members, we decided to pursue higher education keeping in mind that our start up should not be hampered. So, we thought of bringing a new partner who is equally enthusiastic about this start up and would treat it as if it is his own child. So we had a very good friend whose name is Pulkit Kejriwal, who was very much interested in working on this venture and had shown a lot of interest. After a lot of meets, we finally made him the partner. Pulkit joined us from April and currently looking after the operations and marketing of the company.

From the very beginning we heard stories told by our father about how they struggled in life and how they became successful entrepreneurs. Even we wanted to do something like this with a aim that someday we will tell our story not only to our children but to the whole world. This is what inspires us to work harder everyday and give our best on whatever we do. Our families were very supportive from the very beginning and without them, nothing would have been possible.

There was a tremendous learning in these 6 months of our journey. Initially for the first 3 months, when we only used to take orders, we instilled a lot patience in ourselves. When we used to get less number of orders, we had to be very patient and awake expecting that the phone can ring anytime. Sometimes while interacting with the customers, there were times when customers used to abuse for no mistake of ours, still we had to be very polite and calm. There was always a barrier that we could not go and deliver to the customer doorsteps, but Santa Delivers broke all these barriers and made us realize that no work is small.

Currently we deliver in few parts of Kolkata such as Saltlake, Rajarhat, Lake Town, Karkurgachi etc.Our revenue model is basically from the total revenue which is generated from the sales of the food. We get around 30 to 35 orders everyday and the average size of the orders is approximately 400. We want to cover more parts in Kolkata, and want to expand all over Kolkata. As per as the long term goal of our company, we want to expand to many cities in India. Our vision is to make our company be there in all the major cities in India and want it to be known for its quality and service.

Santa Delivers came as a blessing in our life at the right time, because with some extra effort we are now able to pursue our MBA along with an active start-up. So we had nothing to sacrifice, which is the best thing that happened to us.