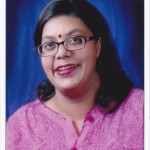 Being engaged myself as a housewife for long years ,one day I became fed up with the position of the females in the society after attaining a proper Education. So I decided to work ,but due to some family boundation I was unable to go outside for work. This all made me in a state of depression and from then I wrote my feels and thoughts on a simple piece of paper. Slowly I realized my hidden talent as a freelance writer and from then I wanted to present my work before society. But no publishing house was ready to publish the same without money. Again money became a bigger hindrance in my upcoming career. But one day as per my regular routine , I was surfing on the internet. There I saw this website “Your Story Club” which increased my interest level more . There I wrote my first story and after publishing the same ,I found that my confidence level arises more than before. From then I became a regular practitioner there . Though I didn’t get any prize or award from this site till now but still my hope remains forever.

As a Journey of a writer , I recently get the recognition of my work through this wonderful site ” Your Story Club” . About three months ago a  group of film students , Mumbai were contacted me to get permission for my poem “Meri Pehchaan” to include some lines of it into Her film. And now the film is on youtube . This film “Pehchaan is based on my poetry “Meri Pehchaan” on “Your story club”. Moreover the film Pehchaan” has been selected in the top 8 films at The GBV Film Festival. It has been screened on the 5th December at US Consulate, Bandra at 6:30 PM. The youtube link of the same is as under –

I am very thankful to the Chief editor of the “Your Story Club” who gave a real shape to my work and through which I , as a Writer is able to get my name and fame in the online literary work.