You are here: Home / Inspirational / Sea Cadet Corps: The beginning 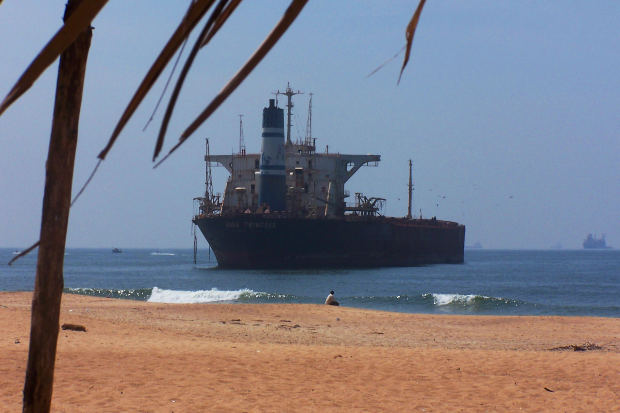 In a small village in Karachi a boy named Gokaldas Ahuja was born in the year 1915. His was the second son of a small merchant. He completed his higher studies in the year 1935. He took over his father’s business.

He was too fond of the sea & sailing. His interest lead him to set the sea scout group in Karachi in 1938. Once while  doing their training in 1942 the scouts saw a capsized optimist (a boat) and a man drowning. The scouts showed courage & saved the man (commodore Khatri). Commodore was shocked on seeing the courage of the scouts & offered them place & equipments to carry out their training at HMIS Delawar. Unfortunatly the partition of the country deail a blow to aspiration for Mr. Ahuja.

Mr. Ahuja migrated to Mumbai after the partition & carried out some sort of activities to sustain the sea scouts. The Indian Navy was the savior of the Sea Scouts. They provided them with facilities in the naval dockyards in 1948 & at INS Kunjali in 1954. In later half of 1950 Mr. Ahuja traveled abroad to study the youth movement. At first hand found what he was looking for in the Britain was the SCC & Navy rely.

After returning back in 1951, Ahuja presented the blueprint of the national head quarters. He re-named the organisation as Sea Cadet CORPS & took a revitalized movement.

A strong keel was fall down by Ahuja. The official recognition came in 1961 when the Parliament amended the merchant ship with the SCC to fly the Blue Ensign. They faced with a corp crunch of the warrant obtained by the Naval officers.

A home of its own was the next dream of the founder A piece of land on the south Mumbai water land from Bombay Port & ship of cement & concrete named as T.S.Jawahar was lead on 21st March 1963 by our late PM JawaharLal Nehru.

The SCC is still running smoothly molding children for their future & I’m to pleased to be a part of this organisation. The idea of SCC has spread across the country. Their are total 20 base of Sea Cadet Corps across the country.

This is the real story of the beginning of Sea Cadet Corps & I’m a part of this organisation.