You are here: Home / Poetry / DILEMMAS TOO MANY 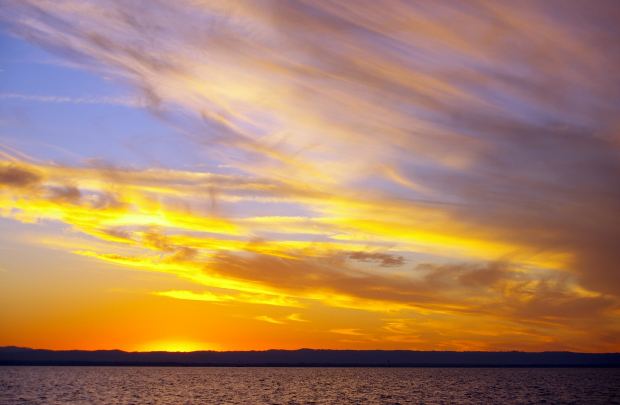 Poem on Universe – DILEMMAS TOO MANY
Photo credit: cooee from morguefile.com

There are dilemmas too many for the scientists
And philosophers alike –such are their realms.

***********
Einstein and such great brains faced a dilemma
About the laws governing material universe.
They felt that at the border of this material universe
(Containing billions of “galaxies”
Each of which contains billions of suns)
Another equally big material universe may exist.
After that again another material universe
And still another material universe and so on.
The scientists say that “light” bends !
They say “space” bends and “time” bends!
We cannot understand such abstract ideas.
********
Let us loiter in the world of science a little longer.
Let us learn about that wonderful world of stars .
Each star is a sun only too far away to be reached.
Each star is a real sun , very much like our most mighty sun.
But these suns are too far away to be reached.
There are billions upon billions of suns.
Even the nearest next sun cannot be reached
Even after a non-stop journey of one hundred thousand years
By a space rocket moving at speeds
Near fifty thousand or sixty thousand miles per hour!
If we travel towards a star it would grow bigger and becomes round
It would become another sun giving white light and white heat.
These suns are as many in number as grains of sand on the beach !
*********
But many philosophers and poets do not care
And feel happy discussing the geography of the heavens of gods.
They dream many impossible things.
They dream that after journeys for millions of years
We find earth-like cool and green and water filled planets,
With exactly the same chemistry as on our earth,
Circling the far away suns.
(Suppose for a while that man can keep
Continuity of his technologies for so long!)
They dream that there are living beings just like humans
On the earth-like planets of distant stars!
The philosophers and poets say that the beings there would be
More beautiful than the humans of the earth!
The philosophers and poets argue
That the living beings there would possess
Exactly the same type of  mystic souls
Which the living beings on earth possess!
But science calls all this as silly and nonsensical talk.

( 2 )
Some people may wish that gods come and live on the earth.
By that they mean they want godlike human beings
Be born on this earth and lead most holy ascetic lives.
They should live like ascetic philosophers
And set great example to the world.
There were indeed in ancient times saintly philosopher- princes

of great fame in many countries
Who left all their pleasures and lived with gentle hermits
In forest hermitages talking of only philosophy,
Morality, spirituality and truthfulness and piety.
They traveled in all the  lands
Preaching kindness, love and truthfulness
*********
God may be formless like sunlight, moonshine and fragrance,
He may be like the forms of abstract energy
Like “ heat, light electricity and magnetism”!
God may be formless like the abstract things
Like anger,happiness and cold,
Like patience, sweetness, bitterness ,kindness and truth.
But not a few among earth’s people say
That they cannot understand such formless god .
They want that god be of only beautiful human shape
Like a most beautiful and mightiest princes.
Human beings are like children and want god
Always to look like a father or mother.
They want to daily sit with their gods in their imaginations
And pour their hearts out and tell their woes.
*********
Philosophers say that man’s mystic soul
Is equal in all respects to god’s mega-soul .
God they say acts as per wishes of man’s mystic soul
God agrees to all childish wishes of man.
God is all powerful and so can be created by man.
Not a few  people want god to be a heavenly prince.
He is imagined as possessing a most beautiful form ,
A prince living in golden and chrystal palaces floating in air
Among fluffy clouds in beautiful blue skies,
And living in company of most beautiful queens.
*********
Some may want god almighty to be the god of Nature.
He is a most beautiful eternally youthful huntsman
Living in the wild spots and flying in mid air with a smiling face
Among beautiful forests and near lakes and rivers .
Living among most beautiful forests
Filled with  beautiful animals and birds.
He is a most beautiful huntsman like a Tarzan
Born at the beginnings of all Creation.
The prince –like god and the hunter- like god are both one.
They are like two moods of the rich man
Living for a few days in his city mansion
And for a few days in his farmhouse
Situated in the countryside among fragrant fruit orchards.
But whatever the personal wishes of god may  be
People want him always to assume beautiful human form
(Which it is very easy for god to assume)
And not live in a formless way like a cloud or storm.
*********
We strictly want these gods to come to the earth.
It means they be born like saintly human beings.
We want them to live only on earth leading ascetic lives
They should lead life like saints and ascetics
Or be born as holy philosopher- princes
Who leave all their pleasures and live with gentle hermits
In forest hermitages talking philosophy.
They will teach common people to live truthfully and ethically
And have kindness and love in heart
And they teach everybody to sacrifice their lives
To help the poor and oppressed people

These princes are like god almighty born on earth.
In India many worship a world- conquering prince
Who had a heart of gold and loved all people.
He wanted that elders should be respected
And brothers and sisters with whom one played in childhood
Should be loved with same intensity and innocence
Such as existed in the faraway childhood days
One should love his parents and brothers and sisters
And be ready to sacrifice himself
To reestablish truth ,piety, justice and love.
********
The great prince though selected as heir to the throne
By all people in the kingdom and was about to be crowned
Gladly sacrificed his right to the throne without the least protest
When asked to do so by his step-mother .
The great prince went away to forests hermitages
To keep the dignity of the his father the king
And of his mothers the royal queens.
He loved all people in the kingdom like his own brothers
And was ready to sacrifice his life for their welfare.
He was considered as god almighty born on earth
To establish power of truthfulness and piety and spirituality.
He considered the material world and its pleasures as just a mirage .
He considered as the real world only the heaven of gods
Where only love,kindness,truthfulness and piety reign.
********
We are reminded of another such philosopher-prince
The great Buddha who is treated as god almighty born on earth
He left his kingdom, his parents and his wife and son
And became a fighter on behalf of the poor.
He became an ascetic and wandered all over India
And saw the pitiable state of the millions of the poor
He fought for the oppressed people who were treated
As out-castes and were denied minimum human rights.
He challenged the ruling race(to which he himself belonged)
To give equal rights to the oppressed people
And show them compassion and love.
He said he was not bothered about god and heaven
And said that to serve the poor was the greatest heaven.
Many people feel  that such philosophy is the surest path
That should lead to heaven if there is one.
The philosopher-prince  treated the oppressed  as his greatest gods.
He preached that love,truthfulness,compassion,
Piety and spirituality and ascetic living are the greatest virtues.
*********