You are here: Home / Poetry / Wallflower 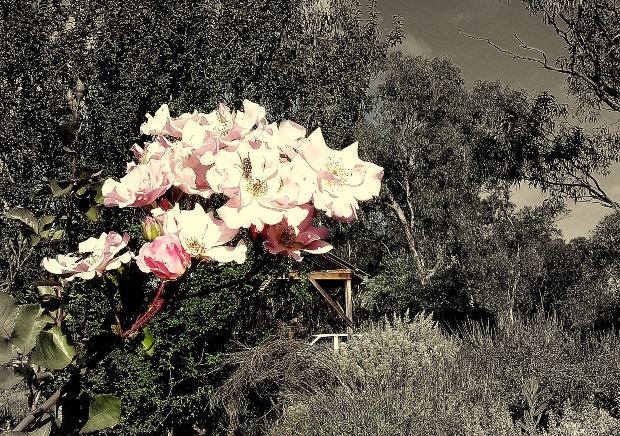 The world was a little different, from this side of the hall,

Every movement could be seen distinctly, you needn’t be that tall,

No one stopped, no one paused, no one even seemed to care,

They all swished right past, they didn’t see you there.

They didn’t see you there, and yet you seemed to be okay,

It wasn’t like this was something new, this happened every day,

Every day in the past 12 years, had gone by thus,

So now when it happened, you didn’t care to make a fuss.

You didn’t care to make a fuss, because what could come of it,

No one would look twice, if you bellowed, or threw a fit,

No one would look twice, even if you didn’t do such,

Because honey, lets face it, you didn’t stand out much.

You didn’t stand out much, as if you didn’t already know,

You weren’t slender, you weren’t tall, you didn’t have that glow,

Nor blue eyes, nor blonde hair, you were hardly were a beauty,

And when you were asked to dance, it was merely a gentleman’s duty.

It was merely a gentleman’s duty, you were lucky he was kind,

He was after all the kind of person, for whom your heart had pined,

You deeply wished, and deeply prayed, that Someday might come true,

When he could see the swan, in the ugly duckling you.

In the ugly duckling you, hid the swan that would be,

Mesmerizing and breath-taking, but would anyone ever see?

Would anyone ever imagine, in their wildest dream,

The witty, smart person, the funny soul you are,

And that self-conscious girl, are miles afar.

Are miles afar, are poles apart,

You know that no one sees, and so you’ve stopped to try,

You know that no one cares, and so you’ve stopped to cry.

And so you’ve stopped to cry, and enjoy life as it is,

Being a spinster and a wallflower, has its own perks and bliss,

You’ve done away with the hope, that someday he will see you.

But someday, he will see you and that day he will know,

Someday, he’ll realize that he should never let you go,

Someday, he’ll make amends for all the years that flew by,

Someday, he’ll comfort you and hold you as you cry.

Hold as you cry, his grasp warm and strong,

Your head on his chest, but this doesn’t feel wrong,

Then as he cradles your face, he smiles slowly,

Yes. She’d simply said, as more tears were near,

The wedding was soon, and filled with amaze,

The ton couldn’t believe it, they were in a daze.

They were in daze, as to what had come to pass,

They still waited for the news, that this was all farce,

The wallflower, she sighed content, those days were a long time ago,

All her days, all her mornings, filled with light, love and laughter,

Snuggled next to him, at night, she smiles at her Happy Ever After.