You are here: Home / Family / In memory of Jimmy..with love 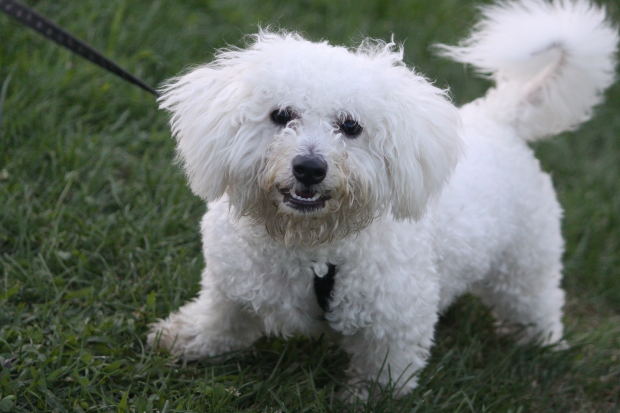 Story of Pet – In memory of Jimmy..with love
Photo credit: jade from morguefile.com

It was during summer holidays of 1982 that my father brought home a puppy. We weren’t sure about his gender then. He had feathery white furs all over and big black beautiful eyes. Initial days at our place, he walked through all the rooms as if he was searching for his favorite spot there. My mother kept a bowl of milk before him and we all waited to see him take his first meal with us. His face showed no response as she pushed the bowl before him. My sister opened a packet of biscuits and placed before him, yet there was no acknowledgement from his side. My Dad went to the kitchen and brought a piece of fried fish and laid out in front of him but couldn’t evoke any response.. The puppy just walked away from the buffet spread before him and we noticed him banging his head on the wall. He took a turn and went to the opposite direction and again banged on the corner of our bed. It was then that my Dad screamed that the puppy appears to be blind.

We were feeling sorry for the poor thing but nothing could be done as my Dad had brought him from a friend of his who was shifting to another town. We named him “Jimmy”. After few days of hesitation, Jimmy was getting used to the atmosphere in our home, the location of doors, the furniture and other hindrances which blocked his way during his majestic tour inside our premises. He had begun to roam around easily without banging his head anywhere and that was a huge achievement.

Jimmy was closest to my sister or we thought so as she was the one who spent maximum time around him, feeding him with whatever she could lay her hands on. She bathed him every weekend and combed his furs and applied a “bindi” on his forehead. Jimmy was getting comfortable day by day and he no more loved sleeping on the floor or the small rug my mother allotted him. He was seen lying on my sister’s bed or the sofa. He had access to all the bed rooms and occupied anybody’s bed except mine. I was allergic to all kind of pets. For the same reason I was not very comfortable with him sharing my bed. I never touched him nor let him come close to me. Jimmy used to sit at the same place where all of us were present, whether it’s a movie time in the drawing room or chatting away in the kitchen.

It seemed like he knew the time when each member of our family returned from work or school. We used to wonder when he refused to enter the house without having all four of us inside. When my father was away on official trip, jimmy used to lie down under my mother’s bed as if keeping a watch on the surroundings. We never saw him with his mouth closed. The tongue was always popping out and he grew to be a healthy and handsome dog.

We were a family of five now and he accompanied us in our trips to ancestral homes, a few hundred kilometers away, in our ambassador car. Jimmy was given special treatment at our grand parents’ place due to the reason that he was a very well behaved dog. My Dad never addressed him “dog” and he was one amongst us in all aspects.

Jimmy watched almost all special events in our life including our good times and bad times. My sister got married and I got admission in a reputed college in the city. My Dad was a Government employee and used to commute by a scooter. The Sunday of October 1992 turned our lives completely. My Dad went out to get some household things and was returning home when his scooter skid. He breathed his last on the spot leaving us in despair. We had lost our guardian and was completely under shock as my Dad was only in his early fifties and was healthy.

Few months on, we tried picking up the broken pieces and started moving ahead in life. Now the family had only me and my mother in addition to Jimmy. One night after dinner me and my mother tried hitting the bed that jimmy came and started licking my mother’s feet. He was wagging his tail continuously and licked her feet. After some time my mother got irritated and shouted at him to go away. Tired to the hilt, we slept off soon.

The milk man’s bell woke my mother who went to collect the milk from our gate. She noticed that jimmy was asleep but the posture in which he was sleeping made her disturbed. His two front legs were laid straight facing my mother’s bed as if he was thanking her. She went besides him and called him by name. Seeing no response, she touched him and found that the body was cold. The Veterinary doctor who came to check him up confirmed his death last night.

Jimmy had spent more than 10 years with us and his last moments with my mother proves that animals do have thinking power. Even a person like me who used to hate pets is reminded of his generosity, even decades after his death. I strongly believe that animals also understand emotions and they do have power of understanding,

In memory of Jimmy, with lots of love.