You are here: Home / Childhood and Kids / Wise choice 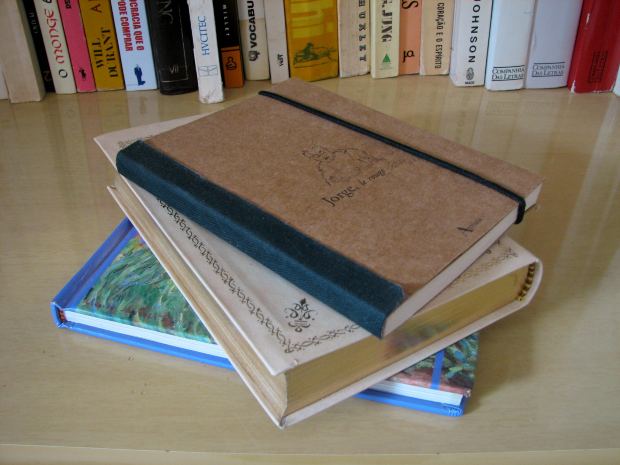 Once up on a time in the kingdom of Jayapuri, there lived a great scholar named Vidyabhushanacharya. He was proficient in many fields such as theology, philosophy, Ayurveda, literature, poetry and music. His knowledge in Vedas was such that learned scholars from far off places like Varanasi used to come and join as his disciples to learn from him and to clear their doubts. He had a great collection of ancient books including scriptures written on Talapatras

The king Rajasimha had great respect for Vidyabhushanacharya and was impressed with his knowledge and used to conduct literary competitions and discussions and shower him with precious gifts.

Vidyabhushana had four sons. They were very obedient and had great veneration and love for their father.

One day Vidyabhushana called all his sons and said,

“Sons, I am getting old and I know my end is nearing. Before I die I want to distribute my possessions to you. I give you a choice to choose from all my assets. As it is the custom, I want you to make the choice in the order of your age. So the eldest will have the privilege to choose first. You all can request for whatever you want. But I am going to decide at the end that who gets what.”

“As you know I have a thousand gold coins, a mansion in the main streets of Jayapuri, and hundred acres of paddy fields and I also have a collection of scriptures and ancient books.”

He turned to his eldest and said, “Soma my son it is your choice now.”

Soma bowed to his father and said “father, because you are asking me, I am saying this, please give me the gold pieces.”

“Very well my son, May god blesses you.”

“Viraama my second son, what do you choose?”

Viraama bowed and said, “Respected father, I always fancied living in the middle of the city. Please give me the mansion.”

“Good choice my son. May the fortune always be with you”

Then he turned to his third son Nandana and asked him

“Nandana, what do you wish to have?”

Nandana prostrated before his father and said “father I wish to have the land you own.”

“I am pleased with your choice son.”

Then he asked his youngest son.” What about you Saadhaka?”

“Are you certain my son? You can choose anything even if someone else already has chosen. But I am going to decide who gets what.”

“Yes father am very sure, I want the knowledge.”

All the other brothers were very happy and thought, what a fool this youngest Saadhaka was and they were wishing that the father accepts their wishes.

Vidyabhushana reflected for some time and said “Sons I accept all your choices. All of you are acquiring whatever you wanted. “

Everyone was happy and the elder brothers pitied the ignorance of Saadhaka who chose worthless books over the riches.

As they desired, the three sons took possession of gold, mansion and land and left their father’s house.

Saadhaka remained close to his father and served him in his old age while eagerly learning all shastras. With the help of ancient books and his learned father, he gained enormous knowledge and ultimately became equal to his father in all the fields of knowledge.

Vidyabhushana passed away after about a year. All four brothers grieved their father and went on with their lives. Few years have passed and the sons grew up to live independently.

Soma started to lead a very lavish life with his inheritance, he thought he never had to do any work or learn any skill. He thought he and his next ten generations can live in comfort with all the gold he acquired. He married and settled with his wife and children. Somehow the word spread about the inheritance and one ill-fated day a thief entered into Soma’s house and robbed the entire gold.

Soma did not know what to do with his life and with a family to take care. He had no skills or education or knowledge in any field. When he tried to get a job nobody gave him any work. In a day he became a pauper from richest man in the entire city.

“Na Chora Haaryam:” That no thief can steal;

Viraama was very happy living in the mansion in the middle of the city. He cherished that home and decorated it and enjoyed living there. He would invite his friends on all occasions to display the expansive rooms, the exquisite décor, architecture and the garden and beautiful view of the city from the roof. He congratulated himself for his excellent choice and thanked his dead father for the great gift. But his happiness was not to last for long.

One day the King and queen were passing by in a chariot and saw the great mansion in the middle of the city and they were taken by its splendor. The king enquired about it with his ministers. Ministers verified the old records and said that the land and the main house on it were given as gift by the previous king, the father of Rajasimha, to Vidyabhushana‘s father and at present it is owned by his son Viraama.

They brought Viraama to court and the king said, “Viraama, we liked the big mansion in the city center in which you are living. We want to host our guests and foreign delegates in such an exquisite place. Please vacate it. We will dedicate it to the state. We will give you another piece of land in the city outskirts so that you may build a house on it if you wish.”

Viraama could not say anything. It was Kings Order. He also was aware of the fact that it was a gift to his grandfather from king’s father. He did not know what else he could do but to hand over the house. He was not ready to live outside the city also. In a moment’s time he became a homeless from the owner of a big mansion.

“Nacha Raja Haaryam: “That cannot be seized by the kings;

Nandana too was extremely happy with his share of inheritance. He had great passion for farming and now he is the owner of a big land. His joy had no bounds. He was dreaming of making a fortune with all the produce he was planning to grow. He got the land tilled and planted paddy, coconuts and plantains. But his happiness was cut short by the unexpected happening. He had five cousins and as soon as they saw green paddy field and all fruit bearing trees their eyes turned green with jealous. They went to Nandana and said

“Brother Nandana, This land belongs to us too. It was owned by the family and we belong to the same family as you. So each of us should get equal share. If you do not accept this we will have to go to the King for justice.”

Nandana saw that what they were telling is true. Even if he goes to the king’s court he would get the same answer. So why even bother to go to court? He gave away the land to his cousins and was left with just a small piece of land for himself.

Saadhaka was content with his portion of inheritance. The more education he spent, he gained more of it. He would study, research and share the knowledge with other scholars and his own disciples and his depth of knowledge improved by leaps and bounds. From the ancient books he got and the deep knowledge he acquired from his father he became famous and even rich.   No one could steal, rob or grab or divide his immense richness in learnings. The king Rajasimha came to know of his prowess and appointed him as his court’s main scholar.

Even after becoming rich in materialistic things, Saadhaka did not change. He remained pious and humble. He took pity on his brothers, who lost their shares of inheritance and suffering deep in debts, and asked them to come and live with him.

The three brothers learnt a lesson that education and knowledge are the ultimate riches in this world.

That which is never weighty, if expended more always flourishes, education is the most important treasure among all riches;

*** So boys and girls if someone wants to gift you and if you get to choose, go for a good book and read it.