You are here: Home / Childhood and Kids / STORY OF TWO LITTLE FRIENDS MANU AND TOM 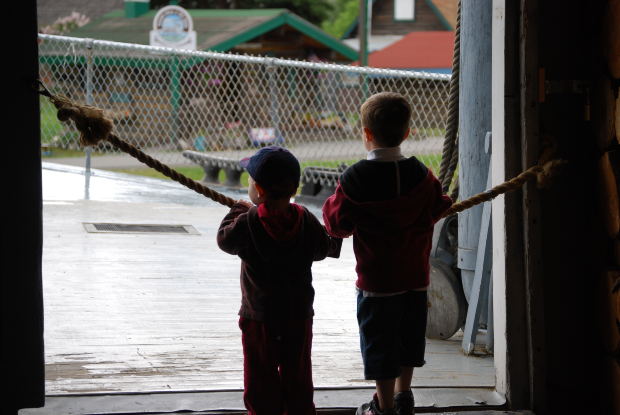 Manu was a twelve year old boy. A very smart boy for his age, he was such a lovely handsome one and was the only son of his parents.  Recently his father got transferred to a new place. Manu was little depressed as he had to leave his old friends. They took a new house for rent a little away from the town. It was a beautiful place with paddy fields around.

Manu got a new friend a little boy Tom . He was seven years old. He couldn’t get a friend of his age. The duo became good friends very soon. Their families also became very close. Manu’s mother used to send him to the shop for bringing the grocery items. The shop was little away from the house. He used to go by his cycle. Tom also wanted to go with him. At first Manu did not agree, but on Tom’s compulsion he made a second thought. They went to Tom’s house and took his mother’s permission. Manu decided to take his little friend with him.

It was a funny ride, Manu and Tom enjoyed a lot. In ten minutes they reached the shop. It was a little business centre, with many small shops around. It was the shopping centre for the whole village. Manu started purchasing  the things  his mother had asked to buy . He was talking with the shopkeeper and Tom was standing close to him. He told something to Tom and turned to the shopkeeper again. Now he turned again to Tom but he was not there. Manu looked around everywhere but was unable to find Tom. Tom, Tom, Manu was shouting. Tears began to flow down his  eyes. Alas, his little friend was missing.

Manu did not know what to do. He was afraid to go back home. How will he face his parents and Tom’s mother ?  He was new to the place. He didn’t know anybody. He was in total confusion.  When the children did not return home, Manu’s mother got scared and informed his father who was at his office. Father told her not to worry and went in search of the children. When he reached the market he saw Manu weeping and wandering  about. He tried to console his son but in vain. They asked everybody but nobody had seen the little boy. Manu’s father informed the police.

Manu and his father returned home tired. Tom’s mother was uncontrollable when she heard the news. Tom’s father was abroad.  Police search also did not find any results.That night passed with  sleepless  people wandering here and there at Manu’s home. Manu’s condition was pathetic. Everybody was praying for Tom. Next morning the telephone rang and Manu almost was flying to take the phone. It was from the police station. A glad news was there.  Tom was brought back by a van driver to the station. Manu, his parents and Tom’s mother went to the station.

At the station everybody hugged Tom. All were crying out of joy. Tom’s father who was trying to come back home was also informed. The van driver started narrating what had happened to everybody. As usual he had come to the village market to deliver the toys to the toy shop. He opened the back door of his van and took the toys to the toy shop. Seeing the toys in the van Tom ran to it. He climbed inside and without knowing this the driver had shut the door. He drove the van to the next village where he was staying. He didn’t stop in between. It was a tiresome drive. He parked the van and went to sleep.

Morning he heard a child crying from inside his van and ran to open the door. He saw a startled little boy. He pacified him and asked him what had happened. Tom told that he had entered the van seeing the toys. When the van started he was frightened and remained silent. Later he fell asleep. Since he didn’t stop in between van driver knew he was from the other village. He reported at the police station.

Everybody was so thankful to the driver. Tom’s mother was not keeping him down. Completing all the formalities at the station they brought Tom back home. Manu was smiling now.