You are here: Home / Funny and Hilarious / Misconception 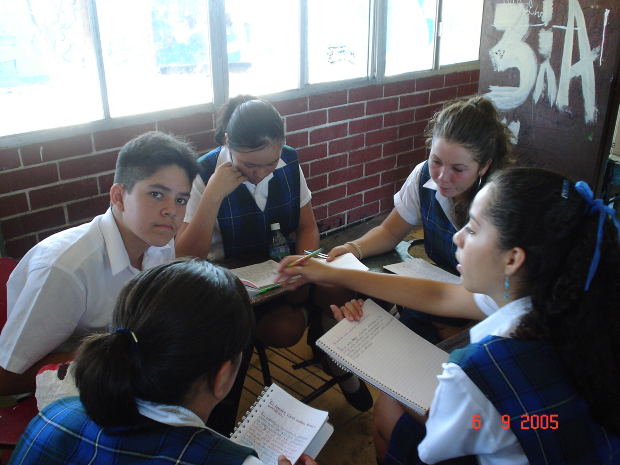 My English teacher had always been a carefree and fun person, who knew what life as a teenager was like. She used to play games with us and let us sing and if it was too hot inside the classroom, would let us take our books outside and study at the edge of the football field. No one had ever seen her lose her temper. No one except for my seventh grade classmates and me.

It was a fine winter morning in December. The sky was pale blue and fog drifted aimlessly around us. The desks at the back of the class, scribbled with slangs, were occupied by the troublemakers, the polished front seats by the over-smart nerds, and the middle rows by the normal children.

At eight o’ clock sharp, our English teacher entered the class, trilled a ‘good morning’ to us and started explaining some baffling grammatical terms. We all sat obediently, taking notes in our notebooks. Occasionally she would look up from her book to give a stern look to a student who was talking or to smile at someone who gave an exceptionally good answer.

The class was quite normal and uneventful until suddenly, we heard a squeaking sound, the sort of sound that was caused by the shaking of a broken desk or opening and closing of a door with an un-oiled hinge. It was barely noticeable at first, but gradually grew louder and louder, begging for attention. A few students looked around at each other, to figure out who was making the noise, but they were unsuccessful. Our teacher didn’t give a reaction.

A few minutes later, as the squeaking still hadn’t stopped, she cleared her throat and ordered whoever was making that noise to stop. The sound immediately stopped but started again a half a minute later. Some children groaned and tried covering their ears. We were working on a difficult exercise and the noise was irritating. Our teacher glared at us but the noise didn’t stop.

Once in a while, it would cease all of a sudden…only to begin again after a couple minutes. After this had happened a few more times, one girl threw her pencil down and yelled at the class, complaining that she wanted to get good scores but couldn’t concentrate because of the noise. Our teacher frowned and ordered for the noise to stop. It didn’t. She tried to stop the noise a few more times but failed. Her hands started trembling, her mouth had become a single thin line and strands of hair were coming down. Inside my head, I pleaded for whoever was making the noise to stop. My teacher screamed with rage and declared that if the noise didn’t stop right at that moment, we would all go to the principal’s office.

Suddenly a boy who was usually silent stood up and said “Please, ma’am. The noise isn’t coming from a moving desk. It’s from the fan.”