You are here: Home / Love and Romance / Don’t Go 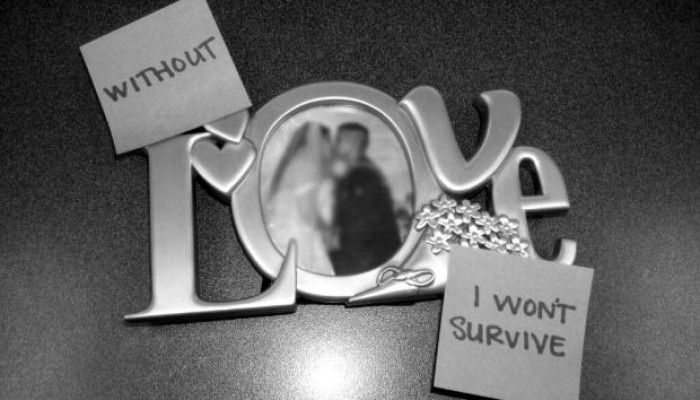 One day he left. Misaka’s love kissed her head and held her in an embrace she’d have to hold on to for as long as she could. He was warm, smelled of cologne and antiperspirant, and she could hear his heart beat beneath his skin. Her eyes squeezed shut as if, somehow, that would imprint a copy of him into her life.

She watched him turn away, letting the bit of fabric she held from his shirt slide from her hand. It had never been this hard to say goodbye to him. Her head told her it would only be a while, but her heart pleaded within her to make him stay. A bond like this should never be separated. She felt as if letting him pass the threshold would end the time they spent together- destroy the bond- Misaka couldn’t handle that. Her insides grounded into a knot and a large dry lump lodged in her throat. It hurt. Her chest felt on the edge of explosion.

She heard the twinkle of his keys and she grabbed his hand.

“I love you.” She looked into his hazel eyes with hers of resemblance. He smiled and kissed her hand.

“Coda” she whispered one last time after resisting the urge to scream and call him back to her. She crawled into their bed hanging tight to the shirt he slept in and had lazily thrown onto the floor. She laughed as tears welled up in her eyes, it becoming harder to breathe. He had always left his clothes on the floor rather than the hamper Misaka had bought especially for them. She curled up with the pillow he had laid his head on the night before. She lay there in silence surrounded in her misery.

Misaka’s knees began to hurt. The pit in her throat burned acidic, but she couldn’t find the strength to get herself up. Her fingers gently raked the grass that was warm and dry from the summer sun. A sigh pulled through her chest in preparation for the words to follow.

“You know, it’s kind of crazy how it happened.”

She swallowed, hoping during the pause she would receive a reply. Nothing came.

A tear quickly escaped Misaka’s eye. She began tracing the letters on the stone, and trying to quell the overwhelming feeling of despair. It had only been a year and she still couldn’t bear it. More tears were coming, burning, streaming out faster than she knew how to deal with. Hands now placed in her lap, she watched as she caught her own tears. They rolled down the pale palms sickened with grief. A hand first gently landed on her shoulder, then an arm slid around them stopping them from shaking. She fell into the embrace, burying her face in his shoulder. She was so comfortable in his arms she didn’t hold back. Tears soaked his shirt and spread until Misaka could no longer find a dry spot to rest her head.

“It’s okay to cry, Misa. Don’t worry about my shirt, I’m here. I’ve got you.” His embrace tightened around her. She just listened to his heart beat as her eyes began to dry.

“Don’t ever leave me, Coda.” Misaka spoke softly to him. He let out a small laugh, but felt bad about finding any humour in a time like this.
“I’ll never leave, Misa. I-” he hesitated. “I’m just so sorry about what happened to your mother.” A tear of his own fell and ran down Misaka’s bare shoulder. This time Misaka held him.

“Don’t be sorry. There’s no way you could have known.”