You are here: Home / Love and Romance / Regretful Morning 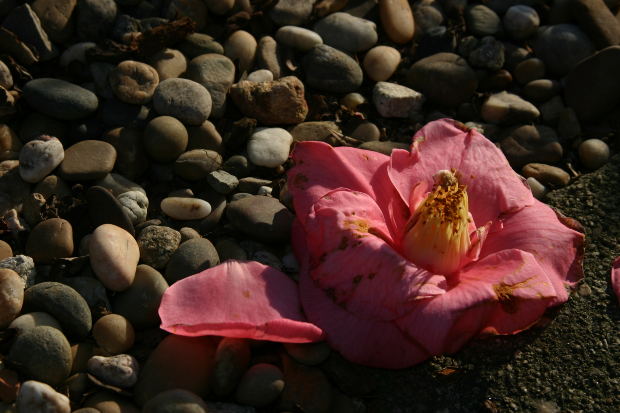 I got up late that morning, walked up to my backyard, nothing was visible, as haze had added invisibility to every visible object. Grass leaves looked more green and rejuvenated with dewdrops. The whole scene was damn fresh and indicated a great day ahead. The fresh air made me feel positivism in my spirit. My spirit felt as fresh as new buds look on half conversion into flowers. I was waving my both hands in opposite directions in order to feel that natural soggy ambiance. Those little drops that I could feel on my face gave an intuition that my dark past will be wiped down by these holy drops.

All of a sudden a pleasant sound of bangles striking against each other dropped inside my little inlet of ears that ran as a ray of curiosity to inspect what it is. I wondered from where it is coming but dense fog didn’t allow my vision to penetrate its power through it. But for sure I felt that sound had some deep connection with my soul, but hardly any inference could be made as not only the scene was covered with fog but my memory was also covered with thick layers of gloominess that failed all my efforts to draw any connection from it. But as soon as the intensity of that started diminishing I instantaneously opened the door and started to pursue that pleasing tune of bangles without thinking anything.

I didn’t know what it was and from where it came but it had something because it attracted me in very first instance. Slowly my curiosity to see that rhythm in person increased and reached its extreme. I started moving towards it gaining the highest velocity on which my shivering legs could move. I was walking on the highway bearing the heavy yellowish night lamps and the strong-beamed headlights of vehicles directly focused on my face and my eyes could not stand to that high intensity of light rays that almost closed my eyes made me cover my whole face from elbow part of my hand. All these resistances didn’t demoralize me as that melody provoked me to follow it.

Many thoughts entered and exited through my psyche but even in this circumstance of caged under deep and strong thoughts, my focus on that melody was not even a bit disturbed. The frosty air pierced through my skin and penetrated through my bones that gave a shivering effect on my complete body but that magnetism had made such strong bond with me that I was left with no other choice but to follow it and explore the secrets behind it because if I missed it, I would think about it through out my whole life.

As per my approximations I had covered a kilometer distance but still I was ready to travel more for that sweet natural melody. Meanwhile this chase, I also recalled the best and worst aspects of my past life but hardly any conclusions could be made that may have a relation with this melody. But suddenly I thought about one of my blunders that I had ever made and that was not actually a blunder it was a misunderstanding that was caused by my negligence but gave out a very destructive outcome that she left me.

She took this decision as her morals forced her to do this and if there would have been anyone else on her part would have done the same but what was done was done, but suddenly my toe struck against a rigid platform that gave me extreme pain and I fell on that platform flat with my chest touching the icy cement.

The pain was extreme but the thing I saw next left me thrilled and shocked with no senses active. When I wiped my tears from eyes I saw a white piece of marble there fixed in an inclined position. That marble contained the name MARIA, with date of birth but still I was perplexed but I came out from this situation later when I read the following text of date of expiry and it confirmed it was she when I read her father name and address. Everything on this globe seemed to have stopped that moment but I knew the reason and unfortunately I was the reason behind this. From that I haven’t slept properly and deep regrets have surrounded me and I’ll never be able to forgive myself…