You are here: Home / Social and Moral / Pure Devotion 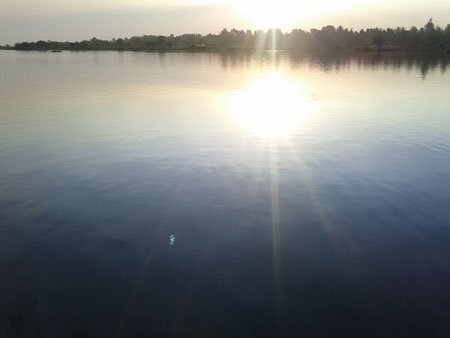 In the midst of the forest, sat calmly a saint. This saint was famous in the whole country for his miraculous wonders. Devotees from far across the country visited this saint so that their problems were solved. There was one devotee who never missed to visit the saint for his blessings. He generally used to bring simple things necessary for worshiping god like flowers, fruits etc. Everyone staying in the nearby village said that he was the greatest devotee of the saint.

One day, just to impress the saint, he thought to bring a very costly gift. He had saved his earnings for a long time to buy this gift. He bought two gold bangles to donate to the saint. When he gave the bangles to the saint, the saint started playing with it to show that he was very happy with the gift. The saint was sitting near a river. By fault, one of the bangles bounced from his hands and went straight into the river. The devotee became very sad and with anxiousness, he started to search the bangle everywhere inside the river.

The devotee became very sad and asked the saint why he did so. The devotee had lost two bangles which were very costly. Seeing the devotee sad, the saint explained the reason why he did so. He said that he had thrown the bangles intentionally to explain that god does not want such gifts.

Hence, the story has the moral that god is not attracted by costly gifts but he wants the true devotion of the devotee.