You are here: Home / Social and Moral / Fan 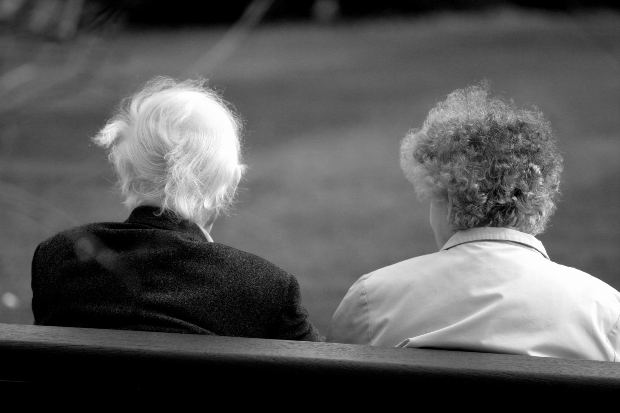 “Look at those birds Sudha….every day they come for biscuit crumbs during my morning tea. Aren’t they marvelous?”

Sudharani looked at the birds – all standing in a perfect row in the lower-most stair of the verandah. Three sparrows and a lonely crow – standing a step behind, just to maintain it’s dignity. The morning sun had just begun to spread a toasted hue all around. The lazy daisies were just beginning to wake up – having been sprinkled fresh by the dew drops. She turned to look at her husband.

“Mr. Chatterjee, you are beginning to enjoy your retirement , aren’t you ? Even an year ago no one would have believed that the founder of Sheetal Fan Industries, the forever- busy Mr.Kamal Chatterjee would also sit and sip tea leisurely while watching the sun and a few nameless birds!”

“ This is life, Sudha…I have given my best in building an entire company – my youth, my money and even my family-time. Today I am a relaxed man….I am sure Nitin would prove to be a better businessman. And when Nirmal would complete his studies and join him, Sheetal Industries would be the number one in fan industry”.

“ Yes, you are right perhaps. But somehow I just feel it was not very wise on your part to give away everything to them…I mean, you should have atleast retained this house in your name…”.

“What are you afraid of Sudha ? This is what I had always dreamt of….a busy working life and a worriless retired life….my sons are capable enough to step into my shoes”.

Somehow Sudharani shuddered a little, “ I am a woman you see…I look at life from a different angle – security is something we women worry about all our lives…”.

Mr.Chatterjee gently placed his hand over her shoulder – may be after many, many years.

Not having received their quota of crumbs for so long the restless birds flew away-one by one- leaving an aging couple to bask in the morning sun!

“Should I bring a Calpol for you? Or do you want a cup of hot tea?”

“None of those Sudha. Just bring my Amlong…I am sure it is the Blood Pressure which is creating all this noise inside my head”

“ Then why don’t we go and meet Dr.Das…may be he can tell you the reason behind the headache”

“ As if you do not know the real reason!”

Mr.Chatterjee removed the fingers that he had strategically placed on his forehead and gave an angry look at his wife. With blood-shot eyes and disheveled look he looked scary. Last night’s party had indeed taken a toll on him. Loud music, boisterous merry-making and howls….no one had once paused to think about two old souls who much needed a good night’s sleep.

The morning was equally bad with a loud face-off between the father and the son.

“ This is what is called a publicity stance Dad…To run a company we now have to think beyond factories and workers! And now that I run the show, let me run it my own way!”, Nitin had counter-argued. And as if to inject some more venom, he gave his parting shot,

“You have to learn to adjust to our kind of living, Dad. Learn to acknowledge your age and your dependence on us!”.

“Sudha, can you please put on the fan?”

Her husband’s voice startled Sudharani. “Uh…yes…but why? Are you feeling uncomfortable?”, She ran her fingers through his hair. With old age creeping in, ‘sweat’, ‘pain’, ‘discomfort’ had become dreaded words. She tried to identify any of those potential signs of danger. Instead she discovered that with the light movement of her fingers the lines and creases on his forehead were gradually melting away into a kind of calmness. He was obviously feeling comfortable now. Without disturbing the rhythm of her fingers she sat herself next to him. A faint smile appeared on her lips. Thirty five years of togetherness does build a kind of dependence – slowly, unknowingly!

“Dad, this is Niru…Nirmal! My mobile is not working for the past few days so I am calling from a land-line!”

“Niru ? Ah…relief at last..We were wondering why there was no call from your end…You know your Ma…she becomes worried unnecessarily…”

There was a mild laughter from the other end. Though it did not sound the robust laughter that one would normally associate Nirmal with.

“Dad, I had a talk with Dada too. This is not right Dad…you all are fighting almost every other day…Why don’t you try and understand his viewpoint too, Dad? I know he is rude sometimes….”

“ Come to the point Niru. What is it that you are trying to convey ?”

“Umm…mm…it is not a compulsion Dad…just a suggestion..in case you do not like to stay with Dada why don’t you….”. Nirmal’s voice suddenly sounded meek. There was an abrupt pause.

“You know I do not have another house Nirmal”

“ There is a new project that my friend Prabhat is launching…You remember Prabhat, na? That fatso….”

“ It is kind of a place for the old guys and stuff….”. Nirmal tried to sound as normal as he could.

Suddenly there was an eerie silence at the other end. And then slowly, punctuated with a lot of hesitation, Nirmal spoke his next words, “ Not you both…only you…They are taking people only above the age of sixty…and mom is still short by two years”.

“Don’t ever, ever call it an old age home uncle…it a ‘resort for the aged’…a perfect place to enjoy the rest of your life”, Prabhat had loudly declared while taking the signature on the consent form two weeks earlier. But now that the day was here Prabhat was no where in sight. An aged watchman and a timid staff were the only souls to welcome the Chatterjee couple. Nitin and his wife had wanted to accompany them – ‘atleast till the gate’ – a suggestion that was politely refused. “But how will Ma come back alone?”, Nitin’s wife had sounded anxious. Sudha had given a sarcastic smile in return. “Don’t worry, I’ll be back in time to put your children to sleep so that you both can go and attend yet another party”.

There were a few cemented cottages – unpainted and half-finished in this place that did not vouch the place to be a paradise as claimed by Prabhat.

Mr.Chatterjee was about to trip over a piece of stone, thankfully Sudharani caught his hand in time. “ Watch your steps! What will you do without me ?”, she chided him.

Mr.Chatterjee stared blankly at the naked ceiling with just an S-shaped rod dangling. Sudharani’s gaze followed his. “Where is the fan? No fan?”, she literally screamed aloud. Guniram, who had by now introduced himself, looked ashamed.

“Maa ji, these rooms have no fans…There was some problem with the payment so the supplier has not supplied the fans. There are some AC rooms at the other end but they are costly and I don’t think your people would have paid that much…”.

This was enough for Sudharani to control anymore. Her pent up anger, hurt, sadness that she had been kept locked came out as a flood of uncontrolled tears….. Guniram wiped his brow and sat on the floor .

“ What a game of luck Sir! The owner of a fan company has to stay in a room without a fan!”, he let out a sigh.

Mr.Chatterjee looked startled. How on earth did Guniram know about his identity ? Before he could ask Guniram spoke again, “ For sure you will not know me Sir but I know you..You are the owner of Sheetal fans, aren’t you?” .

“I was”, Mr.Chatterjee interrupted. Guniram paused for a while then spoke again, “ Sir, on the occasion of 25th Anniversary of your company you had distributed Sheetal fans to poor families in your factory premises…I was one of the lucky recipients Sir…I still own that fan…”. Mr.Chatterjee couldn’t believe his ears.

“ This way Sir, this way….this is a very, very small shanty Sir…very small. Take care Maa ji…the ceiling is very low. How will you manage Sir? ”

“ It is my decision Guniram…This room is just perfect for both of us….”

Mr.Chatterjee looked around. A middle-aged woman, probably Guniram’s wife, stood huddled in a corner. A picture of Goddess Kali – a cut-out from an old calendar adorned the plastered wall, seepage from rain water had created damp, swollen islands all over the walls. An old cot stood at one corner.On a rickety table a fan bearing the name “Sheetal” buzzed along.

“ It is not about us Guniram…it is about you…Won’t you both have a problem with us ?”

Guniram brought out his tongue and held his ears with both his hands. “Tch…Tchh..chi..chi..don’t ever say that Sir. We have two rooms and our son is working in Mumbai. This room is anyway lying vacant…Only the cot and the table….”

“ This should be enough for us Guniram…”.

23 Missed Calls….Mr.Chatterjee casually looked at the mobile screen. He was about to put it off when it started buzzing. Nirmal’s name flashed on the screen. He didn’t want to take the call. “Take the call. Tell them…atleast that would save Guniram from police harassment “, Sudha coaxed him. Reluctantly he received the call. Before he could say ‘Hello’ Nirmal’s voice blared loud.

“ Where were you Dad? And where is mom ? I called up Prabhat. It seems you had signed a bond and got out of the home..er..resort..and even cancelled your contract…But Dada said you both didn’t return home. Where are you ? Your phone is switched off since evening….” .He would have perhaps continued for some more time when Mr.Chatterjee cut him short.

“ We are safe and sound…We have both found a comfortable place to live for the rest of our lives.”

“Dad, I heard that you were annoyed that the room did not have a fan. AC rooms were too costly and Dada had said he would definitely arrange for a fan soon…”, he sounded apologetic.

“ Son, all my life I have dealt with fans, I’ve also enjoyed the luxury of AC cabins and rooms…For the first time in my life I am enjoying the breeze all around me – pure and unadulterated freshness…And may I request you one thing? Please do not search for us…let us both enjoy our lives the way we want to…”.

With a single press he disconnected the phone. Then he opened the back cover, took out the sim  and threw it away. It took a parabolic deviation and vanished in the darkness of the road.

“No,no, no….I want to eat there”, Sudharani pointed to a shanty eating joint at the turning of the road. Mr.Chatterjee looked bewildered at the joint with a yellow bulb being the only source of light.

“If you love me you will take me there to have our dinner….I want to have fiery red fish curry and rice…with loads of potatoes”.

Mr.Chatterjee looked amused at his wife’s request. She sounded not more than a thirteen year old. He pulled her nose to tease her.

“ Flat-nosed lady…I will take you there…provided you sing that lovely Bhajan for me tonight”.

“Sharp-nosed hawk, you don’t want Guniram and his wife to stay awake the entire night, do you?”

“ I can consider your request Chatterjee Babu, provided you don’t let that roaring Sheetal fan disturb my concentration…How I hate that table-fan!”

Mr.Chatterjee roared out in laughter. “ Be careful lady, let the outsiders not hear that. It is a product of your husband’s company afterall!”.