You are here: Home / Social and Moral / Crimson 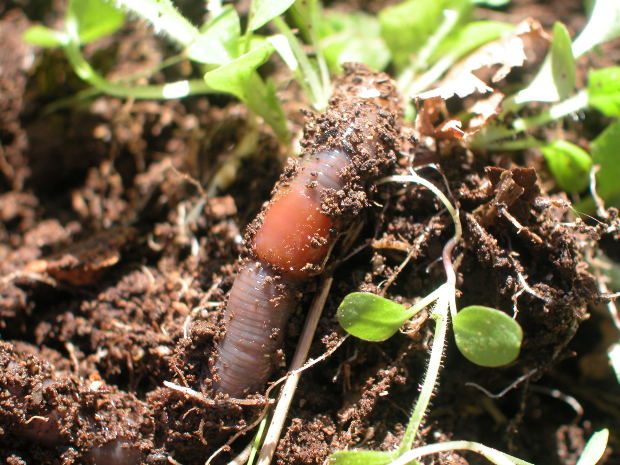 Dear reader, this is my latest short story. I dedicate this story to the acting phenomenon, late Mr. Rajesh Khanna, the evergreen superstar of Bollywood.

This time, he stopped and with what seemed a strained move, raised his long head up. “Me?” he asked. I was not shocked. Of course, I am not lying. Just because I want this story not to be about the astonishment and shock in discovering a talking earthworm, which I named “Crimson”, I wouldn’t lie. Naming him Crimson had other reasons too. His skin colour was the last of them. It was a rainy June day, but that morning, rain clouds came only after the sun rose crimson and thick. It was an off day since it was the Day of the Departed Souls for the Hindus.

“Did you call me?” the earthworm asked once again.

I was a bit nervous thinking if it would be a problem just naming an earth worm on random instinct. I was crazy. It was my intention to float on my imagination and creativity to survive the whip lashing of reality. However, I was not at all imagining the pleasant voice of the worm. It wounded rather pleased.

“Yes, I am sorry if the name offended you…friend” I hesitated.

“It’s a very good name,” said the earthworm. “You are blessed by the muse, I can see that!” it added merrily.

“Please don’t take me in the wrong way. Do you have a real name?”

“Yes, I do have, but you might not be able to understand if I say it. It makes meaning only in the earth-worm-language. I am sorry.”

It was strange, wasn’t it? I had a name for someone I met only a moment before. And I was not even sure if we would meet at any time in the future, either. After some time, he would dive deep into some secret caverns in the soil and I will retire to my den.

However, I still felt there was something in us that was common. We both would engage without knowing what lies ahead of us in the secrets of the world we exist; I with words and mind, he with his slithering body and pointed head, which he now rested back on the surface of the laterite stone that lined the courtyard of the house I took as my vacation residence.

An abyss, one foot deep was ahead of Crimson. Probably he could manage to find some short-cut through the porous stone into the earth below towards the direction he was cruising. One quality in him was in stark contrast with mine—he knew how to keep going after a moment of pause.

As I was about to move on with the impact this earthly lesson was bearing upon me, something—a movement near Crimson—invited my attention.

Crimson was about to bump into a troop of ants marching into a hole in the stone. Or perhaps they were coming out of it.

But that was perhaps too loud a voice for Crimson, the earthworm to hear. I saw a small fifteen centimeter, half an inch PVC pipe lying near the stone pavement lining the courtyard, the very stone upon which a merciless assault would soon draw ‘the end’ curtain to the life of my latest acquaintance.

I took the pipe and placed it in front of Crimson, in an attempt to make him crawl inside through the mouth of the pipe. I knew he couldn’t move over the slippery surface of the pipe. Therefore, I did not try it that way.

As his pointy head touched the pipe, he drew his flowing muscular movement to a pause. He raised his head in a disdainful swing and asked me, “What in the world are you doing?”

“What!” he said in a sudden and indolent tone in his voice. “This is not the way to deal with it. Come on! You human; you have no idea!”

Now that was offensive! It was pure racism.

Crimson changed his route with a turn rightward from the pipe. I put the mouth of the pipe in front of him again; this time with a silent agitation, but with genuine interest to save him. He swiftly swung his body again. This time, however, the ants were close. So close that one of the ants’ antennae touched Crimson in his head—a moment of shock, silent astonishment and destiny. Predator and prey, eyes in eyes.

Even though, that was a moment that might take away my racist friend forever from me and I might be destined to witness a wild conflict for survival and existence right in front of my eyes, I felt a sort of grandeur associated with it. It was when nature revealed one of the most intriguing of its secrets close at hand. Killing to survive. No bar, no judiciary. The only rule was the rule of existence and survival.

I didn’t know what to do next. Crimson might be killed and the ants would take him to the deep caverns of unending storage. That was good for them, but I felt it unjust against my short time acquaintance. The ant opened its tentacles and moved closer.

I closed my eyes, but suddenly opened them as I felt something rubbed against my arm that was extended towards Crimson to offer him the mouth of the pipe. It was a black fly with a pair of silver wings.

As I watched, the fly sat on the ant that was touching Crimson with its antennae and opening its tentacles. When the fly rose in the air, there was no ant. I didn’t know that flies eat ants. This fly did. It was a big one and was decidedly hungry. But I knew the curtain of end was still imminent. There were ants, by this time, on the slithering body of Crimson. And that made him swirl his body more.

Hope has a mysterious nature. It arrives when we least expect it and even at times when a huge storm had nearly devastated our belongings. Sometimes, I felt, hope was an element that the air is made of.

Two more flies, black with silver wings flew down and landed on the earth worm. They had trouble balancing themselves on the swinging Crimson. But they did.

When hope condenses on the grasses like snow, the best thing we can do is to give a hand-stretch of help. I had made my mind. I dropped the piece of pipe and picked Crimson using my bare fingers and dropped him on the soil below the lining late rite stones.

The swarm of ants spread across the stone. The flies were hunting their lunch too. Crimson straightened up and raised his head to look at me. There was contempt and frustration in that look as if I had intervened into a superior event that my human stupidity could hardly grasp in meaning and dimension. I knew he was part of nature, but without me, nature would never fulfill its destiny; I am part of that same nature too. I wished I could have the magical gesticulations of Rajesh Khanna, the seventies superstar of bollywood, with which I could have somehow managed to keep Crimson calm. But it was wishful thinking. Rajesh Khanna was dead, unlike Crimson, who hurried into a hole under a swell near the place I dropped him.