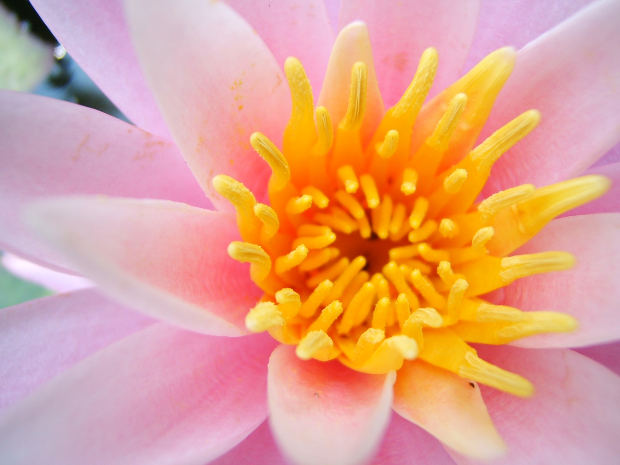 The rain had stopped before half an hour. But the moisture from continuous raining hung in the air and gave the feeling of a poignant painting imprinted in front of one’s eyes. The trees, the lawn conquered by weeds and wild plants that flower, multiply and still live an eternity, the cars parked in the courtyard, the flag of the students’ union, the class room with students and the teacher, every thing about that place seemed as if they were part of the portrait.

I was discussing Untouchable with the students of MA English Literature, the novel by Mulk Raj Anand, which dared to tell the story of an underdog for the first time in Indian Writings in English; part of the syllabus in the University I work as a Lecturer.

Their judgment about my teaching methods was not very much heartening from the routine feedbacks taken by the head of the department. Perhaps my strategies were new and not similar to those usually employed in the academic circles here. As usual, I enquired the students for their feedback on the novel unsure about how they would react. And the discussion traversed in regions that even my attention had not reached, as a teacher. They are all doing extremely well, I thought.

But then I found my gaze fixed at a point in space outside, where the cars parked, through the windows at the left corner in the back of the class. And I felt for almost three or four seconds as if I had been witnessing a movie. A scene flooded my eyes that were much familiar to my conscious understanding and memory. I had been here before, I heard myself mumble. The girl who sat in the front row, in front of the rostrum started saying something. Perhaps she was asking a question to me. I heard my voice again, “Please wait a moment.” But the girl without responding to my request continued with her question, which I could not make out.

Déjà vu. It was the feeling of re-living the present, or perhaps the shock of meeting the past in the present, a distortion in time at an unexpected moment of placidity and quiescence. It happened with me in the past too, especially during my adolescence, when I felt moments of absolute awareness of the present as re-living a memory. The only difference with this time was that now I knew the time in the past in which I witnessed this scene as clearly a moment I could trace back, whereas, in the past I could not locate the moment at which I lived that very slice of the present, déjà vu.

I raised both my hands and made the class silent. And to surprise my own senses, I asked,

“Do you believe in Déjà vu?”

The whole class was a bit surprised at the incongruity of the question, and it followed the inevitable; silence. I asked again as the zero response had started upsetting me. Then I saw the girl in the back seat nodding affirmatively, and I smiled.

“I had seen this moment before. I had a déjà vu.” I said.

I tried to focus upon my déjà vu. And I found the trace of a memory slowly retreating after its surprising leap into my present. I stepped upon it. And it hurled its long tail at me. It was the memory of one of my dreams that I had during sleep. Now I remembered the dream; what happened moments before, was exactly what I saw in the dream. I was teaching in the MA Literature classroom in front of the students, the exact number of students present at that moment in the real classroom, and cars parked outside, and I looking at a point in space in the parking lot, and the weather the same picture in which moisture envelops everything natural and transcends them to the world of the uncanny.

But when I had the dream, perhaps I was working at another college, the graduate college where I worked before joining the university as a Guest Lecturer. I remember still, my own disbelief of the dream. At that point it was just a wild dream occurred at some point in my sleep, and I never believed it to happen in real life, just like any average human being who, without any reason, is proud of his rationality. Because to be a university Lecture is usually not something a fresh graduate can dream of.  But now, I had lived it in real and had seen it unfolding in my past when I never believed its possible existence in my very own future.

Sometimes you fail to know your precious moments, but if you really deserve them and if you trust yourself to be capable of living your dream, only then, some of those special moments would reveal themselves and you would know.