You are here: Home / Social and Moral / Let’s Razz CAFE… 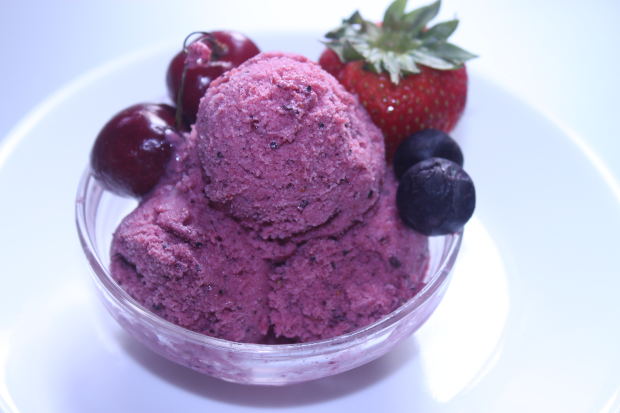 I have this weird uncontrollable craving for food whenever I go heavy hear-ted. My mind makes a yummy snaps of all sorts of food whenever a full effect of pain hits me hard. This evening while driving back home, with slow tone music on, the memories that left me numb started unfolding, making me live again those happy fun-filled days, but now with eyes-filled. I started feeling my heart going down with sorrow and my eyes going weak to resist being dry. I ordered my brains to stop making bittersweet imaginations while in reaction, it insisted me to change the motive which was hitting them all through my ears.

So, I decided to change my playlist from sad to party. Honey Singh’s new rap One Bottle Down made my mood swing one step up. Well, even that went in vain. I was again back to that sad emoticon and removed my useless earplugs. It was now came the turn of my dear brains taking control over me and choosing an instinct that would exactly make me feel better. Food! I started feeling hungry and eventually my mind switched to my appetite to focus on leaving all my sentiments aside. I started thinking what would make my tummy kush. Vivid imaginations of a catalog of food items crossed through my mind. After a lot of rejection, I opted Ice-Cream. Yippee!

It was almost a year-after I was yearning to eat Ice-Cream. As I’m not a freaky foodie, I usually avoid most of varieties and ice-cream is one among them. Today, a glimpse of my imaginary Ice-Cream made my mouth watering. I decided to go to a near-by Ice-cream parlor which has its fame at least in my area.

While on my way, I saw a small shop decorated in all red and attractive enough to catch one’s eye. The name of the shop read ‘Let’s Razz Café’ was glorifying in crimson red color under the yellowish-orange light of an incandescent lamp. I don’t know why I was so damn attracted to the place, I decided to try out in there.

A small piece of area was beautifully turned into a nice hangout place. The entrance was decorated with red colored door hangings which had  small beads that shined as they were hit by yellow lights. Inside, the cafe had exquisite bamboo furniture. It had 4 pairs of bamboo log chairs and a table each. As I entered, a light music was playing adding more beauty to the place. The place was appealing, made my lips stretch and I was smiling from inside. Yes! Definitely I felt better and the place was just perfect to boost up a dull evening.

I went inside and I glanced through the menu. Meanwhile, the shop owner came near me with a warm smile on her face and informed that they do sell snacks other than ice-creams. Her face looked familiar which made me give my brain a little work to fetch from my cache memory. I remembered few days back while walking through the way, they were selling the pamphlets of their newly opened shop and attracting people by their sweetness. My eyes caught the way they were addressing people and speaking to them so politely, giving a description of what they sell and how they prepare, I had thought they have got a good idea of marketing. Then, I just ignored and moved on.

My heartfelt light from the ambiance and I was excited to order some in order to make my appetite feel light. I ordered a ‘Prince of Darkness’ as it described as a dark chocolate cake served with two scoops of any two Ice-creams, poured with chocolate syrup with choc-chip or nuts toppings. The picture of it looked seriously yummy and made me more eager to have it.

The shop owner had a same genuine, warm smile on her face throughout giving service and had a gentle attitude to treat customers delightfully. She served me the ice-cream after few minutes. It looked more delicious in real than what I saw in picture. A glass bowl was full with Dark chocolate and vanilla combination. Four to five pieces of dark chocolate cake were at the bottom of the glass, they were decorated on top right side by white colored vanilla and left had golden brown butterscotch. On top of both of them, dark brown chocolate syrup was poured which got accumulated at the sides of glass tempted me more. The choc-chips and nuts that on top of all was another add-on to the exotic beauty.

I took a spoon, dipped into the chocolate syrup and put it inside my mouth. My taste buds activated like never before and tasted delicious. I had never fantasized about any eatables before but this was something that made me feel heavenly. Cake was just up to my taste, it was dark and luscious. I can say I was lost when I ate a piece of cake mixed with melted drops of vanilla and butterscotch. The time I was done eating, felt myself back and was smiling for no reason. I was happy and my tummy was happy.

I cheerfully went to the bill counter and paid the bills. The shop owner was keen to know how the food tasted and I could just say ‘No words’. Yes! There was no need to describe it in typical words. My lit up face, my sparkling eyes, my radiant smile said it all. Everything at that place was perfect, at least they were perfect for me at that time. I thanked them for making my day and left happily.

I thanked my brain for choosing me right option of eating ice-cream.  I thanked shop owners to open their shop on my way. I thanked myself for taking sometime and making myself happy. I thanked God for all fortune.