You are here: Home / Social and Moral / The lost legacy of forgotten things 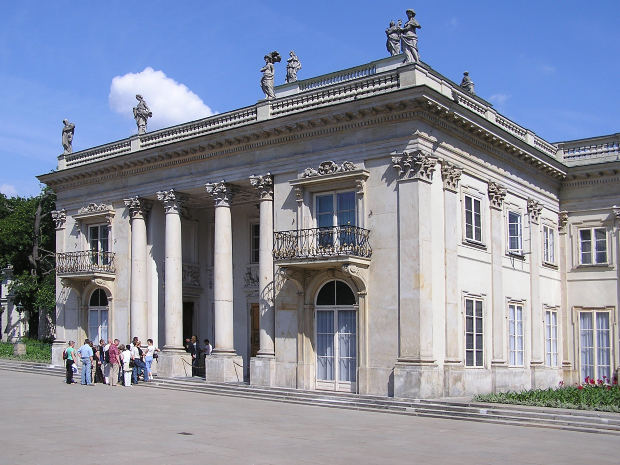 Amongst a heap of discarded possessions lies the insignificant molded metal of a cup. It glints faintly with the remnants of a lost glory while passersby remain aloof to its troubled trace through history.

Welded from the sword of the fallen King, it was presented to the victorious Emperor by the defeated republic of a forgotten land. Delighted, the Emperor used the cup for the best of wines as he lay waste to the abundant opulence his conquest reaped. Spurred by his own obsession with power, the Emperor’s first son laced the rim of the cup with poison in a successful bid to win the crown. Soon after he ascended the throne, he marked the beginning of what was to become the reign of the Mad King by lodging the cup into his jester’s head over a poorly worded joke.

The city mortician, ironically prone to empathy, cleaned the cup of fragmented bone and brain matter before gifting it to his unusually somber helper. The boy, lighting up instantly, begged his master’s leave and raced to the city port. He caught his sweetheart just as she was about to leave. They would never meet again, but the cup would serve testimony to the moments shared and the moments yearned for.

As his lone figure faded with the stationary port, she clutched the cup tightly. For the remainder of her life it would serve as a source of solace. It was proof that somewhere out there she was loved, she was wanted. It lay on her mantle for years after her death gathering dust. When her lethargic descendant uncharacteristically thwarted a burglary the thief in question grabbed it (only thing he could get his hands on) as he sped out.

Hungry and homeless he lay by the road every night. Water dripped from an overhead branch and periodically filled the cup. He survived on this and the occasional coin someone dropped into it. When a passing merchant took pity and offered him labor, he left in promise of a better fate.

The token of power,hate,love and life lay where it was, its memory to be archived with the lost legacy of forgotten things.