You are here: Home / Social and Moral / Ambition knows no bounds 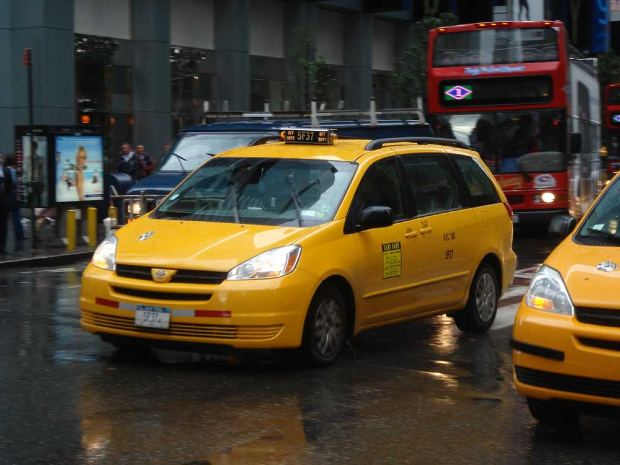 “Good Morning”, the driver said while still looking at his smartphone. I was startled by the voice and the fact that it was 3 PM. “Sorry Sir. Good Afternoon”, he said finally taking his eyes off the smartphone and paying some attention to me. I am not used to such niceties from cab drivers in India. I thought the interaction would end after this series of greetings. I did respond politely.

The journey would roughly take 35 minutes, I thought. The initial impression would quickly evaporate or so thought I. The driver started talking in clipped English. He seemed to have worked in the corporate sector for eight years in various roles rising up to be the team manager. The companies he had worked in were all blue chip. He seemed to have a good rapport with all his supervisors but the last one.

He started telling me how he spoke to all his passengers. People who would not talk initially would suddenly open up and involve him in long conversations. There was a guy who was so impressed by him that he tipped him 100% of the bill. He also bought him beer. He would meet all kinds of people. Some would haggle with him over the bill and he would reason with them and get away. Over a one year period he had bought another car. That car was driven by a hired hand.

He seemed to have studied in an army school. After grade twelve, he could not continue his education and that’s when he took up a job in the business process outsourcing sector. He quit one of his jobs because his ID card changed and he did not like the color of the tag. They also had to wear the ID around their necks. They couldn’t attach it to their waists. Some weird reasons for quitting jobs.

He started talking to me about his future plans. He wanted to immigrate to Canada and drive big trucks. This way he would be able to secure his family’s future. He had a young child and that is why his wife was not working currently. She was a trained beautician and would resume her career soon. They lived with his parents. He wanted to shift to Canada alone initially and then to call his family to join him.

I was surprised to see such clarity in thinking. For all my education, I am still not clear about tomorrow. I can’t even dream of thinking so far in the future. As soon as my journey ended, I wished him good luck and saluted his pluck and conviction. I wished more cab drivers were like him.