You are here: Home / Suspense and Thriller / The Night Before Halloween 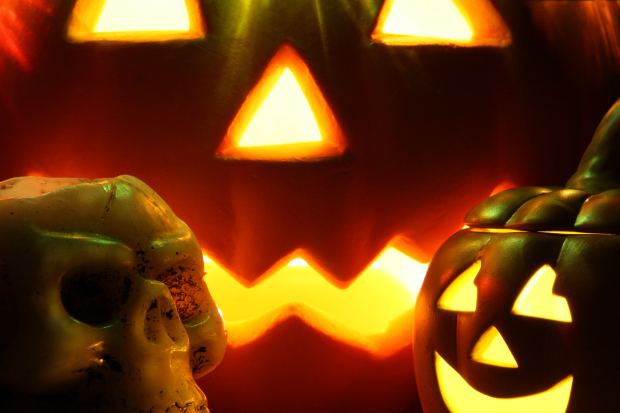 It was the night before Halloween when Katie, all by herself was wandering in the streets. Suddenly, a bus pulled up beside her and the bus driver said ‘ care for a ride?’ First Katie asked where the bus was going. ‘ The bus will be going to SPOOKY Hilton Road.’ answered the bus driver, whispering every word. Katie agreed but she was quite afraid and curious why the bus driver said ‘SPOOKY.’ Although Katie was scared, she leaped onto the bus and was out of sight in no time…
Soon Katie had arrived to the destination. She saw that there was nowhere to go so she had to go and stay in a hotel. ‘Here you go, you can have this hotel room ticket, room 23, Haunted hotel,’ said a strange man at the back of the bus. Katie accepted the ticket but she did not know what kind of scary things were in room 23. There it stood right in front of her, Haunted Hotel…
Katie entered the strange hotel and began to talk to the receptionist. ‘Hello there, can I help you?’ asked the receptionist. Katie showed the receptionist her ticket. ‘Oh, my goodness!’ said the lady, out loud, ‘ROOM 23?’ Katie nodded. ‘What is wrong with room 23?’ asked Katie.
‘Oh, nothing, nothing wrong,’ answered the lady, in a suspicious way. The lady told Katie to follow her into the room. Katie listened again and began to follow her. ‘Are you sure you want to stay here?’ asked the receptionist, one last time.
‘Yes of course,’ she replied.
‘Okay then,’ said the receptionist, ‘here is your room. Katie wanted to go back home but then she thought that it would be too late to catch a bus at this time.
Katie entered her room, it was extremely dark and poor Katie could not see a thing. [Not even her own reflection in the mirror]
‘Excuse me,’ Katie said to the receptionist, ‘what is your name?’
‘Oh, my name is Rebecca and my sister, Emily, will be your maid,’ answered Rebecca.
‘So, Rebecca can I meet my maid?’ asked Katie, ‘and also is there any light?’
‘Here is your maid, Emily and I am very sorry but the lights are out,’ Rebecca replied.

Katie made a frown, she told her maid to come in and to light a candle. Unfortunately, there was on one candle so they could only see some furniture and luckily each other. Katie fell asleep on her bed so quickly that anyone could tell how sleepy she was.

It was 10:00, late at night, Katie started to have nightmares. In her dream she was lost and all she could see or hear was threats and ghosts coming closer. 2 hours later Katie screamed out loud and woke up. ‘Aaaaaaaaagrh!’ she screamed. She looked for her maid but she was nowhere to be seen. The candlelight also went out. Katie saw that a light was shining in the room but it was not daylight. Suddenly some skeletons caught Katie’s eye and they started to glow with luminous color. Next to the skeletons was bright chest and Katie had the courage to open it. After she had opened it there was a massive explosion and smoke started to come out of the chest. A letter came out and Katie began to read it…

The letter said ‘whoever has stayed in this room over night has turned into a vicious zombie.’ Katie was very scared; she did not know where to go because the room was locked. The time had passed from Midnight to a few minutes past. Then she tried one more time to call Rebecca and Emily.

‘REBECCA, EMILY!’ she shouted. Katie thought nobody was around but she was wrong…

‘BANG!’ there was big noise and then a growl. Katie wanted to know where the noise came from. Unexpectedly, Katie saw a giant figure standing in the dark side of the room and she began to shiver. Katie then remembered that she had a torch with her and started to raise it up slowly towards the figure. When the light shone on the figures face Katie, in shock, dropped the torch. The figure was obviously not human, it’s face was bright green and with red spots all over it. The strange figure looked like her maid, she also had the same hairstyle and color. ‘Who are you?’ Katie whispered. ‘Grrrrrrrrrrrrrrrgh!’ a sound came out the strange person’s mouth. The lights suddenly went on and Katie was in for a surprise…

She found out that the figure was a ZOMBIE! Not only that but she remembered that the letter said that anyone that stayed here over night, would turn into a zombie. The person that had been turned into a zombie was… Emily, her maid. Katie was very scared and Emily started to walk towards her. All of a sudden, a bat swooped past and hit Katie on the shoulder. The reaction of Emily to the bat coming near her was surprising. She looked as if she was frightened of the bat and this gave Katie an idea.

Katie found a giant sack with bats trying to escape and she threw the sack on Emily, which distracted her. So Katie had a chance to escape. Katie ran and ran until she arrived home. Katie was relieved that she was back home. Now she realized that she should not have listened to anyone or wanders alone in the streets. [Especially at night]. Hopefully Katie won’t end up in this situation again.