You are here: Home / Suspense and Thriller / MY BEST COMPANY!!!!! 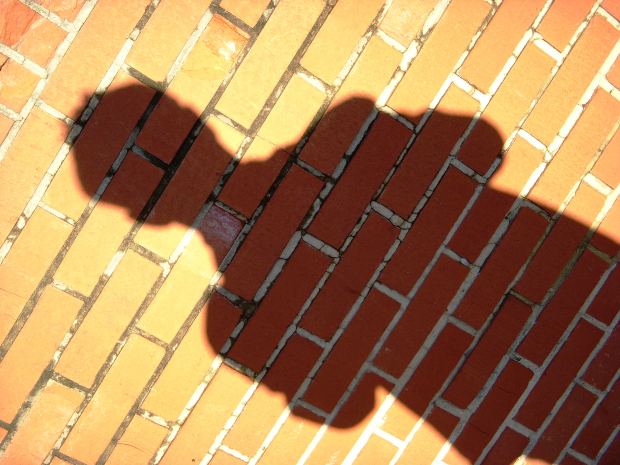 As a kid I would often lay my head on her lap and then she would softly caress my forehead with her hands,the sounds of her bangles would sooth me. Whenever she would see me tensed,she would hug me and say,’don’t worry darling everything would be fine.’I loved her the most.We were like each others alter ego. Like.Like best-est of friends.She could never see me cry.My tears would tear her heart apart,she would dry them with the end of her sari and sing to me her favorite lullaby,”you are my sunshine….”.

But in the blink of an eye everything changes. People often say I am weird,I don’t talk much,but they don’t know that I have my own company,one I would talk to for hours .Right!!

‘OH! don’t act like that,you know I am talking about you…’

“Where were you for these many years.Did you think I didn’t need you.I cried so much when you were gone.Everyone said that no one would be able to see you again so how is it that I can see you now?
I missed you so much…
Never mind,tell me,did you receive my letters. Mom would always scold me when she saw me burning those pages with your name written on it.You know mom is suspicious of us. She often asks too many questions about my whereabouts like ‘where were you for so long?’
or “What do you keep on doing in your room the whole day”,”why don’t you interact with everyone around”and many more.

I think she is worried, she often takes me to this psychiatrist. Wasoon. I don’t like him, he asks too many questions.Oh no no,don’t worry I won’t tell him anything about us”.

I could she a frown on her face but a smile spread on her face when I hugged her tight.She was no more than a silhouette in the pale light.

I am usually very careful about our privacy but this time I was so much engulfed in our conversation that I had forgotten to lock the door from inside. For once I thought I had seen someone peeping in my room but I continued talking to her. I was about to kiss her when I heard mom,taking aback by the scene,come running towards me,she pulled me close to her and started shouting-“who’s it ?leave her alone I say.what are you up to, she is just a kid.”

She started shouting for help.Her eyes were bloody red,I could sense the pain in them, but still I didn’t like the interruption and I pushed her back with all my force.

Though this aversion of mine was not new to her,I could see tears flowing down her cheek. I wanted to hug her tight and apologize but this love was nothing in-front of the indifference she had shown towards me for all these years so I decided to lock myself in the room instead. I kept on thinking about the love she had shown towards me,why now,why not then when I needed it the most,why was she making me weak now,her indifference has lead me to this misery and now I am used to it. And there is only one person who can sooth me out of this pain.. only one,and soon I would be with her.

Sometimes I wanted to tell everyone,yes all of them,who she is,but then everything would come to an end, they would never allow me to talk to her again and now I can’t risk that.What if I can never see her again.The fear of being abandoned yet again sent a chill shiver down my whole body. I am fed up of this mundane life. Why can’t I go with the person I love the most. What is wrong in that. Not anymore, I would ask her to take me with her in the morning. She had promised me that. I want to see the place she has beautifully described:the trees,the beautiful pond and the soothing weather.I was tired after all the drama so I decided to lie down. I played the lullaby she would sing to me,”you are my sunshine,my only sunshine,you make me happy when skies are grey,you will never know dear how much I love you,please don’t take my sunshine away!!”

Those words nurtured me,it kind of resembles my life.

Lying on my bed, I stared at the moonlit sky from the window,the night,filled with silence,was my second best company,it arouses so many comforting thoughts in my mind.Like Many times I just want to leaving everything behind,break all the ties and start a new life,a new place,a new name,a new person.But I can’t leave her,she is the soul purpose of my life.

ALTHOUGH to some,her presence brings the deepest consternation,to me she is the most worthy of greatest admiration.

Next morning she agreed to take me with her that very night.Excitingly I started packing all my essentials,it would be a long journey.I packed my favorite clothes,my Dodo,the bracelet mom had given me and a book which was a gift from a dear friend.While I was engrossed in packing, my friends came to see me .

Astonished by the sight Kiara said “Chaaya..what are you doing,are you going somewhere?”

I wanted to ignore the question,but then I had ignored them for so long and now I was going to leave them,forever,so I decided to give them the affection they always desired. I didn’t know how to tell them about my departure and to make it easier I quoted few lines which were,”Everybody has a secret world inside them.All the people in the entire world.No matter how dull and boring they are on the outside,inside them they’ve all got unimaginable,magnificent worlds.”

‘Many few get a chance to live it and luckily I am one of those.But don’t tell Mom about this’ I continued.

Seeing their love for me I was overwhelmed and with no control over my emotions, I started to shout,fingers pointed towards the window-pane”,look-look I told you we have got the similar eyes.”

They were dismayed at my reaction and had so many queries,but i stood quiet.I know all their queries would be answered in a few hours.

Later that day,I went to mom and apologized for all my sins against her.Her face lit up like a newly bought chandelier.After all she had wanted me to accept her. She went to get the camera and then clicked our picture.This was our first and probably the last picture of ours together. I asked her for a favor,giving a peck on my cheek she said,”even if its my life ,say what is it that you want.”

Why had she been so late in expressing her love for me.But I couldn’t be weak now.Gathering enough courage I asked (as was told to me by HER)”could you burn a bundle of notes having my name written on it for me,please”.Though she was appalled at the request,she agreed.

After the dinner,I went back to my room and tried to catch the glimpse of everything I had for the last time.
Never had I waited for a day so desperately in my life,I could no longer wait for it.She was going to take me with her today,we would be together from now on.This was surreal.I tried to sleep but were not at peace until I saw her sitting at the windowpane.

She came and sat beside me.She asked me to close my eyes.We succeeded as I lay,still in her arms, like a baby nestled in the arms of her mother.This was it I wanted the most.This serenity had never been granted to me before.

At first it was a little painful but once I had left the body I could move easily.DEATH,Something which usually separates people, had chauffeured me to her.

I know they will mourn over my death now but sooner or later they will accept the fact that it’s now when I am the happiest,and now have I found my best company!!!