You are here: Home / Suspense and Thriller / Toboggan (Part – 3) 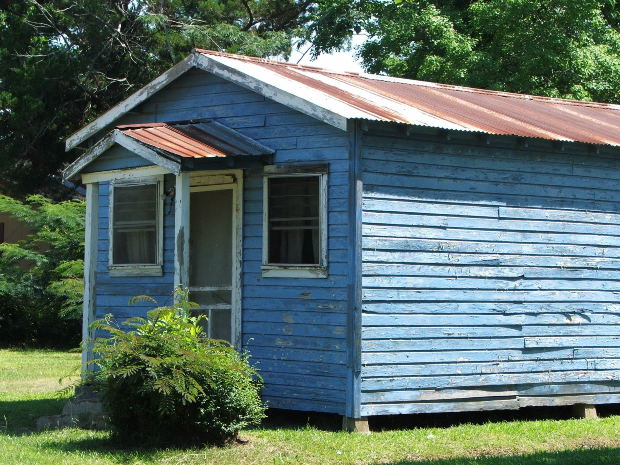 On the other side of the ground, the multi action kinda robot took Thiya inside, more seemed to be an tunnel. Thiya was unconscious in robot hands. It was pretty strong enough to carry her, even though it was small. It entered into an well sealed door with lot of equipments related to research. It put Thiya on one side of cabin inside. Then it came to his master and waited for him to order its next work. Master ordered it to give the sample edges to Thiya on regular basis, which was kept for researching.

On the headquarters, signals were totally lost, but the personals were continued to dig the ground as much as possible, but in a relaxed manner due to heavy rains pouring out in alternative days. I was quite a pillock, I should have been sceptical about this trial. Now, I lost both Lea and Thiya, and Saun was under almost in a comatose stage. I should have thought it twice before including Thiya. Thinking that, I slept in my chair owing to tiredness. I didn’t know when I slept. But when I woke up, it was raining still.

I saw the time in my watch, it showed 3.10 am, something stroked my mind and I ran towards my car neglecting the rain. I quickly pulled it towards my home. It was little bit hard to drive smoothly due to dampening of rain all over the roads. I entered Thiya’s room to check out her closet. It was bit old type of closet, you could easily open it without keys. I searched for the gift that I gave her last year. It was an MIMO watch with all upgrading software. It rarely could interfere by other signals. She loved it so much, she used to wear those, even in sleeping time. I quickly opened the gift box to see an device, which I used to communicate with her when I was at outstation. I switched it on, but it went into low battery. It was high rated multiple battery, I don’t have any source right there to plug it on. I quickly closed that and took that device to headquarters. I plugged it with its original cord and I was able to switched it on within few minutes. I could communicate with her, but it didn’t show any receiver signal. I was motion less, the least I could do is communicating with her through her watch. At least I could trace the signal, but all my hopes were shattered within a few seconds. Everything was in all vain. But we didn’t get any threatening call till then, we would know that they were safe under control.

On the other side of the ground, Thiya opened her eyes to see somewhere very sophisticated kinda room, the doors were locked with certain embellishment. The robot brought that so called edges sample near Thiya. When she heard a creaky sound, and she was aware that someone was opening the door. She quickly grabbed some steel rod in her hand behind her and disguised her to be in unconscious state. The robot opened the door and saw the disguised Thiya, she was supposed to gain conscious, but she was still lying. It went near her and pulled her, at the same time she tried to hit him with a steel rod, only to found that was an tiny robot which was made full of metal. The tiny monster grabbed her one hand and squeezed the other hand with its force. Thiya cried out in pain. The robot grabbed her chin to made her to open her mouth for edges. It made her to swallow the edges solution. When she tried to freed from the little monster, it strangled her with a hit in her hand, and her watch strap broke which fly over to the crook of the room from her hand, which hit the wall and fell down.

At the same time on the other side, in the headquarters, I was staring at the map on the screen unknowingly what to do next, which eventually made my heartbeat rapid. Suddenly a blink of red light appeared on the screen. I was extremely happy that her watch had been activated. I could go and retrieve back them to the safest place. Nelson told me to guide the officers along with me. The signal showed the location of old worn out abandoned school due to major accident happened four years before, which was 200 meters away from here.

We quickly rushed towards the school, some of the personals were asked to dig the ground manually for the counter attack. I entered with other two officials, I closely looked out for any clues, but there was only mere silence. When I reached the laboratory which was pretty old, I opened the door and entered, and the door closed automatically. There were full of dust. It seemed to be creepy room, but there was eerie silence, till then I heard a huge sound. Oh God, it was a cat jumped from the broken window.

Then I was relaxed, that last for a minute or so. I heard a thumping sound which was getting louder like traveling near towards me. It suddenly stopped, followed by a drawer shatter sound in which it was trying to open vigorously with some resistance. I was literally feeling cold. I made up my mind that was nothing to be worried about, it’s just my imagination. I travelled forward to open the drawer, lately the shattering sound was stopped. My strong determination had been shattered some what inside. I stared at the drawer for a while and dragged myself to the next view. It was a old rusted globe, I tried to touch it, but I didn’t want to get my hand dusty and quickly stepped to stomp over something which was sticky green color fluid and I disgusted to see, lost my balance and landed on the globe in the table.

When I made myself set right to get up and looked the globe which was rotating now due to my landing. When i clearly looked into it, each rotation showed some direction and it stopped at exact northwest direction. The table was engulfed inside to show a way to the ground. It seemed likely to be an downstairs leading to the vault. When I reached ground, a door with sealed lock appeared in front of me. I thank God that I brought my rescue bag, I searched deeply inside to take a jammer. I quickly opened it with the help of seal opener jammer device. It was quite cool to handle that device which I wasn’t supposed to do at my entry level.

When I opened the main door, it has six rooms with closed doors. I slowly opened the first door and entered to see a boy in a glass room. He was scratching the door with a key. I showed my ID and retrieved him to send back to the safest place through the main door. I quickly retrieved other children including Lea and sent back to safest area where the other two officers were there, but I couldn’t find Thiya in none of these room. I moved slowly inside to find two other rooms with door painted blue. I should be more careful to open the fateful door in search of Thiya. I made up my mind to open the first blue door and shocked to see the scientist tied in a chair and plaster on his mouth. who was the kidnapper then?