You are here: Home / Family / The Maniac Family (Part I) -The Biggest Thief 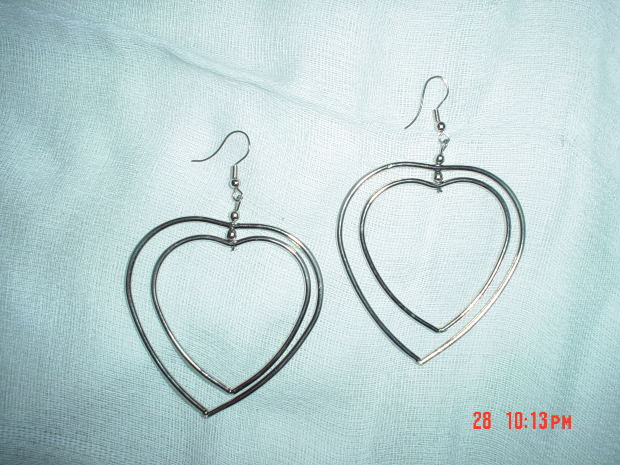 Mrs. Rimi Basu was getting ready for the wedding party; her husband was to pick her up in two hours time. It was a very happy time of the year, the weather was pleasant neither too hot nor too cold, it was the month of November-a month considered very auspicious for marriage ceremonies. It was the wedding ceremony of her niece. Mrs. Basu decided to wear a peacock blue finely brocaded sari, with pearl jewelry and glassy slippers. It took her almost two hours, and it was nearly 7 p.m, her husband must be arriving any moment now. She glanced at herself in the mirror and was pleased with the effect; she radiated a charm even now at the age of forty five and mother of two grown up children.

Her smart phone vibrated, it was Mr.Basu, he said “I am waiting at the gate, are you ready?” Mr. Basu was the proprietor of an IT Consultant company and an extremely busy man.

Her husband replied “No, honey, I refreshed at the office, now come along we are getting late, aren’t we?”.

Rimi slipped her phone into her silvery clutch and picked up the small gift parcel lying on the bed, gave herself one last glance in the mirror and hurried to leave, while leaving she blew a flying kiss to her pet cat Kalu who was ensconced on her bed. Kalu, the black cat had of recently become the fascination of Rimi Basu, this somewhat dismayed Mr. Basu and specially Kalu’s habbit of sitting on their bed was very annoying, yet somehow he tolerated the cat so as not to get into trouble with his dear wife.

Rimi got in at the back seat of the car, her husband was also seated at the back , the children had already reached the marriage venue.The wheel was occupied by a chauffer who had been with them for almost fifteen years now. Besides driving he also attended to various odd jobs for the Basu family. He greeted Rimi “Namaste Madam” and Rimi acknowledged and off they drove.

They had driven for about ten minutes now, the venue was in a farmhouse almost about a half an hour drive from their residence, when Rimi screamed suddenly. The driver stopped the car with a jerk and Mr Basu said “What happened Rimi?”

Rimi said “I think a spider is crawling down my back, Oh! Please unlock the door.”

Mr Basu said, “Rimi its your phobia gain, there cannot be any spider, Debu cleans the car daily”.

Rimi got out quickly and dusted and shook herself, her husband also helped her, the driver dusted the seats and looked everywhere for the spider which was no where to be found so they again proceed towards their destination.

The marriage venue was beautifully decorated and upon reaching it they were greeted by friends and relatives and Rimi’s niece who was all decked up in her bridal dress and makeup and looking extremely pretty gave Rimi a big hug. Soon enough the Borjatri came with their very good looking groom and the to be bride and groom were seated together in the pandal. Rimi whispered in her husband’s ears that it was time to go and bless the couple and hand them their wedding gift.

Rimi’s gift was small but on the expensive side, it was a pair of very expensive gold earrings. The gift was inside a beautiful bag made of hard crystal color paper, Rimi reached out for it and it was then that she got the shock of her life. Her husband noticed her blanched face and looked at her, her eyes were tearful and she could hardly talk. Mr. Basu took her to one side and asked the matter, Rimi said in a chocked voice “The gift is missing”.

Mr Basu pursed his lips and said  “Are you sure Rimi?”

Rimi said ” Yes, see for yourself the bag is empty”.

Mr Basu inspected the bag carefully for any holes from where the small gift box might have fallen off and said “Rimi, are you sure you haven’t dropped it somewhere?”

Rimi nodded her head in the negative. Both of them called the driver and searched the car thoroughly but the object was nowhere to be found. In the end Mr. Basu brought out an envelope from his office bag which was lying inside the car and put in 5000 Rupees in it, sealed it and put the names of the bride and bridegroom along with their names and said to Rimi “No use cribbing dear, let’s now make the best of whatever we can”.

Mr. Basu was also troubled, actually he had deftly replaced the expensive earrings with lesser expensive ones without the knowledge of Mrs Basu. Mrs. Basu was a dear but she had the bad habit of show offing without any consideration for the household budget and would get highly histrionic if her husband prevented her from showing off in an adequate manner. From years of bitter experience, he had now wisely learnt of this somewhat twisted but wise way of balancing all sides. He planned to gift the expensive one to his wife during their marriage anniversary and hence kill two birds with one stone. But now he had to shell off five thousand rupees as wedding gift.

Rimi’s heart would not stop cribbing, she suggested to her husband that may be the driver had taken it, but her husband just refuted that conjecture and said to her that she must have somehow dropped it when she got out of the car to shake off that spider and now that thing has gone and she better forget it and get on with her life.

Rimi’s daughter was now twenty and was in the third year of college and Rimi’s son was just fifteen studying for his board exams. Both of them felt sorry for their mother and offered her many consolations but their mother was unable to get out totally from the remorse of her loss.

The newly wed couple were back in town after their honey moon and were getting invited by relatives for lunch or dinner. Mrs. Basu was also not the one to be left behind in cordiality and so one fine day the couple were invited over for lunch.

Mrs. Basu’s niece was looking more radiant than usual in a rose pink sari. She was wearing expensive jewellery, Rimi noticed that her niece Atoshi was wearing gold earrings very much similar to what she had bought to gift her, only thought Mrs. Basu, mine were more glittery, more pure I think-but what a coincidence, outwardly she smiled and remarked, “nice earrings Autoshi, do you know it is very much similar to your gift that was stolen”, hearing this Autoshi giggled a little.

Autoshi’s husband Hemang who was standing nearby talking to Mr Basu said “But Aunty don’t you know that these are yours only, don’t you know Autoshi is a real kleptomaniac?”

Rimi said “Are you joking Hemang?”,

“No mashi, really, yesterday Autoshi stole an oil brush from the barbecue restaurant where we went for dinner”.

At this Autoshi made a face and said “Well why shouldn’t I? after all we paid a hefty bill and I took the brush in front of the very eyes of the waiter”.

Autoshi satisfied with her victory replied, ‘That was really a good lift, in the shop that mere brush costed Rs 250, can you imagine?’.

By now both Mr. and Mrs Basu were quite stunned and unable to say anything their countenance bore a very pained expression. Looking at their faces, Autoshi said quickly, ‘Mashi, ma told me you are having your marriage anniversary next week, but tomorrow only we are leaving for Bengaluru’, she searched her hand bag and took out a parcel and said ‘Mashi, I know you love reading so much, so I’ve bought you this kindle, if you already have one, then the gift can be exchanged at the store.’

Rimi’s expression eased a little, she said ‘Thank you Rimi, this is really wonderful, no I don’t have one, but seriously Rimi now you are a grown up married career woman you should give up these childish antics of yours, if not for yourself then at least for Hemang, can’t you see you can cause really big trouble?’

Rimi said ‘Aunty yesterday was the last one; I promise I won’t behave like that again’.

Mr. Basu also eased a little, his budget was again coming back to balance and that brought a smile to his face. He said, ‘Rimi, I and Hemang will be having a game of chess, can you send our coffee in my study please?’ to Hemang he said ‘Go to my study, I’ll just join you’.

Mr. Basu went to the washroom of his room, he suddenly thought of checking his briefcase where he had kept the expensive gold earrings which he had planned to gift to his wife. He got a nasty shock, inside the same type of crystal paper bag the small box containing the ring, was missing. Mr Basu sat down heavily on the bed and thought now who?. He traced back the memories of the day when he had stealthily exchanged those earrings. No one was nearby the room, the children were in college, Rimi was busy with her music classes and the maid was in the other part of the house doing her work. Invariably, like Mrs Basu’s suspicion of the driver, Mr Basu’s suspicion rested on the maid, but yet, how could that be possible, he had hardly left the crystal bag on the bed to put inside the briefcase and just then his cell had buzzed, it was an important call and for just hardly a minute or two Mr Basu had stood facing the window answering the call. How was it possible for that maid to obtain the box within such a little time?

While Mr Basu was so busy thinking, Rimi entered and seeing the queer expression on her husband’s face said ‘What happened Atanu?, Hemang is waiting for you’, to this Mr Basu grunted something and made his way to his study. He played badly, the cat seemed to be more interested in their game, the game came to an end when the cat suddenly picked up Mr Basu’s queen from the board and ran away, Hemang roared with laughter and everyone came to see what’s happened and soon every one started laughing.

In their midst Mr Basu suddenly made a yelp sort of sound and rushed out of the room , much to the astonishment of all.

Actually Mr Basu had received his rare brainwaves and his intuition was seldom wrong, he searched inside the cat’s basket and retrieved his lost property and was all smiles again.